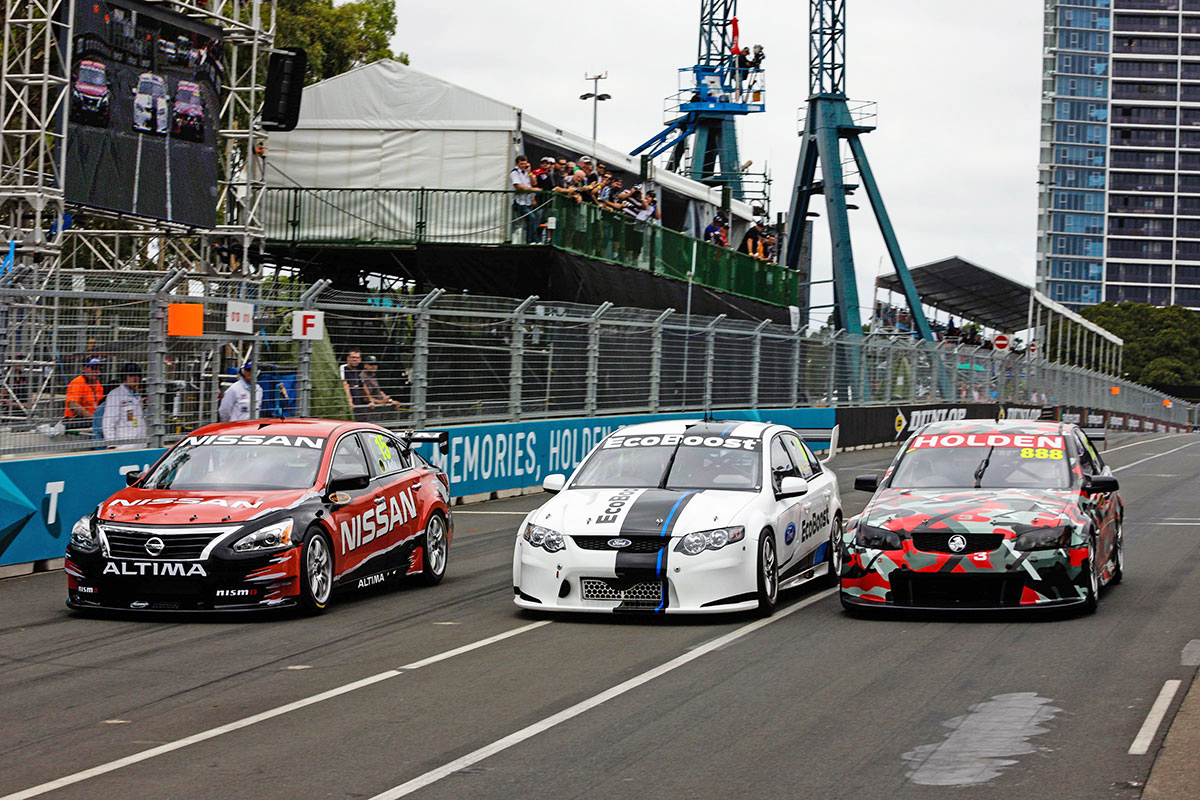 Thomas Randle's Supercars Championship debut will add another chapter to the life of a car that has already played a key role in the careers of several star drivers.

David Reynolds drove the car to his first Supercars race win, Cameron Waters made his first solo Supercars start in it, while Simona De Silvestro, Andre Heimgartner and Richie Stanaway all made their first Supercars Championship race starts aboard the Ford.

The chassis started life as an FG Falcon built by Tickford Racing – then known as Ford Performance Racing – in 2012.

It was actually the first full-spec Car of the Future to hit the racetrack, and was demonstrated alongside the new-generation Holden Commodore and Nissan Altima at the Sydney Telstra 500 at the end of that year, main pic. 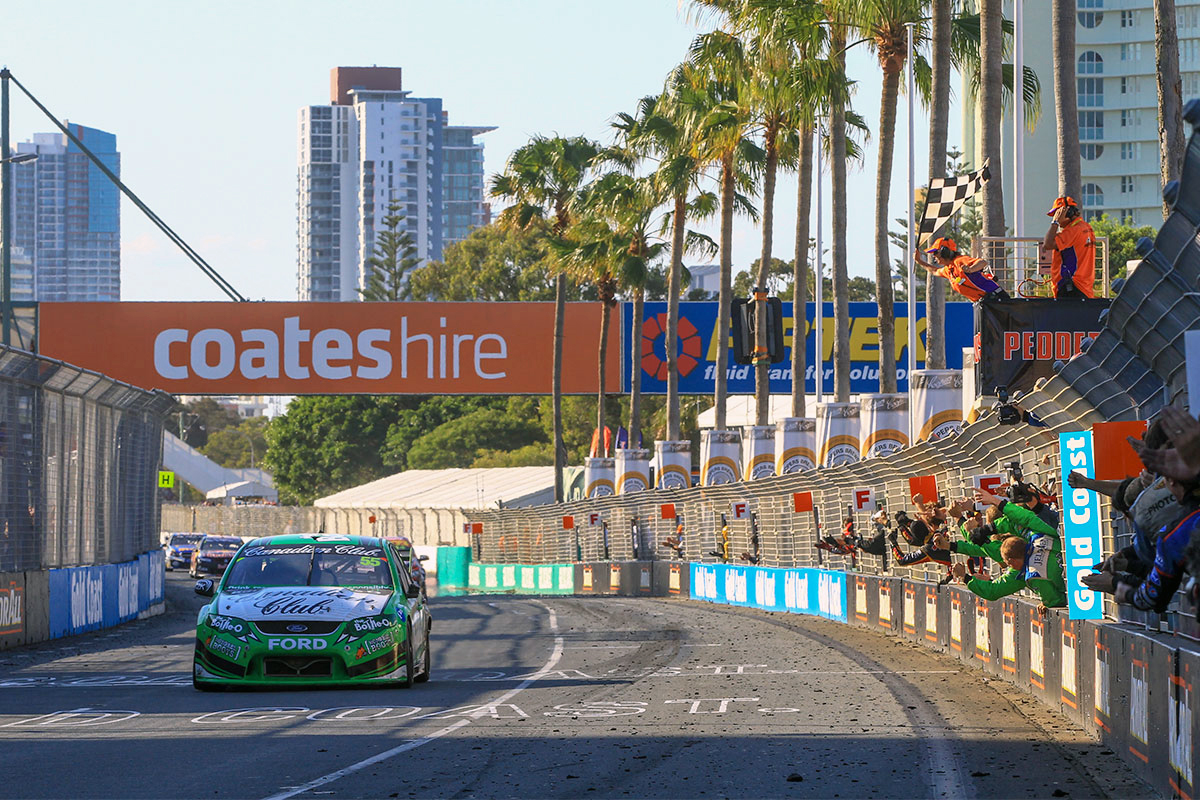 The chassis became Reynolds' car for 2013, claiming his maiden championship race win at the Gold Coast 600, joined by Dean Canto. 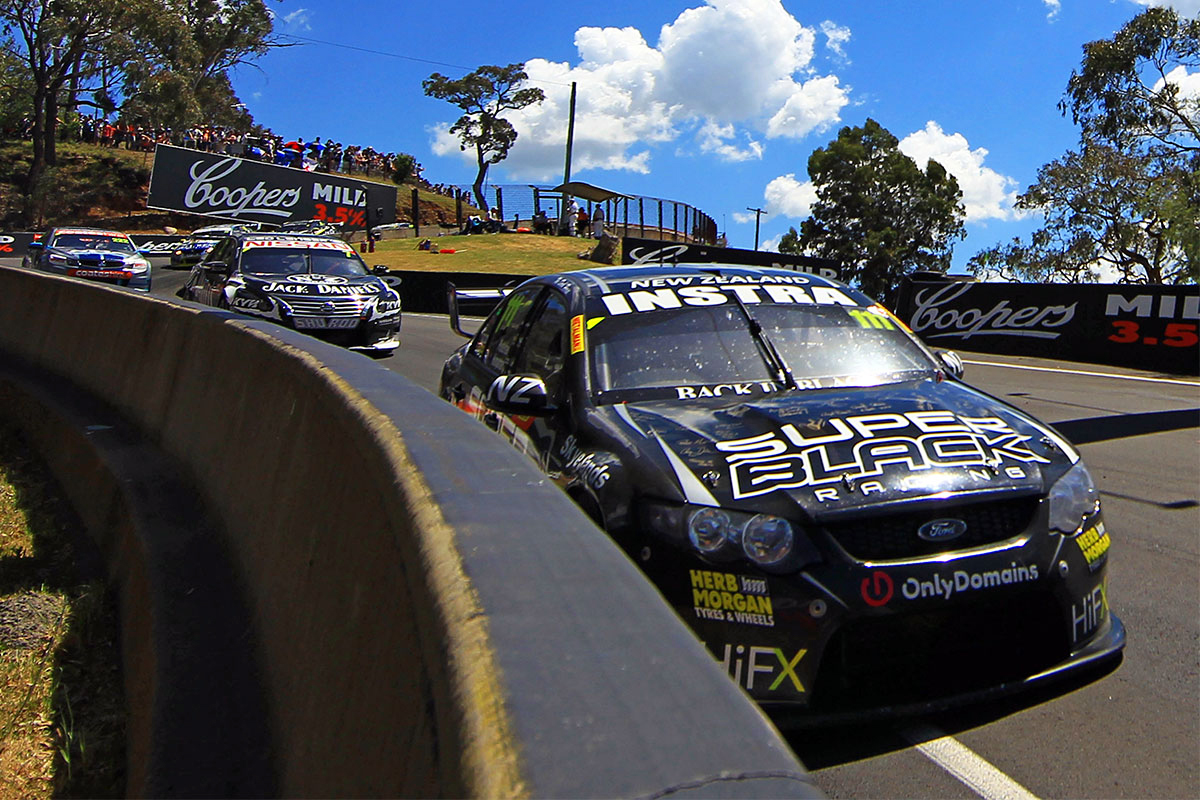 It spent most of 2014 as a spare before making its first wildcard appearance, serving as the Super Black Racing entry for Heimgartner and Ant Pedersen at the Bathurst 1000.

The car returned to The Great Race the following year, again as a wildcard, but this time in Ford Falcon FG X trim and under a much brighter spotlight. 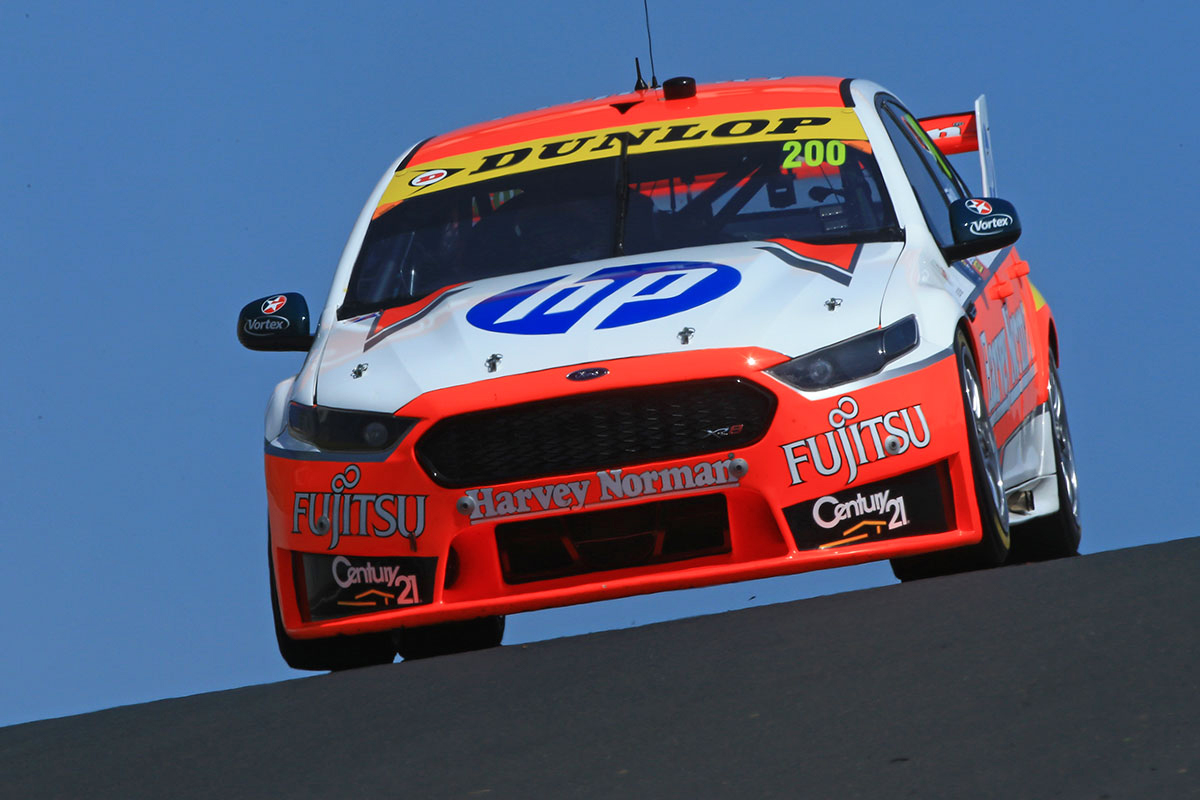 Although the Supergirls effort was a one-off for Bathurst, Tickford pressed the car back into service for the rest of the season to replace the FG X destroyed by Chaz Mostert's qualifying crash at Mount Panorama. 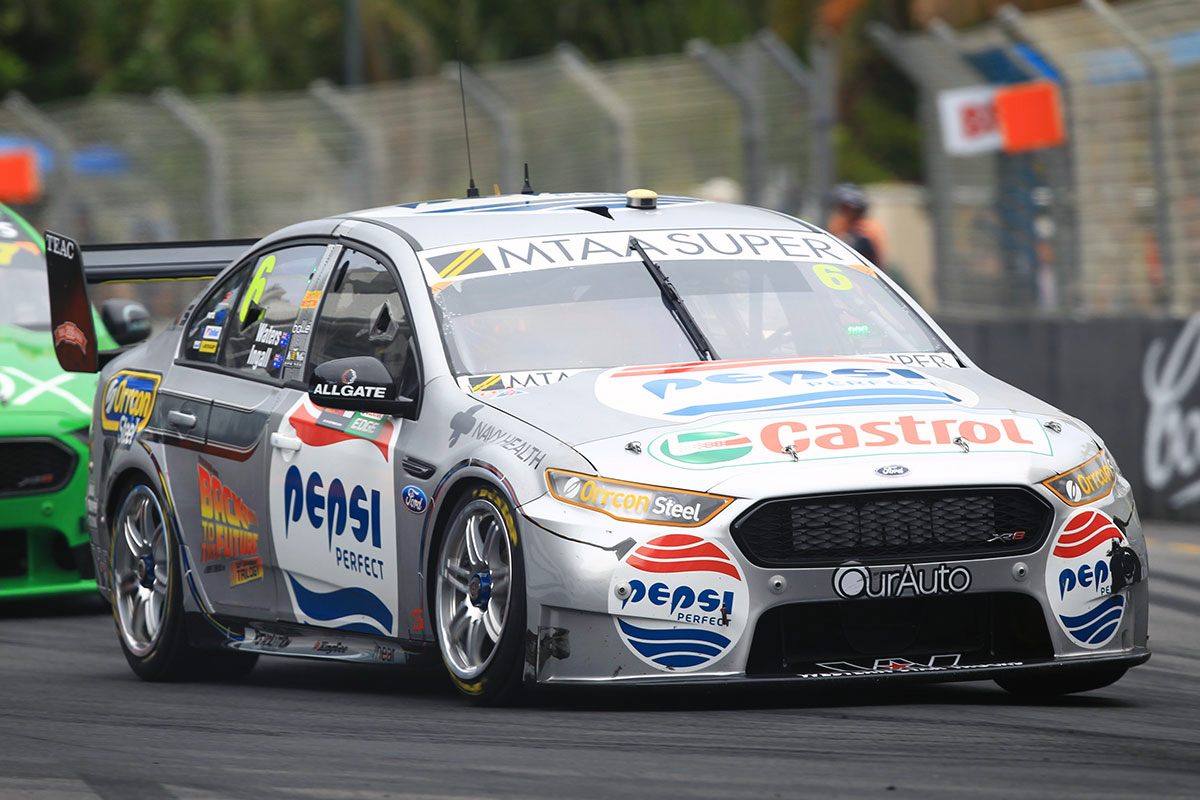 It rolled out at the Gold Coast 600 carrying a special 'Back to the Future' Pepsi Max livery for drivers Waters and Russell Ingall.

That weekend marked Ingall's only starts for Ford's factory-backed team in place of the injured Mostert, Waters and Steve Owen seeing out the season.

The car moved across to the team's Super2 Series program for 2016 – but not for long.

Garry Jacobson drove it in Adelaide to his first Super2 race and round victory, laying the foundation for his title-winning season.

It was then recalled to the main game after Super Black Racing driver Chris Pither's nasty crash at Adelaide's Turn 8. 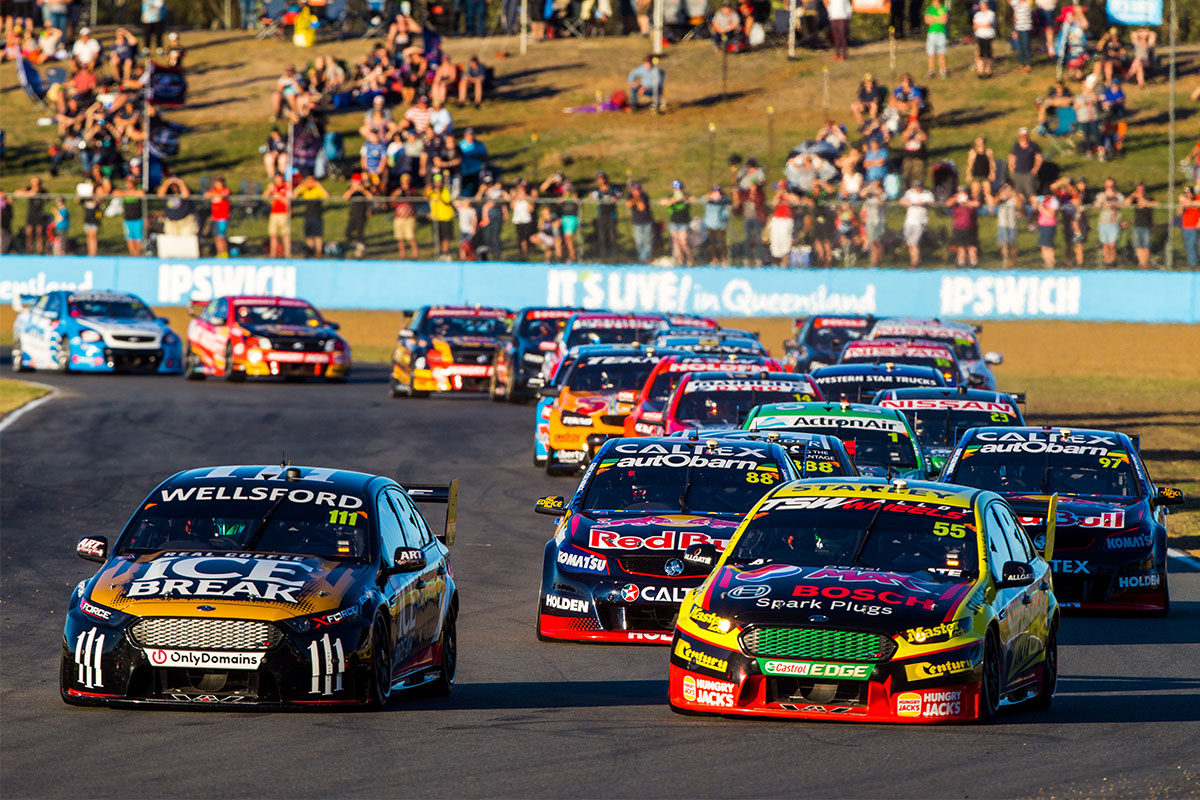 Pither drove it for the remainder of the season, claiming an ARMOR ALL Pole at Queensland Raceway and joined by debutant Stanaway at the enduros.

Jason Bright drove the car for much of the early part of 2017 under the Mega Racing banner before it again reverted to being Tickford's spare.

Stanaway then used it for a Super2 cameo at Sydney Motorsport Park, where he claimed victory in the final race of the weekend.

The car's last race appearance, coincidentally, came in Randle's hands – although it didn't leave him with fond memories.

Randle was making his Super2 debut in Adelaide last year, but a power steering failure during the opening race caused him to crash heavily at Turn 8.

23Red Racing purchased the repaired car in the middle of last year, using it as a spare and wheeling it out at ride days. 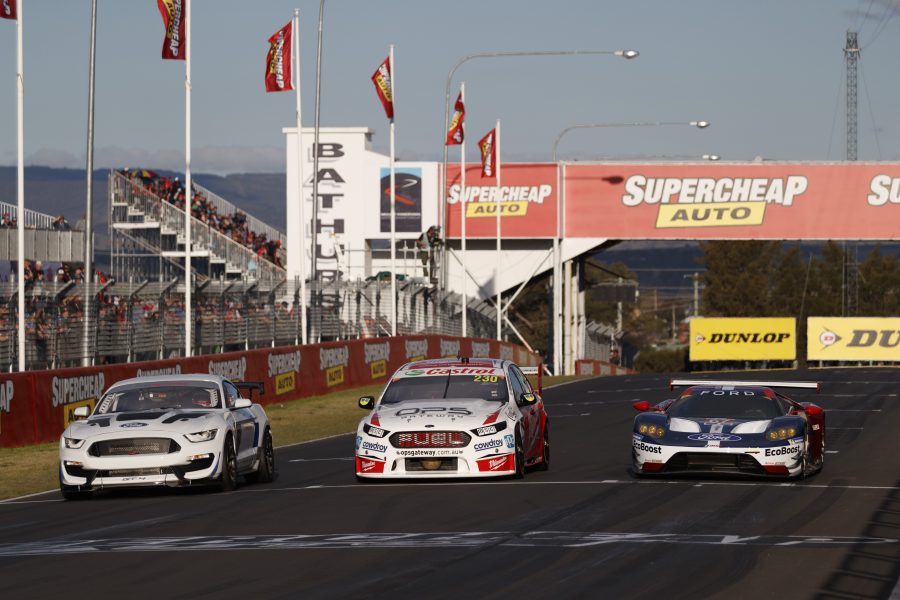 Its last public appearance as a Falcon came at Bathurst last October, as the Supercar in the Ford Performance speed comparison, before being upgraded to Ford Mustang GT panelwork for 2019.

The conversion means it will become the only Ford Supercars chassis to race in FG Falcon, FG X Falcon and Mustang GT guises.

Randle will test the car at Winton next week, when its sponsor and livery will be revealed, ahead of his Supercars Championship debut at the OTR SuperSprint on August 23-25.