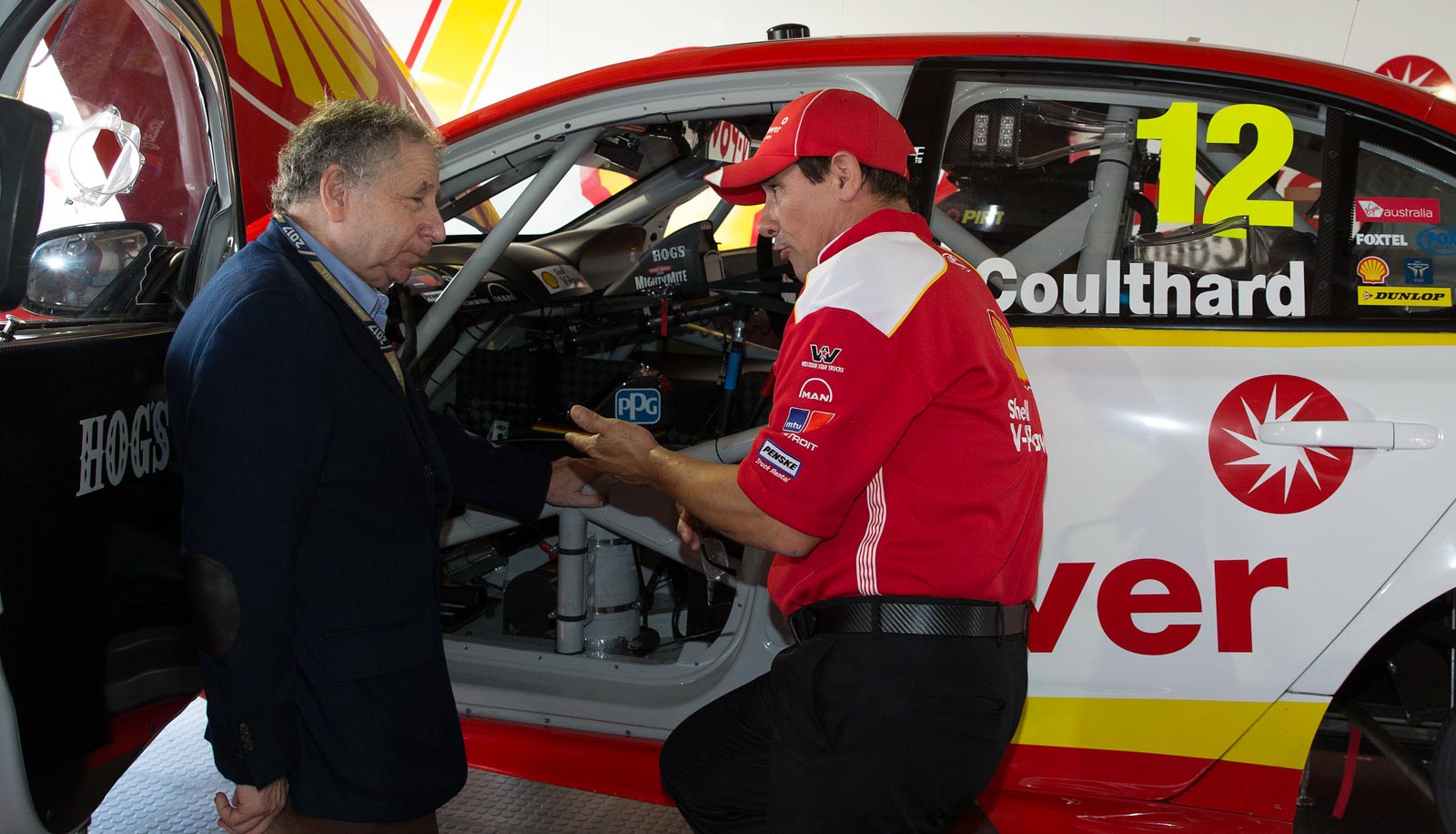 FIA president Jean Todt has taken time out of his busy schedule at the Rolex Australian Formula 1 Grand Prix to visit the Supercars paddock.

Presiding over motorsport’s global governing body since 2009, the 71-year-old toured the garages of Nissan Motorsport and the Shell V-Power Racing Team ahead of today’s action.

Eager to find out more about Supercars, Todt was given a detailed look inside the Shell V-Power Ford by team competition director and fellow Frenchman Ludo Lacroix.

“They (Supercars) are doing a good job.

“It’s one of the best touring car formats of racing that has been implemented.” 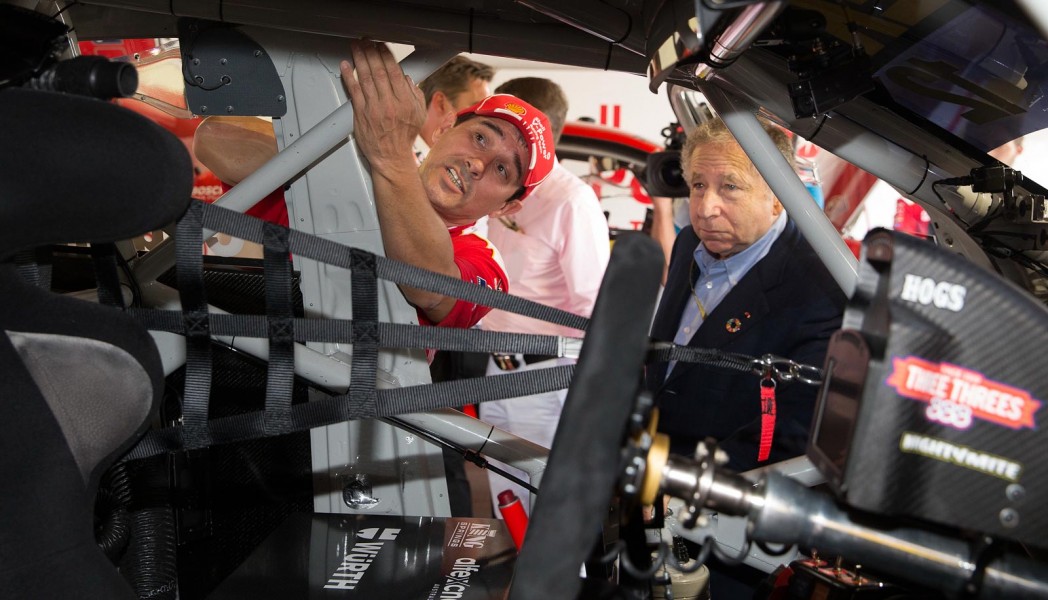 Lacroix was eager to show Todt the latest safety improvements to the Shell Fords, which includes increased foot protection and netting to stop excess head movement in accidents.

A visit to Nissan meanwhile saw Todt catch up with Swiss driver Simona De Silvestro, who was recruited by Supercars ahead of 2017 as part of efforts to increase female involvement and interest in the category.

“I think it’s good to have a driver coming from a different location,” said Todt of the arrangement.

“Clearly she is a very inspiring lady driver. It is good for the sport.”

Prior to joining the FIA, Todt’s career in motorsport had included a 13-year stint as the general manager of Scuderia Ferrari.

His reign included a period of domination for the Italian marque in Formula 1, helping Michael Schumacher to five consecutive world titles from 2000. 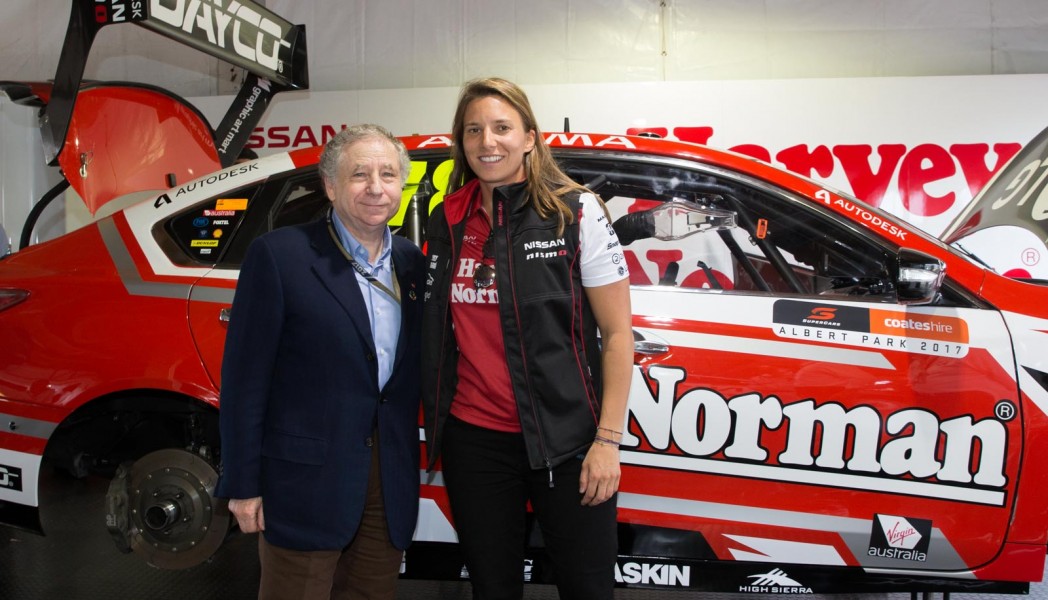 24/03/2017
Stay In The Know
Sign up to the Virgin Australia Supercars Championship Newsletter
This website uses cookies to improve your user experience. By continuing, you will be providing your consent to our use of cookies.Ok