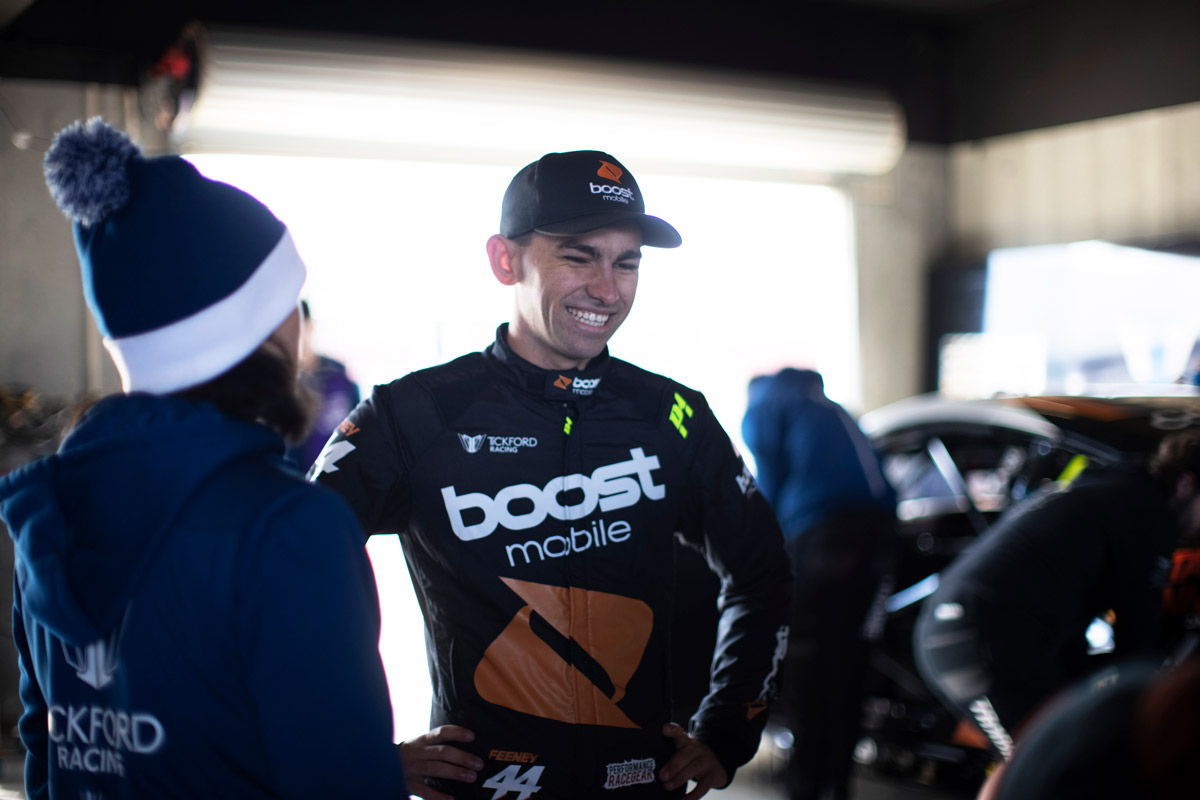 Broc Feeney is dreaming of a first legal drink like no other.

The talented teen will next Sunday enjoy the rare double of celebrating his 18th birthday on the day he makes his first start in Australian motorsport’s biggest race: The Supercheap Auto Bathurst 1000.

Feeney will be co-driving with 2010 Supercars champion James Courtney in the #44 Boost Mobile Racing Mustang, as well as steering his Tickford Falcon in the Dunlop Super2 action.

If all goes to plan in the 161 gruelling laps around Mount Panorama, a podium finish could kickstart the ultimate 18th for Feeney.

“I’m hoping Bathurst night will be the best party I’ll ever have,” Feeney told Supercars.com.

“I’m hoping my first drink will be champagne on the podium.

“It’s going to be a very cool day and no matter what, my first Bathurst is going to be one that I never forget. 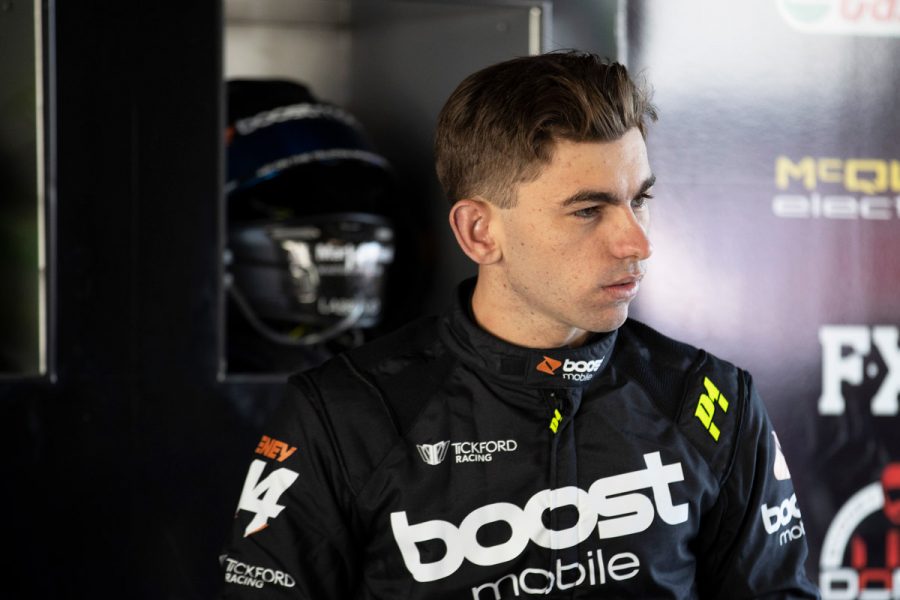 Feeney’s first drive of the revered Mount Panorama circuit came earlier this year in the Liqui-Moly Bathurst 12 Hour, in which he took a class win alongside Aaron Cameron and fellow Supercars driver Nick Percat.

Now he has a prime opportunity to make his first 1000 a similar success.

“To jump in with such a highly competitive team in my rookie year, it’s a great opportunity for me,” said the 2019 Super3 Series winner.

“There’s heaps to learn off James and the whole crew. James is going to be a massive asset and he’s going very fast at the moment as well.

“Now it’s going to be up to me and James to do the job on the day.”

The double duties element involved with also contesting the Bathurst Super2 round means Feeney will get no shortage of laps prior to the Great Race.

“I’ll certainly be very busy at Bathurst, running both Super2 and the main game but for my first time there in a Supercar, I’ll get plenty of miles at the start of the weekend to get my head screwed on,” he said.

Feeney is sixth in the 2020 Dunlop Super2 standings.

The Supercheap Auto Bathurst 1000 will take place from October 15-18.