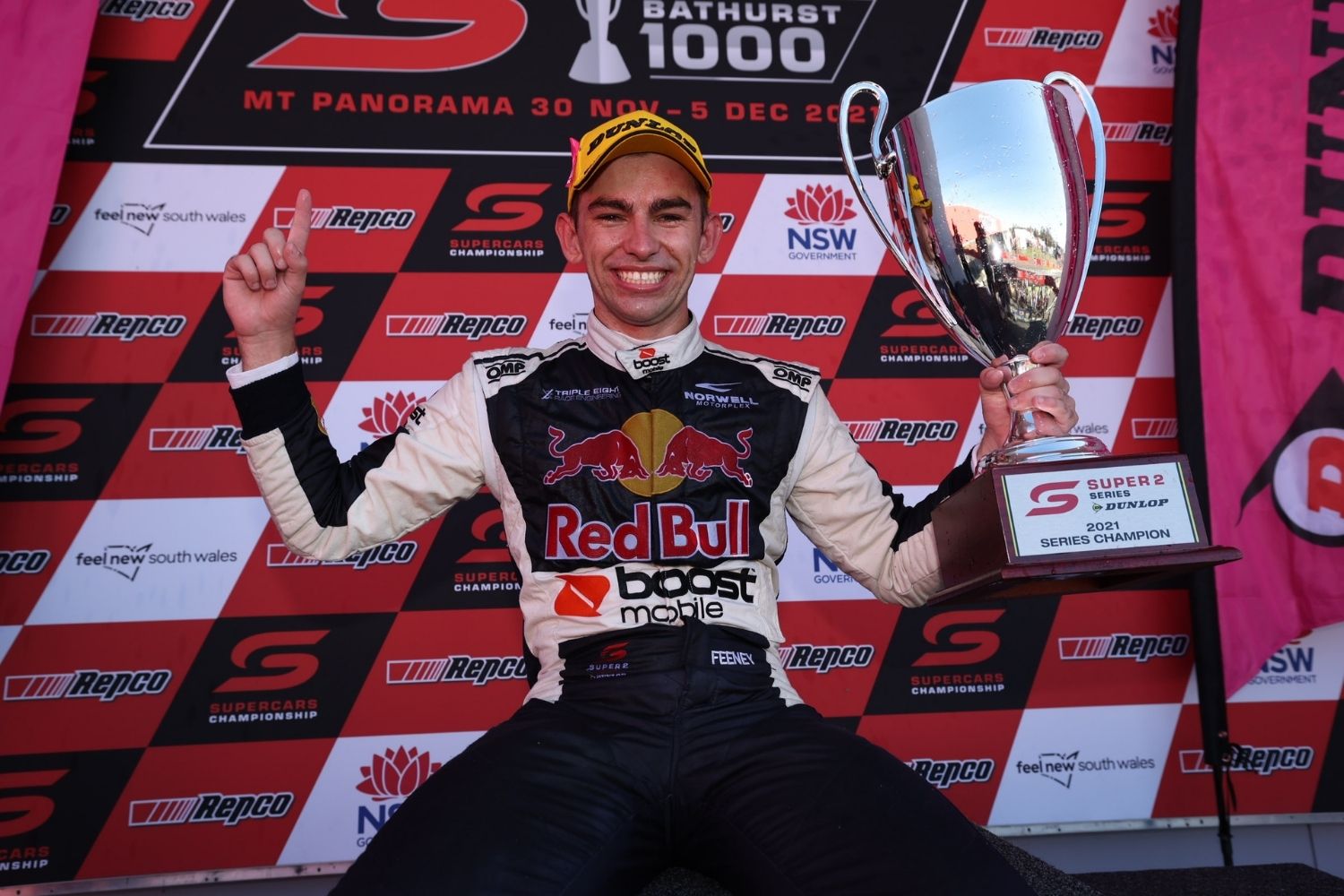 Teenager Broc Feeney has been named one of Australia's 20 best young sports stars under 20-years-old.

Feeney, who will turn 20 in October, became the youngest ever Dunlop Super2 Series champion when he clinched the title last month.

The accolade comes ahead of the Gold Coast-born driver replacing the retired Jamie Whincup at Red Bull Ampol Racing.

Feeney will make his full-time debut when the 2022 Repco Supercars Championship commences in Newcastle on March 4.

Feeney joined young Olympic champions and those dominating the biggest sporting leagues in the world on the coveted list, published by the Daily Telegraph on January 3.

Sharing the news on his social accounts on Thursday, Feeney said: “[It] was very cool to be mentioned in the Top 20 athletes under 20 in Australia.”

The 2022 Repco Supercars Championship will provide Feeney with another opportunity to write his name into the history books.

A race win before August 21, 2022 will see him oust three-time champion, Scott McLaughlin, as the youngest race winner in Supercars history.

He can also break Craig Lowndes’ youngest-ever champion record if he wins the title in 2022 and/or 2023.

Funding boost for Girls on Track program in Queensland