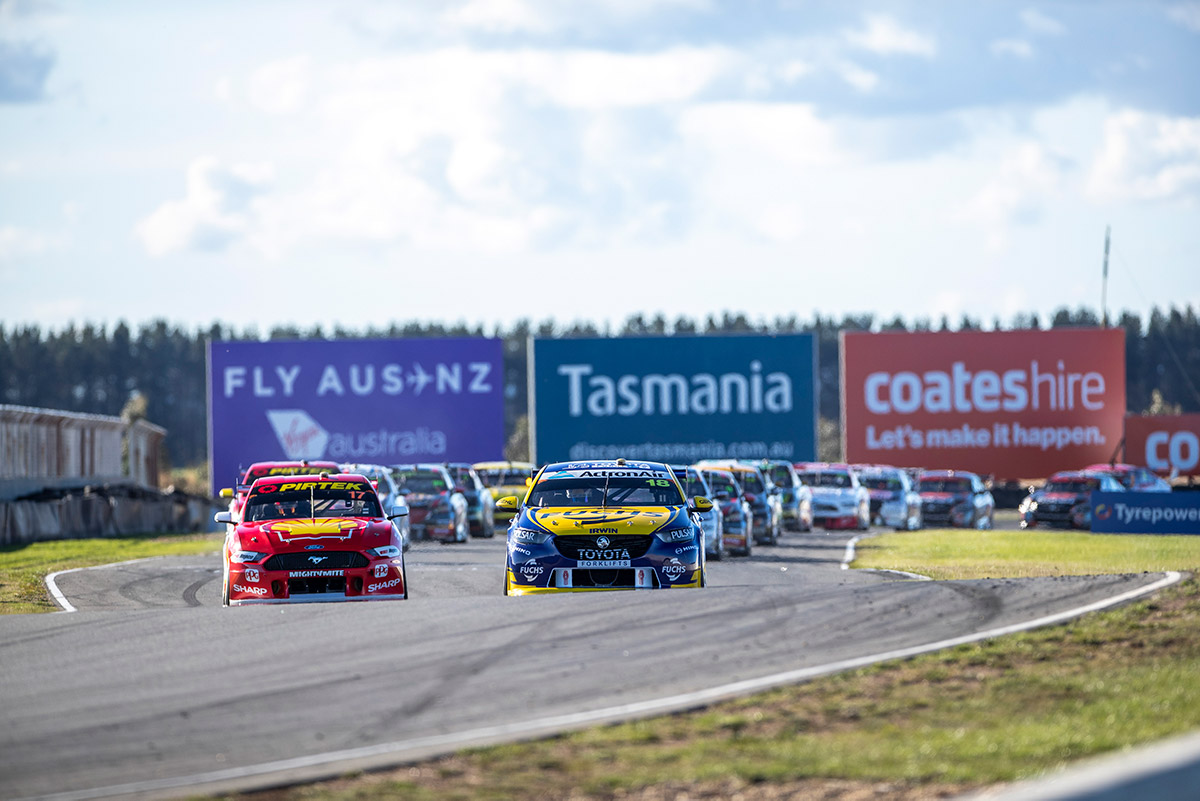 1) This year’s event marks the 48th held at Symmons Plains in ATCC/Repco Supercars Championship history, placing it second on the all-time list of rounds held by one venue in the championship’s 62-year history.

2) Points leader Shane van Gisbergen’s streak of six consecutive Repco Supercars Championship race wins – dating back to the 2020 Bathurst 1000 – places him in elite company. The Red Bull Ampol Racing driver’s streak matches similar feats by Allan Moffat, Dick Johnson, Jim Richards, Mark Skaife, Craig Lowndes, Jamie Whincup and Scott McLaughlin. The only ones of that group to extend their streaks beyond six were Whincup (seven in 2008) and Lowndes, who won eight races in a row in 1996.

3) Todd Hazelwood will reach a milestone at Symmons Plains in starting his 100th Repco Supercars Championship race in the opening race of the Beaurepaires Tasmania SuperSprint weekend. The Brad Jones Racing driver made his championship debut as a wildcard entry in 2017 at Queensland Raceway, while his best result in Tasmania matches his current car number: 14th place in the Saturday race in 2019.

4) Jamie Whincup is the most successful driver in Repco Supercars Championship history at Symmons Plains with 12 race wins to his name, the most recent of which came in 2018. This weekend marks the Red Bull Ampol Racing driver’s 243rd round start, bringing him level for sixth on the all-time list with Todd Kelly. 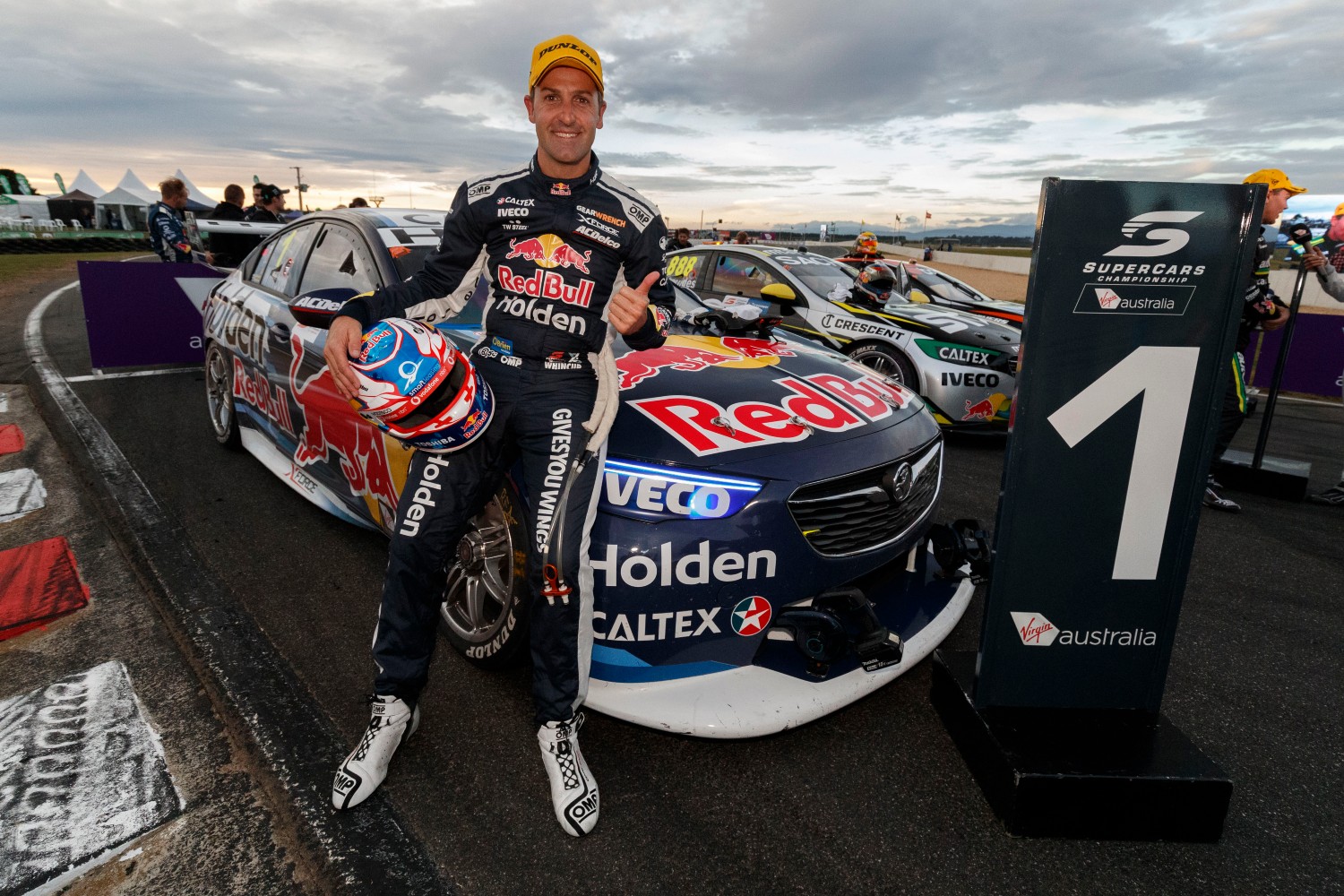 5) Red Bull Ampol Racing has been the dominant force at Symmons Plains for much of the past decade. The team has won 11 of the 14 races held at the circuit since 2014.

6) Mark Winterbottom heads into this weekend with a perfect finishing record at Symmons Plains. The IRWIN Racing pilot – who took his sole race win at this track in 2010 and whose most recent ARMOR ALL Pole Position also came here in 2019 – reached the chequered flag in all 40 races he has started at the Tasmanian circuit since his debut in 2004.

7) Five drivers are making their maiden Repco Supercars Championship starts at Symmons Plains. Along with 2021 rookies Will Brown and Brodie Kostecki, second-year drivers Bryce Fullwood, Jake Kostecki and Zane Goddard will also race a Supercar in the ‘main game’ at the Tasmanian venue for the first time.

8) Only three Repco Supercars Championship drivers continue to hold clean sheets over their teammates when it comes to ARMOR ALL Qualifying in 2021. Walkinshaw Andretti United's Chaz Mostert, Tickford Racing’s Cam Waters and IRWIN Racing’s Mark Winterbottom have outqualified their teammate/s in all five qualifying sessions held so far this year. 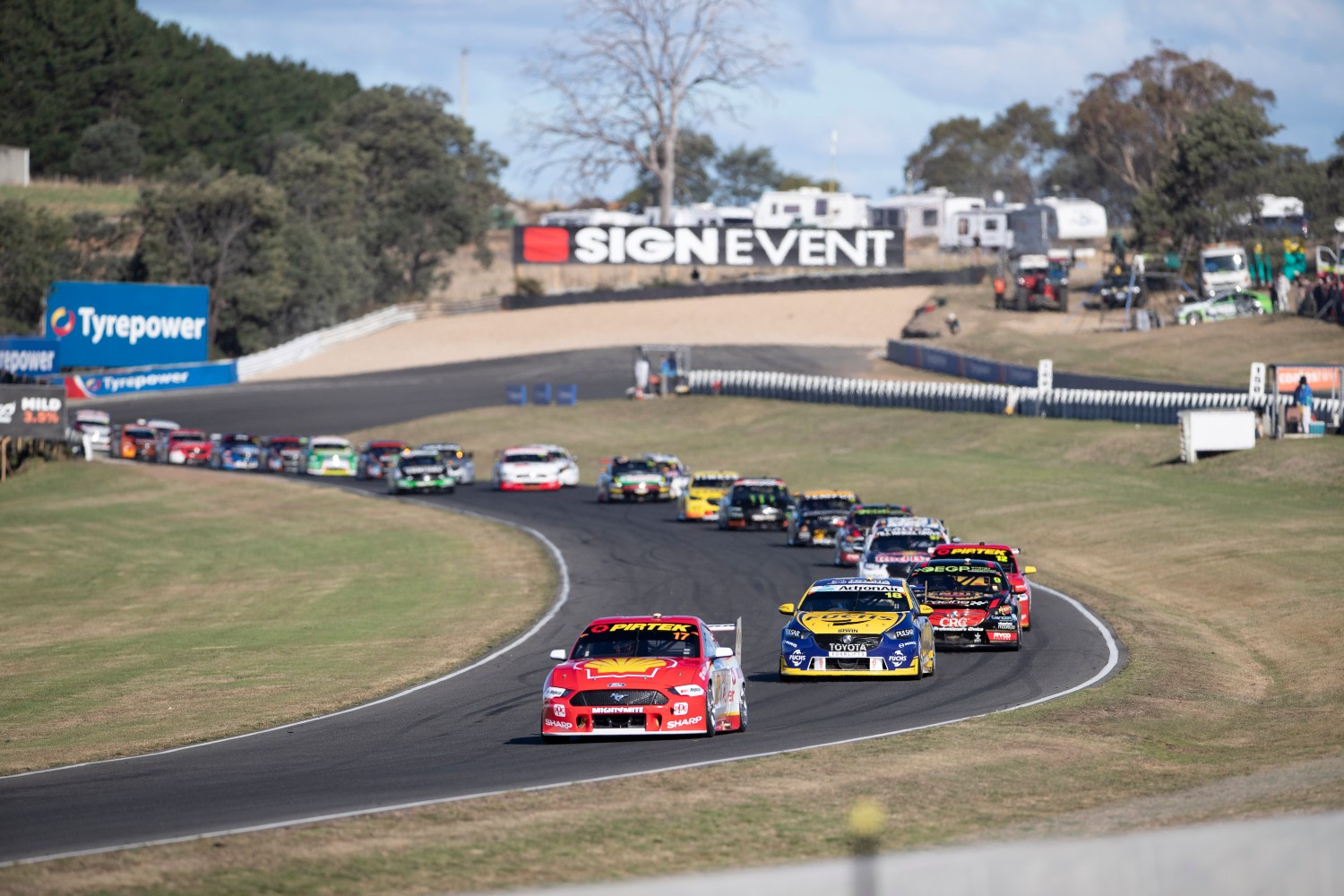 9) Symmons Plains was the site of the first Safety Car period in the history of the ATCC/Repco Supercars Championship, which happened during Race 3 in 1997. However, the last four championship races at the venue have run without Safety Car intervention.

10) The record for the lowest grid position for the winner of a championship race at Symmons Plains in ATCC/Repco Supercars Championship history won’t be beaten this weekend: David Besnard won Race 3 of the 2004 event from 29th on the grid!