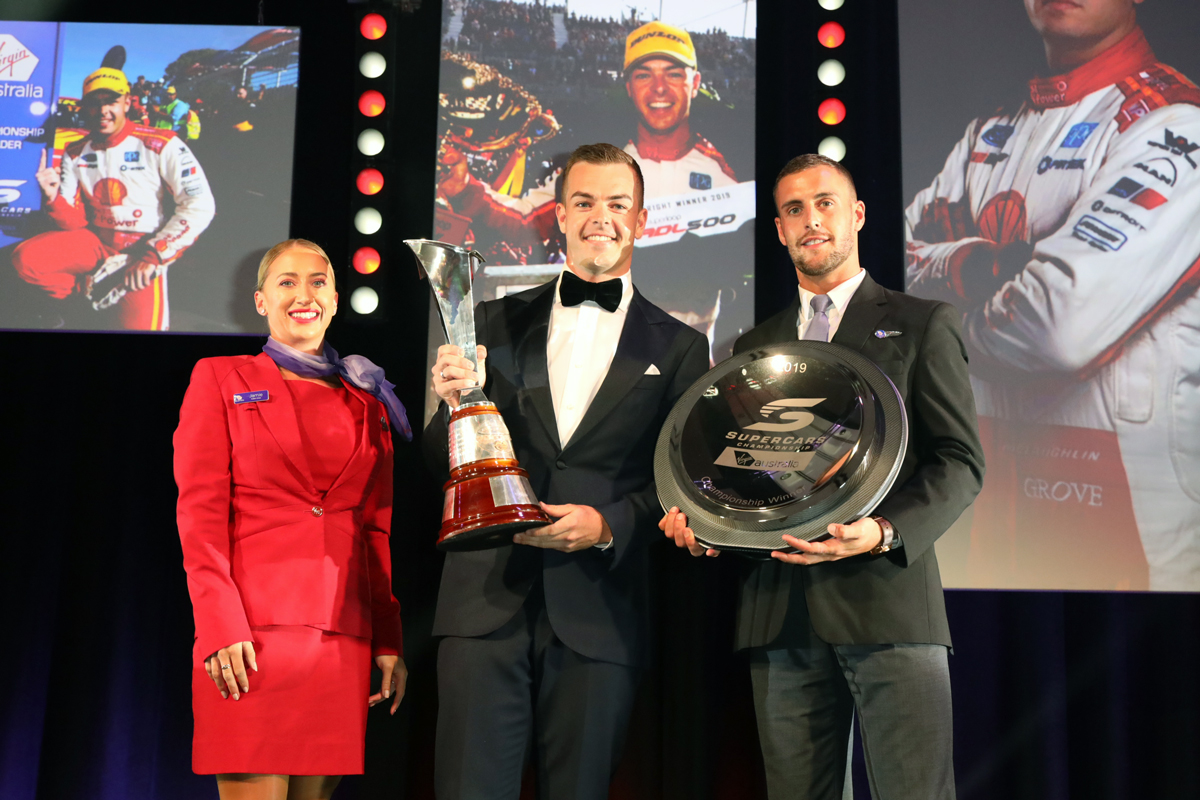 Fans will have a rare opportunity to see Supercars’ annual end-of-season awards be presented as part of the Supercheap Auto Bathurst 1000 post-race coverage.

With COVID restrictions and the desire to get Victorian teams back home as soon as possible, there will be no standalone gala night this year.

Instead, drivers and crew members will congregate in pitlane at the conclusion of the Great Race on Sunday night to celebrate 2020 award winners.

Proceedings will be broadcast in the final segment of Fox Sports’ Supercars Trackside program, roughly an hour after the race finishes. Estimates put the 1000km classic on for an approximate 5:45pm AEDT last lap.

From there, the coveted Barry Sheene Medal for best and fairest and Drivers’ Driver Award will both be announced, along with the 2020 champion team.

It’s a straight fight between Shell V-Power Racing and the Red Bull Holden Racing Team for the teams’ title, with the former holding a 100-point advantage heading in. Up to 576 points can be accrued by a two-driver squad at Bathurst.

Jess Yates will host the ceremony.

“The thing that we really want to do is give recognition to those people who win the awards that would normally have a moment on stage at the Gala Awards Night,” said Supercars senior producer of television David Tunnicliffe.

“We still want to make it an occasion so to have the CEO [Sean Seamer] address everybody and to have all of the teams there to show their appreciation to award winners and pay respects to those who are winning awards is really important to us.

“And the fact that we’re doing it live on TV is something we hope all the fans will like because every year at Gala Night they’re asking why we’re not showing it live or streaming it, so the fans will actually get to see these awards presented.

“I don’t know if it has ever been done live, it has certainly not been done in my time. It will be a good insight into what happens at the Gala.”

Earlier in the piece, the season pole award will be presented to Scott McLaughlin at the conclusion of the ARMOR ALL Top 10 Shootout on Saturday evening, while the volunteers award will be announced on the grid Sunday morning.