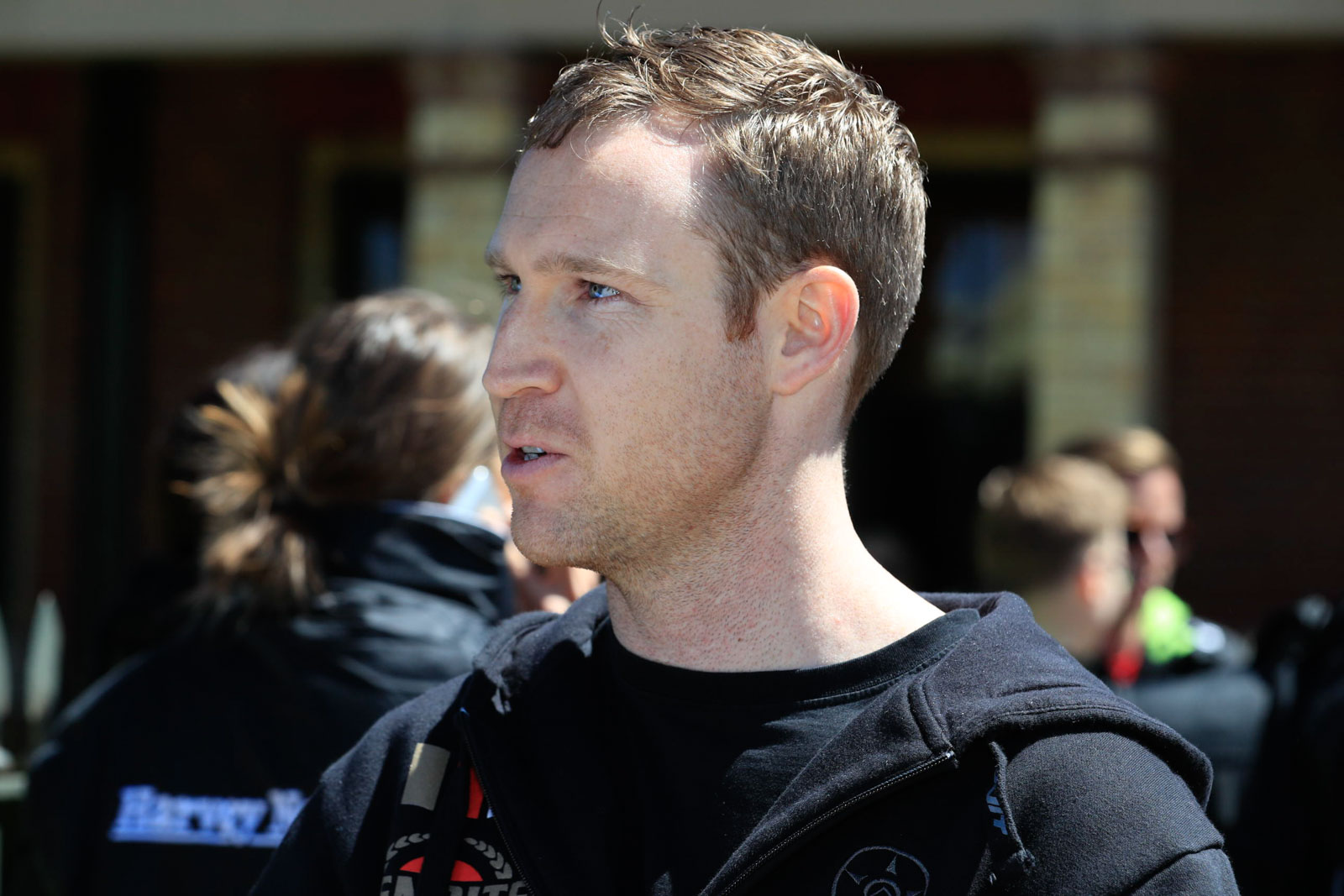 While both Reynolds and Erebus boss Barry Ryan confirm nothing is concrete, they have had preliminary discussions about an extension that would commit Reynolds to spending at least four years with the Melbourne-based squad.

Reynolds joined Erebus this year after four years with Prodrive Racing Australia and a career-best third in the 2015 drivers’ championship.

Le Brocq, who drives for PRA and joined Cam Waters in the Monster Falcon for the Pirtek Enduro Cup, is understood to be on the potentials list for a number of Supercars teams, has previous connection to Erebus having raced in the GT3 category for the team.

Despite a complete and ongoing rebuild of the Erebus operation, Reynolds has managed to show impressive glimpses of form, including qualifying on the second row at the Castrol Gold Coast 600 last weekend.

“We haven’t actually had the serious chat about it (the extension), we have had an informal speak about it and it’s all good.

Ryan said Reynolds was crucial to the progress of the team, which has been a through a hectic 12 months.

It has shifted from the Gold Coast to Melbourne between seasons, swapped from Mercedes-Benz to Holden, hired an almost entirely new staff, had a mid-season ruction when second driver Aaren Russell left the team, moved workshops in Melbourne and, most recently, hired gun engineer Alistair McVean from Walkinshaw Racing.

“We are ticked off with Dave for next year and the next thing to tick off is his long-term future,” Ryan said. “We want him, we want him as long as we can have him. Hopefully he retires with us and keeps working with us, that’s our plan.

“He is talented, but he is also an awesome person to be around, he just makes the team a good environment. The happier everyone is in the team the better they work together and the stronger we become. So that’s what we want to do.

“Dave makes it a happy environment because even when it is a bad day he is happy. And you can’t buy that stuff. So we want him for his talent firstly and then for his attitude secondly.”

Meanwhile, finalising a 2017 driver for the team’s second car currently being raced was also expected to be completed soon, Ryan said.

“We are working with a few partners and drivers and that’s going to combine into a good program. We just want someone that can support Dave, somebody experienced.

“And if that falls away, then somebody who has at least got development series experience that can quickly come up to speed. So that narrows it down pretty quick.

“There is no question Jack Le Brocq is on our list,” added Ryan.

“We have been talking to Jack and talking to a couple of others. We have a good history and now he has had another good strong year it definitely wouldn’t be a silly idea."

Reynolds sits only 19th in the Virgin Australia Supercars Championship. His best finish remains fifth in the soaked Sunday outing at the Clipsal 500, but sixth at Winton, a strong run in Townsville and third on the grid last Sunday have shown the team can extract pace from its ex-WR Holdens.

“We are year zero really, even though the name has been on the team for three years,” said Reynolds. “Last weekend, besides Petronas F1 Mercedes – Triple Eight – we were the next best car out there in Sunday qualifying.

“I love working with (team owners) Betty and Daniel (Klimenko), they are awesome. It is a lot of fun, it’s not very stressful. Everyone is working toward getting results and being at the front.

“Al (McVean) is awesome, he has a big brain and I don’t know why Walkinshaw would have let him go … him joining the team is one of the best things that have happened all year.”

Ryan said another deal the team hoped to hammer out soon was an extension with Penrite, the naming rights sponsor of Reynolds’ #9 Commodore.

“We have a great relationship with Penrite and we are in discussions about extending the contract. It’s not confirmed for 2017, but we are down to the final details,” he said.

With six races left in the 2016 Virgin Australia Supercars Championship – including four 100km sprints at the November 4-6 ITM Auckland SuperSprint – Ryan said the team hoped to finish the year off on a high.

“We have confidence at every track with Dave, but Pukekohe is one of his favourite tracks,” he said. “After that we go to Homebush and that is like the Gold Coast and Townsville, so we are confident we will go well there.

“The end of the year should be good, we just want one podium from somewhere. That would be a realistic target now.”