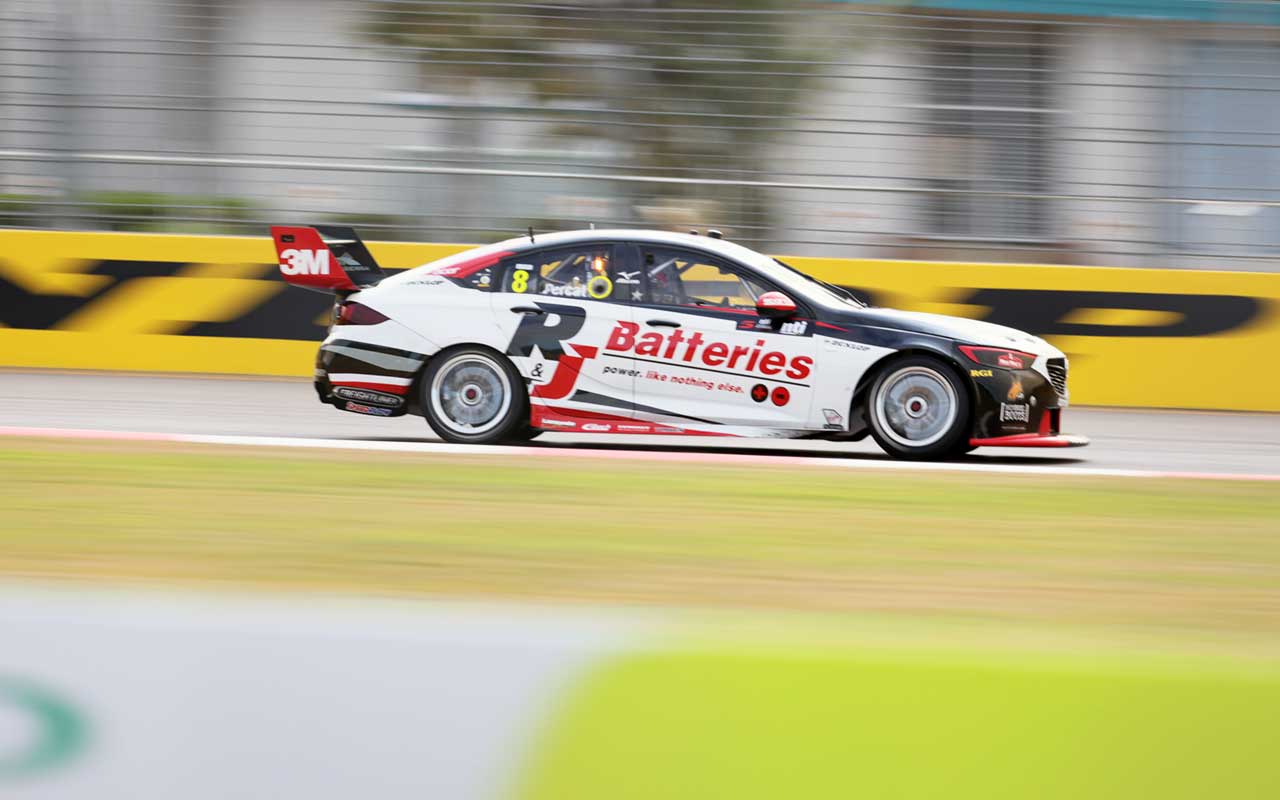 Nick Percat has plummeted from fifth to ninth in the championship standings after an engine failure in the opening race of the NTI Townsville SuperSprint.

The Brad Jones Racing driver had run sixth early in the race, rising to a high of second as those ahead pitted before taking his own tyre stop on lap 19.

Not long after rejoining, Percat was in again but this time for good, later explaining his car had suffered an engine failure.

“The Saturdays aren’t really being that kind to us. Just pouring points away, which is really annoying,” the driver lamented.

“We’re trying to stick in that top three, four, five battle [in the championship] and we keep giving them a big head start.

“The race was shaping up alright, made up a few spots and I was just sitting there behind Fabian [Coulthard] and [David] Reynolds.

“We went a lap later to get a bit of tyre over them for later in the stint. It was all kind of shaping up to probably finish fifth or sixth.

“It’s a bit annoying, it’s frustrating, we had an engine failure, I’m not sure what yet, but a disastrous day for BJR.”

Teammates Macauley Jones and Todd Hazelwood also failed to finish after both were caught up in the Turn 2 fracas on the opening lap.

Hazelwood continued but later suffered an engine problem of his own, leaving a 16th place for Jack Smith as the team’s only result.

“We missed out on a lot of data as a group for the race car for tomorrow,” added Percat.

“At least I got a stint in so we’ve got a little bit of tyre wear [data] and stuff like that.”