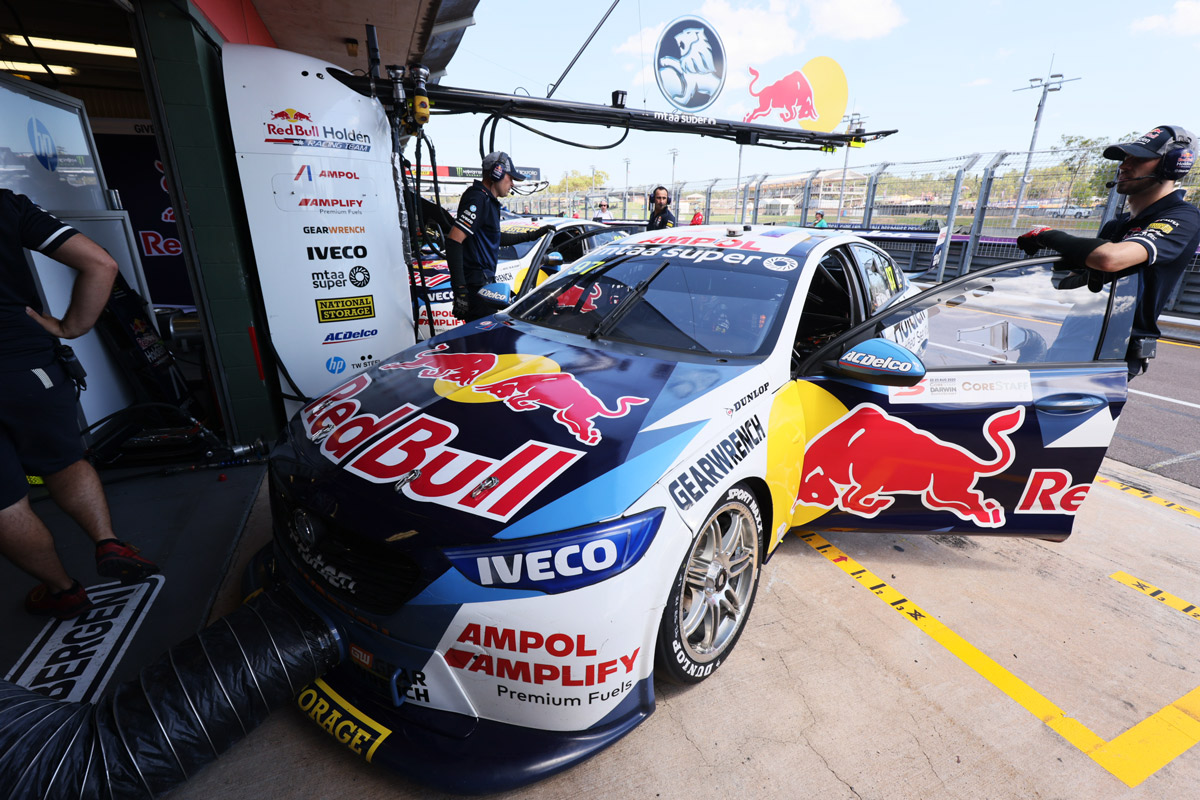 Shane van Gisbergen is hopeful an engine change tonight will pave the way to having a more competitive Sunday in Darwin.

The #97 Red Bull Holden Racing Team driver lacked straightline speed on the opening day of the CoreStaff Darwin SuperSprint, struggling to 11th in the Top 15 Shootout.

He managed to turn that into eighth by the end of 38 laps around Hidden Valley Raceway but several more hours could be in store for his crew as they look to rectify the issue.

“It’s been a bit frustrating so we’re doing a motor change on my thing tonight,” van Gisbergen said.

“We’re lacking a lot of power, I came out of the corner and had a big run on Chaz [Mostert] and went to the inside wall to stop the draft and I saw him come flying back past me.

“So hopefully a new motor helps but I’ll tune up some of my stuff as well, Jamie [Whincup] is driving a bit different and I can’t get my head around it yet, so we’ll work hard tonight.”

Van Gisbergen is the second driver to be suffering from a power deficit, with Brad Jones Racing’s Todd Hazelwood still battling despite an engine change earlier in the week.

That van Gisbergen made it to eighth was courtesy of a late stop for four tyres, against the grain of most who changed two tyres.

It helped him charge through the field, including making a strong pass on Fabian Coulthard into Turn 14.

“Really the race was so boring, we thought we’ve got to do something, we were just stuck… so we did four tyres and that made us able to pass and get the time back,” said van Gisbergen.

“It was pretty fun. It was good to be able to pass people, just making big dives and coming through.

“It was a bit of fun, we had to do something different but now we’re locked into two tyres every race.”

Another two 38-lap races will feature tomorrow as Sunday action at the CoreStaff Darwin SuperSprint commences with qualifying at 10:20am local time.