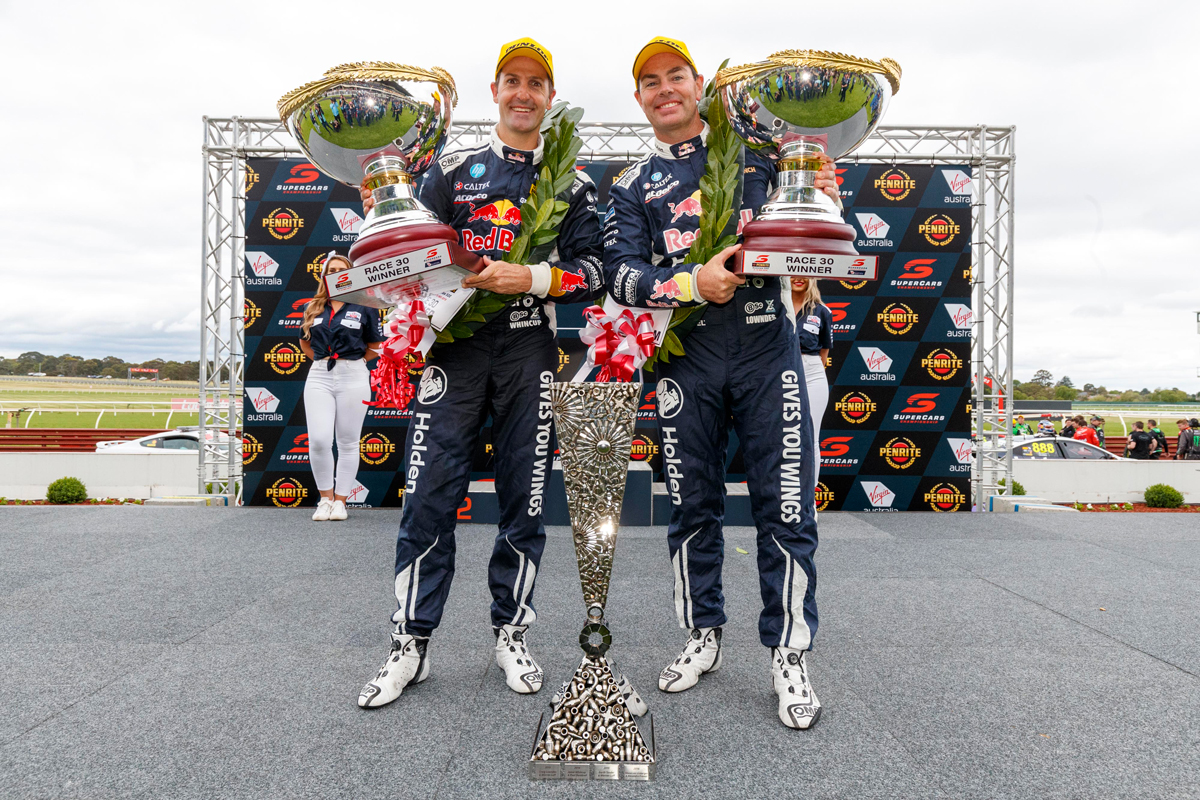 Jamie Whincup says winning the PIRTEK Enduro Cup fills a void in a season where he couldn’t compete for a record eighth championship.

Scott McLaughlin’s dominance, highlighted by 18 wins from the first 25 races of the year, all but settled the title race early.

The Red Bull Holden Racing Team though has struck back in the endurance season to get their hands on some silverware, the #888 Whincup/Craig Lowndes pairing leading a one-two in the standings ahead of Shane van Gisbergen/Garth Tander.

Whincup and Lowndes won two of the four endurance races – including the Penrite Oil Sandown 500 on Sunday – to the #97 sister car’s one, in a stern reminder of the Brisbane powerhouse’s ability.

“The championship got away from us halfway through the year and then Bathurst got away from us as well so it’s nice to have a major trophy in the cabinet at the end of the year,” Whincup said of the PIRTEK Enduro Cup. 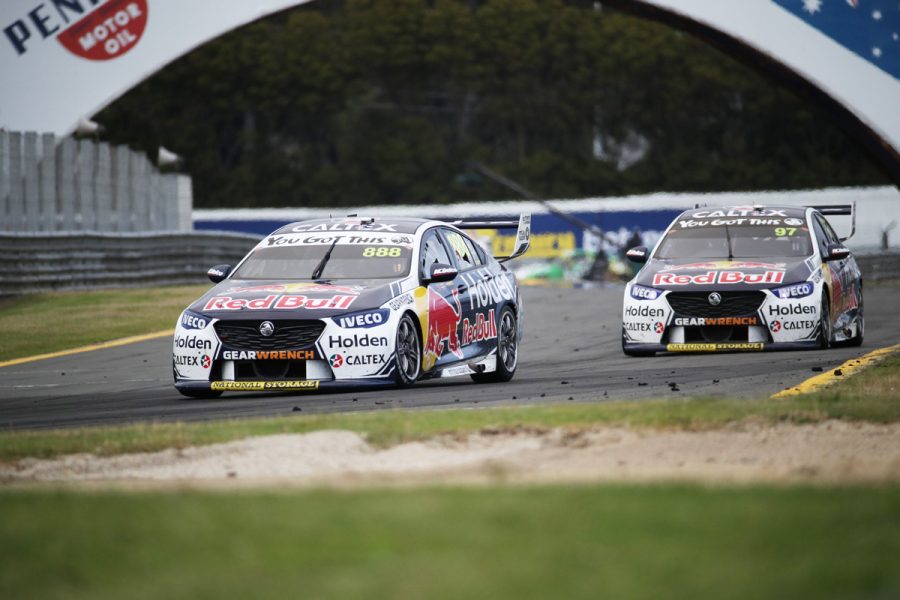 Lowndes added: “If you’re not going to win a championship, it gives you another spectrum of the racing to be able to hold your head high and know at least three of the races out of all of the series that you have done the right job.

“There’s no secret, Roland [Dane, Triple Eight boss] came to Australia to win Bathurst and Jamie and I have different opinions.

“He loves the championship, I love Bathurst, so hopefully between us we can keep winning the PIRTEK Enduro Cup.

“But it’s about the consistency over the three races. All three tracks are massively different.”

Now a six-time Sandown 500 winner, Lowndes has won the mini-championship – held across the Bathurst, Gold Coast and Sandown rounds this year – more than any other driver.

The 45-year-old had previously clinched the trophy in 2013 and 2018, alongside former co-drivers Warren Luff and Steven Richards. 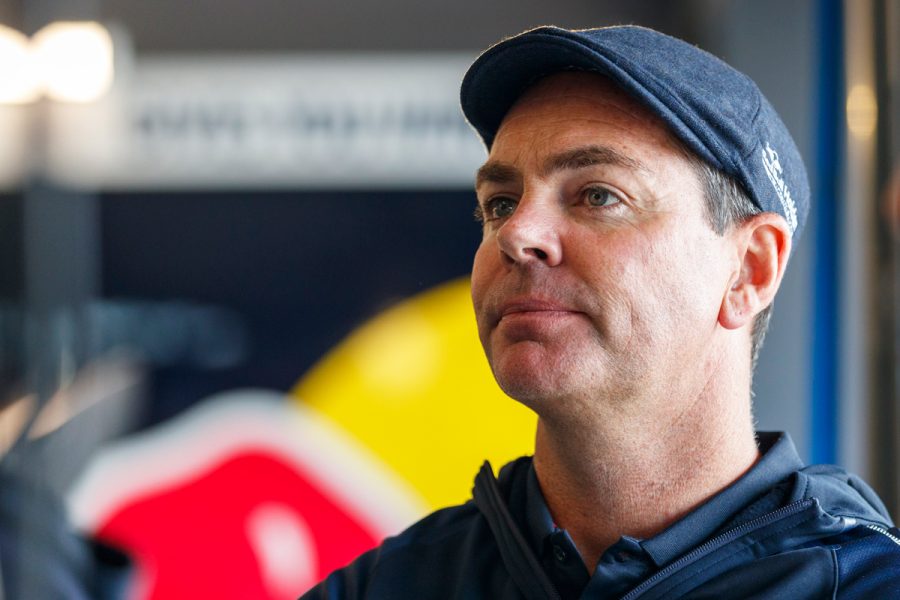 Whincup and Lowndes were set to play second fiddle to their hard-charging teammates in Sunday’s 500 before van Gisbergen suffered a late right-rear suspension failure.

The issue forced him to pit from the lead with 10 laps remaining, and they would go on to finish just 17th, creating a “bittersweet” vibe in the Red Bull camp.

“I saw the smoke halfway down the straight and went, ‘that’s weird, that’s not a tyre lock-up, that’s something else’,” Whincup explained of how he learnt of van Gisbergen’s issue.

“I didn’t know which car it was from and then [engineer David] Cauchi came over the radio just sort of screaming and yelling about something else, so then I put two and two together, that potentially something is wrong with #97.

“[I was] then notified on the back straight that he had a problem and he was coming into the pits.

“I was just told to stay off the kerbs for the rest of the race because it could have been a common issue between both cars.”

McLaughlin sealed the overall championship a round early at Sandown, with van Gisbergen and Whincup currently holding second and third place, respectively.

Newcastle will host the series finale on November 22-24.