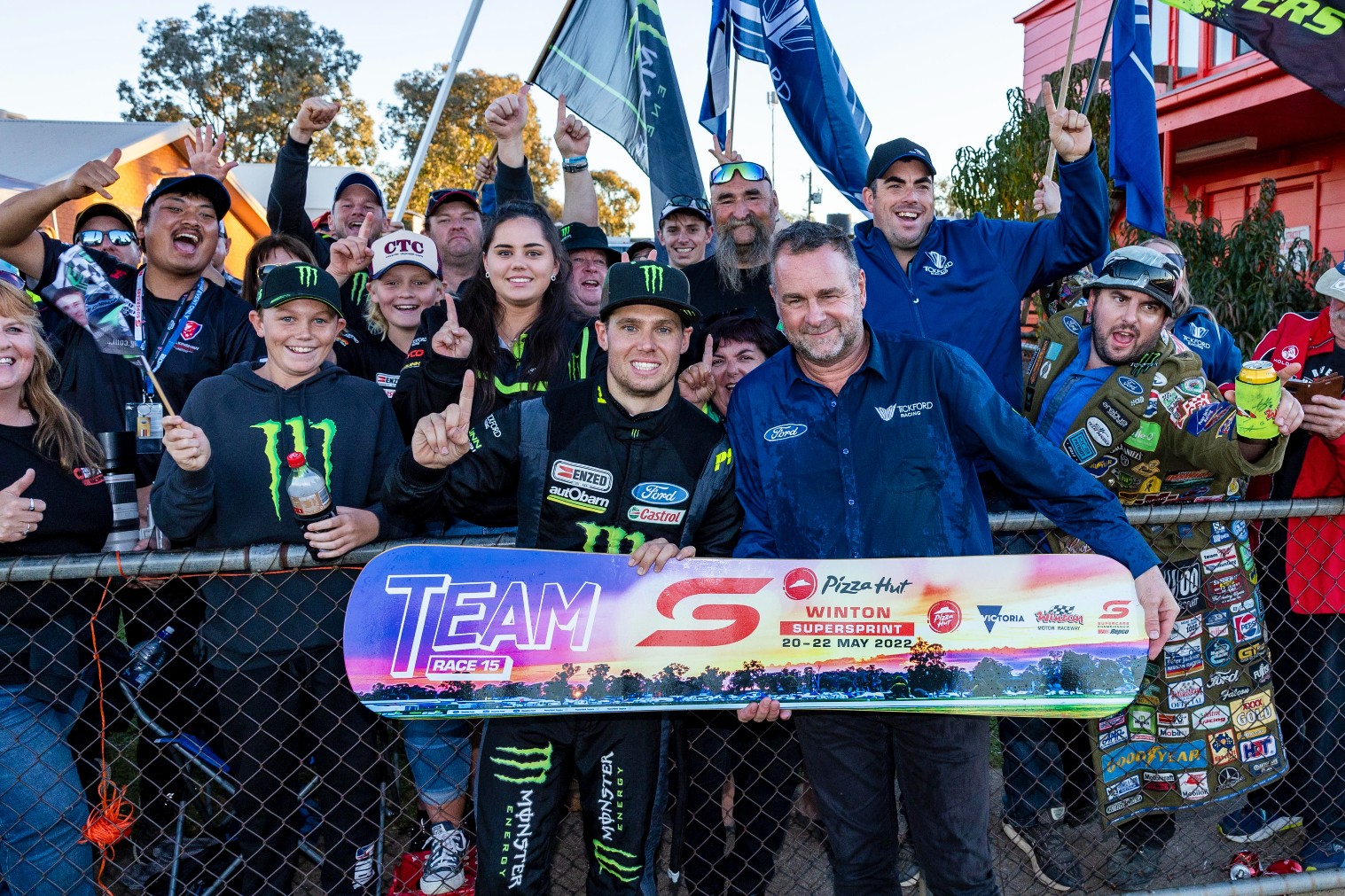 Tim Edwards has paid tribute to his team after a double-win weekend at the Pizza Hut Winton SuperSprint.

It marked the second time in Waters’ career that he won two races on the same weekend.

Waters is now third in the championship heading to Darwin.

Tickford CEO and Team Principal Edwards was full of praise for his spearhead.

“It was a tremendous way to finish a fantastic weekend from Cam,” Edwards said.

“The team gave him a great car and he drove brilliantly again.

"Weekends like that don’t come around very often, but it’s certainly been a goal of ours to be at that level more consistently.

“It’s an excellent showing by the team to put on such a performance.”

Beyond Waters, it was an otherwise tough weekend for Tickford’s other three drivers.

Edwards was adamant the team will dovetail its win celebrations with ensuring all cars are on the pace.

"Obviously we had challenges with each of our other cars which is pretty unfortunate,” he said.

“All of them had better speed than their results showed.

"We’ll address those just as much as we’ll celebrate Cam’s achievements.

“It’s a good feeling showing that we can perform at that level we aim to be at.”

SVG: We had to do something different

Winton finale a 'cluster' for Courtney