Easter Flashback: Was this the ATCC’s greatest race? 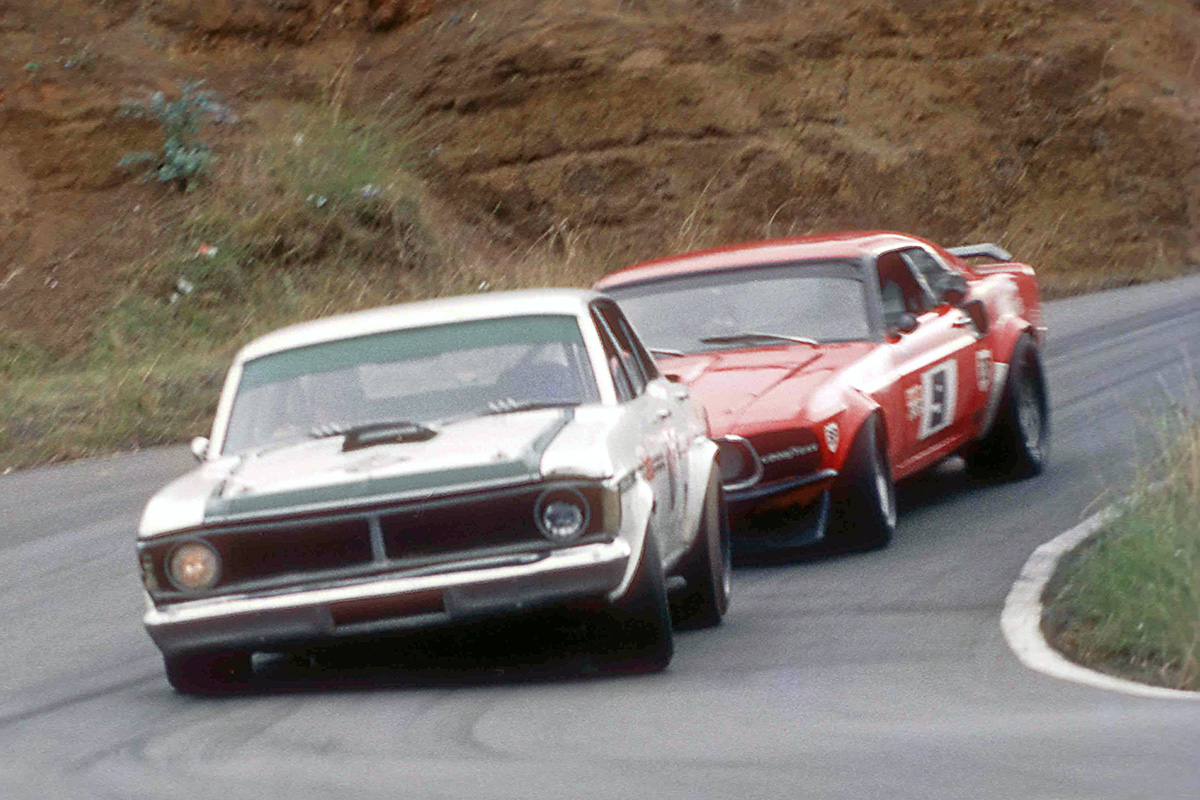 Easter in 2019 marks a weekend off for the Virgin Australia Supercars Championship, but it wasn't always so.

In fact, one Easter contest is regarded as one of, if not the greatest Supercars championship race of all time.

Back in the day, Mount Panorama traditionally hosted two race weekends a year: the October event that bloomed into the Bathurst 1000, and a multi-day extravaganza at Easter for both motorcycles and cars.

In 1972, the last year that the ATCC and Great Race ran under different rules, Bathurst's Easter meeting also played host to the third round of the ATCC.

Past champions Bob Jane and Norm Beechey headlined the entry list in their Chevrolet Camaro and Holden Monaro respectively, but the main event boiled down to a straight fight between a pair of Ford heroes.

Allan Moffat had a point to prove in his iconic Coca-Cola Mustang.

1972 marked his last chance to win the title aboard his beloved Trans-Am before rule changes rendered it ineligible.

He started the year strong with a win at Symmons Plains, but a clash with Jane at Calder followed by a mechanical failure left him trailing in the points.

Winless for almost two seasons, Geoghegan had set aside his own magnificent Mustang to race Ford Australia's expensive new weapon – an XY Falcon GT-HO built to Improved Production rules. Though fast, it was plagued by unreliability. 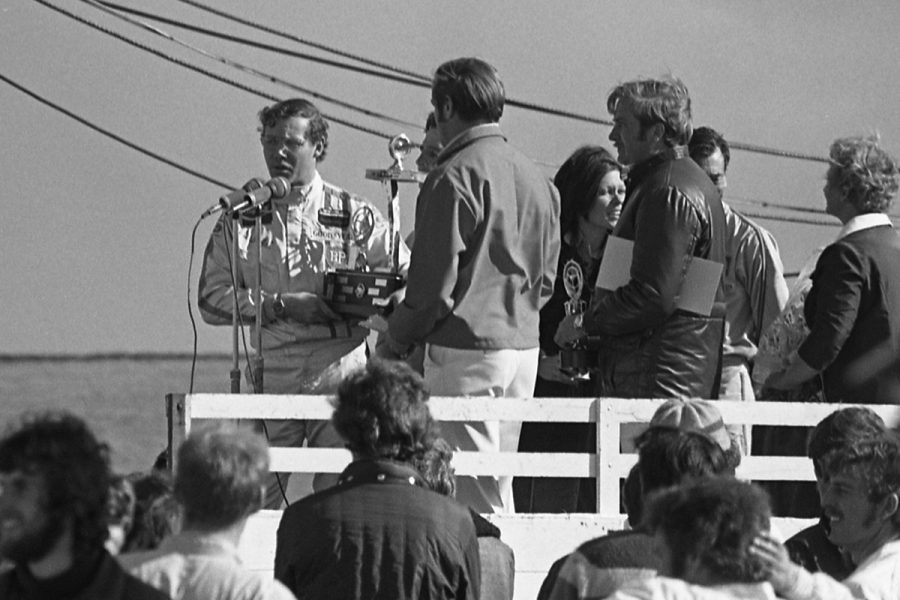 Moffat, pictured at Calder in 1971

The race consisted of 13 laps of Mount Panorama in an era when wooden fencing and chicken wire served as the only barriers around much of the circuit.

The Chase was still over a decade from being inserted into Conrod Straight, leaving a flat-out, 270 km/h run from the kink exiting Forrest's Elbow, over two crests, and down into the hard stop at Murray's Corner.

Race day was Easter Monday. Moffat qualified on pole with a near-three second margin over Geoghegan.

While Jane got jump from the second row to lead initially, the Mustang and Falcon soon found a way past and pulled away.

The Geoghegan car, using its more powerful 351 cubic-inch V8 engine, hauled the red Mustang in, roaring past it to take the lead up Mountain Straight on lap 3.

The lead changed hands again and again, the pair each taking risks while lapping slower cars to try and gain an advantage.

Whenever the Falcon led the Mustang shadowed it up and down the hill, tucked tightly into its slipstream.

The close proximity came at a cost: at one point the Mustang's wipers came on, its driver trying in vain to clear oil smeared across his windscreen.

On the final lap Moffat threw caution to the wind, unbuckling his harness so he could poke his head out the window to see.

Reflecting on the race in his 2017 autobiography, Climbing the Mountain, Moffat depicted the move as a moment of madness.

“I made the decision that the only way to catch Pete was to put my head out the window and the only way to do that was to take off my seat belts and perch on the side of my bucket seat,” he wrote.

“It was the most dangerous, worst-considered thing I’ve ever done in my racing career.”

Moffat ranged up alongside Geoghegan as they charged down Conrod.

Leaving his braking until after clearing the second hump, the red machine landed hard enough to crack its front spoiler and brake ducts.

It wasn't enough. Geoghegan took the chequered flag by 0.6s after a 31-minute battle between two titans of the sport.

With mechanical dramas sidelining both Jane and Beechey, the Fords' pace saw them lap every other car in the race at least once. 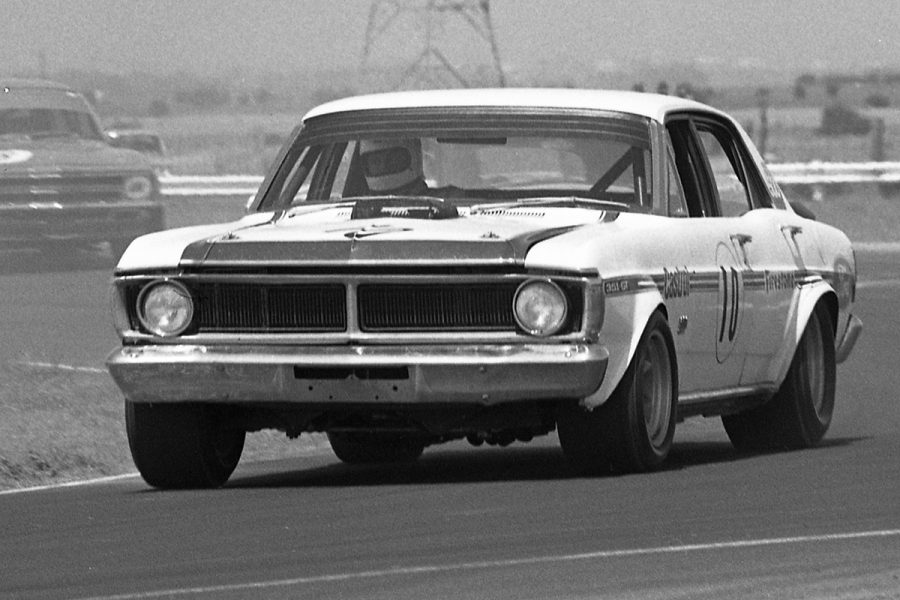 Geoghegan's Falcon, pictured at Calder in 1972

But the race didn't quite end there. Moffat, the front of his Mustang dripping with oil, lodged a protest.

Similar smears on the panels of the white Falcon made the source of the fluid clear, but Moffat's late charge had done him no favours.

He set a new lap record on the penultimate lap – almost three seconds faster than his pole time, and over seven faster than the previous mark.

The stewards considered the protest for 90 minutes before upholding Geoghegan's victory, a significant one in championship history.

It was the first triumph for the Falcon, a model that etched itself into the Supercars Championship record books with 17 titles, 314 championship race wins and 14 Bathurst 1000 victories before being retired at the end of last year.

Geoghegan's victory also signalled the end of an era for the racer who dominated the championship's early years.

He co-drove with Moffat to win the following year's Bathurst 1000 and claimed one more championship race victory at Sandown in 1978, but 'Pete's greatest years ended with the close of the Improved Production era at the end of the 1972 season.

1972 also marked the last time the championship raced at Bathurst for 23 years.

Mount Panorama's Easter meeting became bikes-only from 1974 until its final running in 1988.

Cars returned at Easter in 1991 for the inaugural Bathurst 12 Hour, and this Easter weekend sees the circuit host the Bathurst 6 Hour race for production cars.

The Supercars Championship returned for standalone rounds in 1995 and 1996, before the Bathurst 1000 became a points-paying event in 1999.