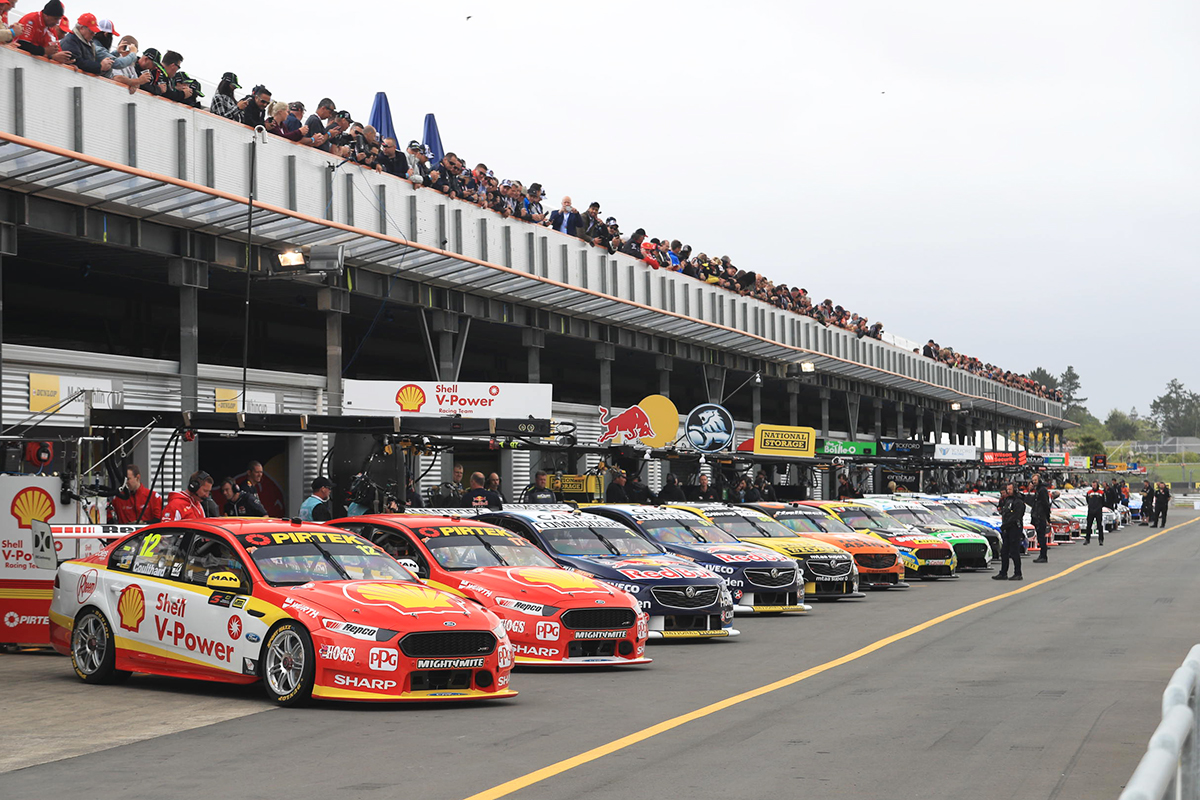 Dutton's 2018 title contender Shane van Gisbergen took victory last Saturday at Pukekohe, which remained provisional based on an investigation into spinning wheels at a pitstop.

Deputy Race Director Michael Masi opted not to impose any sanction, based on the wheels not completing a full rotation – a tolerance that is not outlined in the regulations but has been applied previously.

DJR Team Penske appealed that decision immediately, but was unsuccessful in a hearing on Sunday morning.

Dutton noted the case was "an interesting one", but feels protests could open a Pandora's box.

"All we ask for with those type of rules, we all say it, team managers, team owners, everyone says the same thing, is consistency," he said.

"Consistency was applied. People chose to question that. There was heaps of evidence to say that it was consistent as recently as Bathurst.

"I was actually a little bit surprised that the team chose to protest it to be honest. 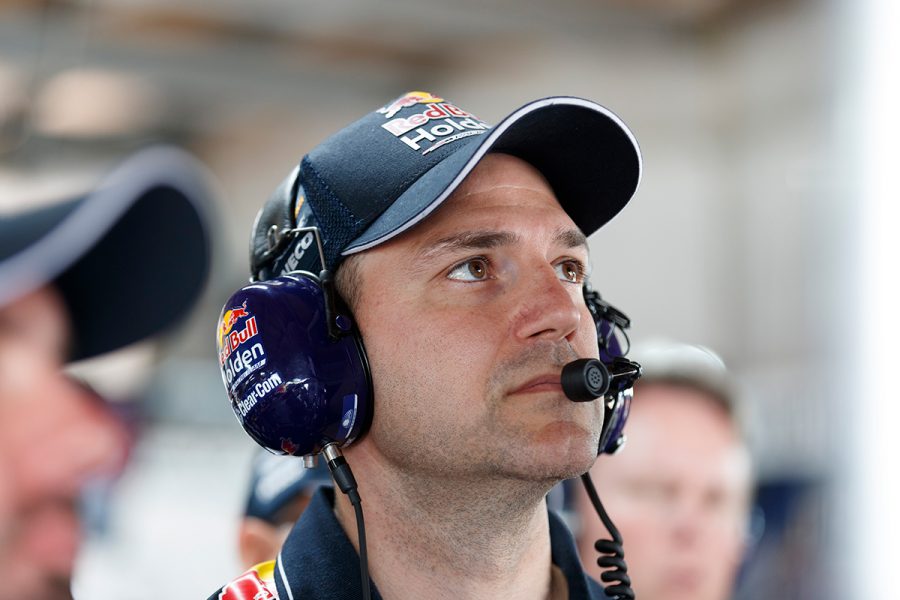 "As far as I know, and I could be wrong, but it’s the first time for a non-technical regulation that didn’t involve that team’s car has happened.

"They’re not the type of precedent you want to set.

"I could name three things our direct opposition did [at Pukekohe], two of them were a drive-through and one was a disqualification from part of the weekend; but that’s dirty pool, we played it clean.

"There’s these little niggles that I hope everyone else up and down pitlane, we try and just go fast on track, try and do the best pitstops you can, and not worry about some of those rules that, it just becomes the wrong culture if you encourage them.

"We definitely don’t. We’re not perfect, but we always try and improve." 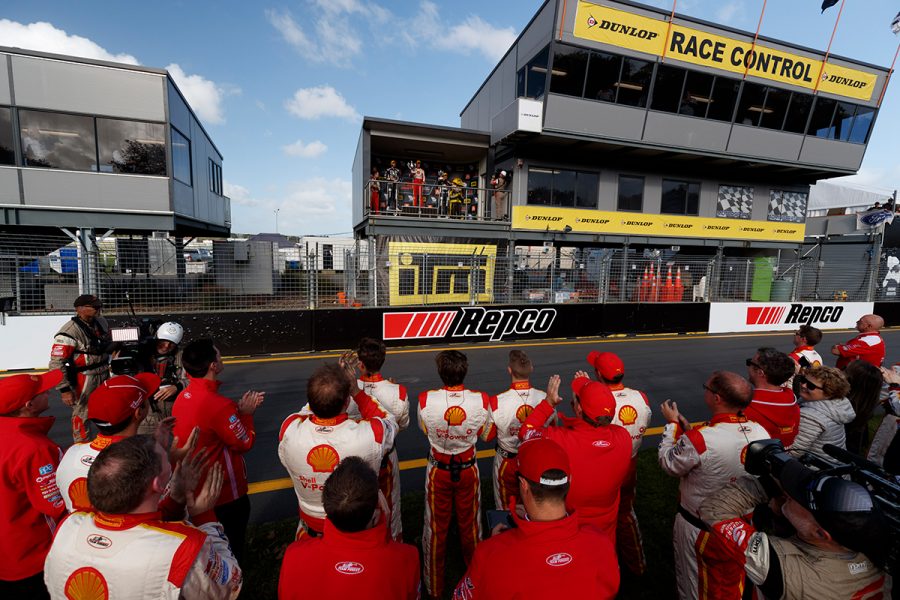 DJR Team Penske chief Ryan Story was not at Pukekohe due to a family medical emergency, but led his outfit's protest remotely.

While he declined to respond to Dutton’s comments when approached by Supercars.com, he subsequently explained the rationale for the protest on a Fox Sports Motorsport podcast.

"I didn't expect that we would be successful with our protest but I thought it was important to effectively test the result and the response," he said.

"What concerned me was that the evidence that was submitted indicating the precedent of not completing a full revolution, not being a penalty all related to David [Reynolds] at Bathurst and Adelaide.

"Basically, what those incidents entailed was David putting the car in gear and maybe not having his foot on the brake. [In the van Gisbergen case], it's the second move we were most concerned about.

"We found an incident from 2015 where less-than-a-revolution was completed and it was a penalty and another one from '17.

"And we found one particularly interesting one from Darwin in 2013 that involved Triple Eight and then Dutton getting on the tele and saying 'it was less than a revolution, but them's the rules, the wheels can't move and that's what a penalty is'.

"It is what it is and we'll move on from it. I think what it does is it now sets a precedent that everyone has a clear understanding of, whereas I don't think that was the case before." 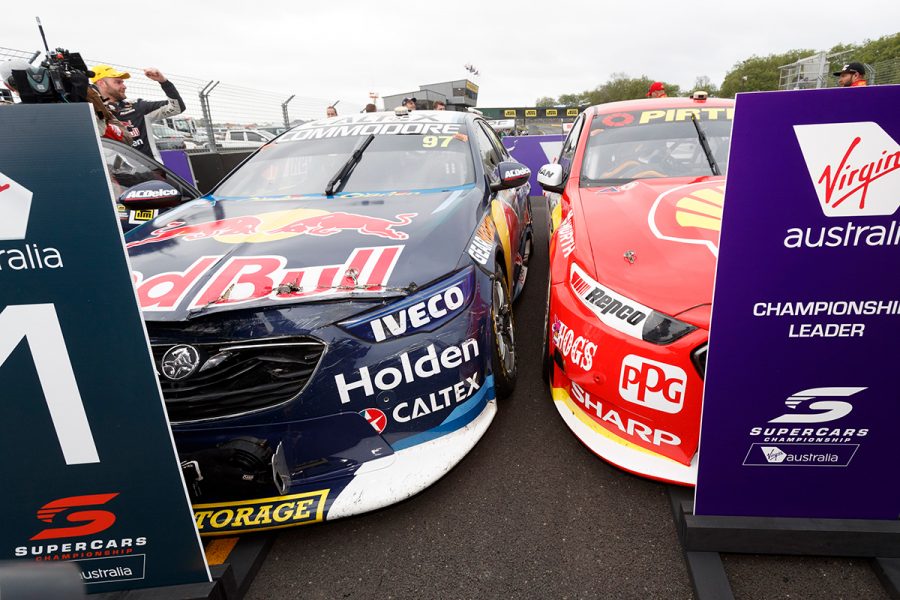 Story's charge Scott McLaughlin was beaten to victory by van Gisbergen on Saturday, and subsequently parked in post-race in parc ferme by the Red Bull Holden.

Those race results closed the gap in the title fight to two points, but McLaughlin responded with his first victory since July to rebuild his advantage to 14.

"You do what you can to motivate your troops," Story added.

"To win races, and ultimately – hopefully – championships you have to have everyone pulling in the same direction.

"From where I sit running this team, part of this was being prepared to stand up for ourselves and protest that result on Saturday.

"A sane man knows the protest is unlikely to be successful, but you do it to show your boys you're prepared to fight for every little skerrick to give them every opportunity to win.

"And then on Saturday afternoon, when the star steerer gets blocked in like that, you use that again to motivate yourselves, to get yourselves up to do the best job you can.

The title battle between McLaughlin and van Gisbergen will conclude at the Coates Hire Newcastle 500 on November 23-25.