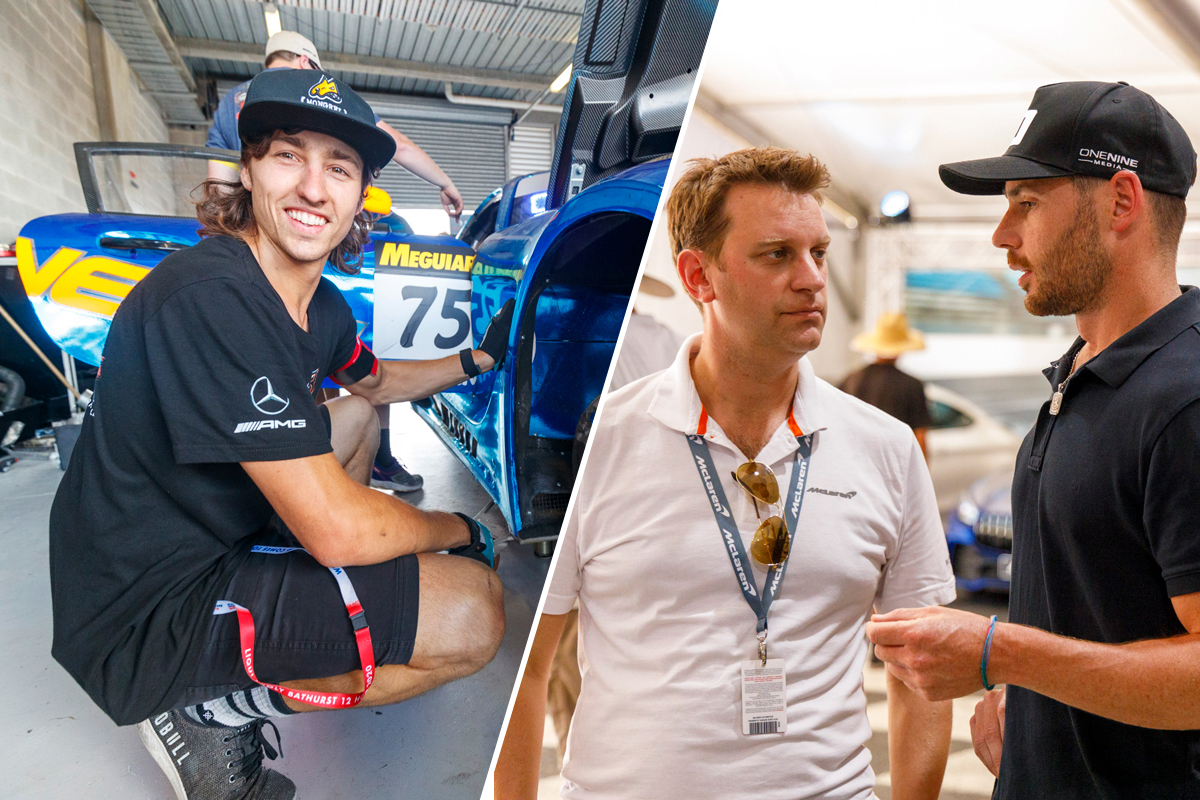 Supercars drivers Macauley Jones and Scott Pye have taken on different roles for the Liqui-Moly Bathurst 12 Hour this weekend.

Team CoolDrive steerer Jones is working as the number two mechanic on the #75 SunEnergy1 Racing entry, while Pye is operating in a media capacity with his One Nine Media business.

Jones’ appearance on the tools came as a surprise to his Supercars peer David Reynolds, who is co-driving the eye-catching Mercedes.

“It was a bit weird when I turned up and saw Macca working on the car,” Reynolds told Supercars.com.

“I can’t take a wheel off to save my life. If I stopped on the highway I would be ringing my team saying ‘can you help me?’”

The opportunity for Jones to take part as a crew member came after car owner Kenny Habul rang MARC Cars founder Ryan McLeod in search of mechanics and the 25-year-old from Albury fit the bill given his qualifications. 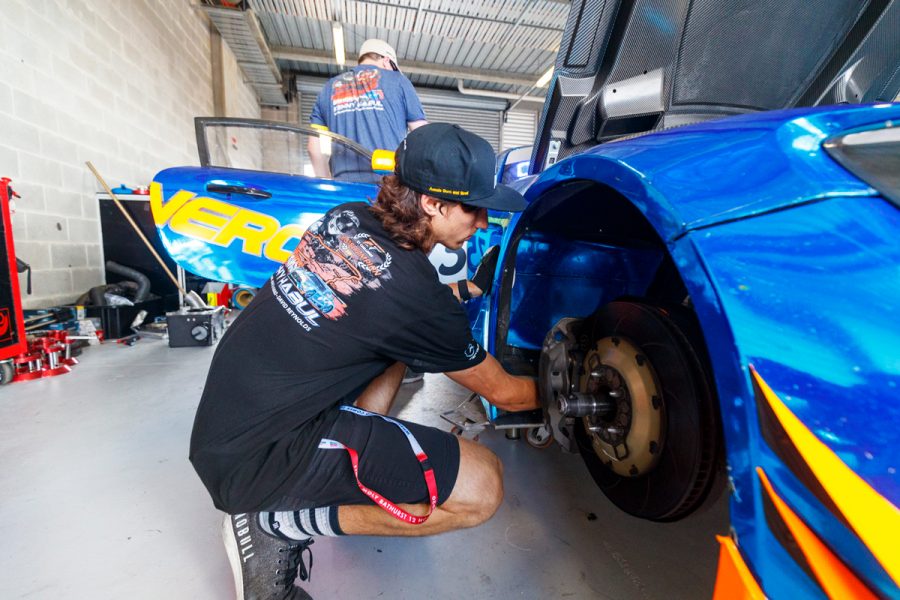 “Once I left school I went straight into an apprenticeship,” said Jones, who made no secret of his desire to one day race in the 12 Hour.

“I have only really worked on Supercars. I did some Formula Ford stuff when I first started and some Super2.

“I haven’t done much GT stuff so it has been interesting. I’m actually learning a lot.

“There’s a bit of a language barrier between me and the #1 mechanic and engineer, they’re Frenchies, but I’m enjoying it.

“It’s a new challenge and pitstops is something I’ve never been on this side of, so that will be interesting.

“We had practice [on Thursday night] at like 9:30. It was OK, I’ve got a bit to learn but like I said I’ve never done any pitstop stuff. We’re getting there.”

This is Pye’s second time at the 12 Hour in a work capacity, on both occasions working on the video production and social media front for 59Racing. 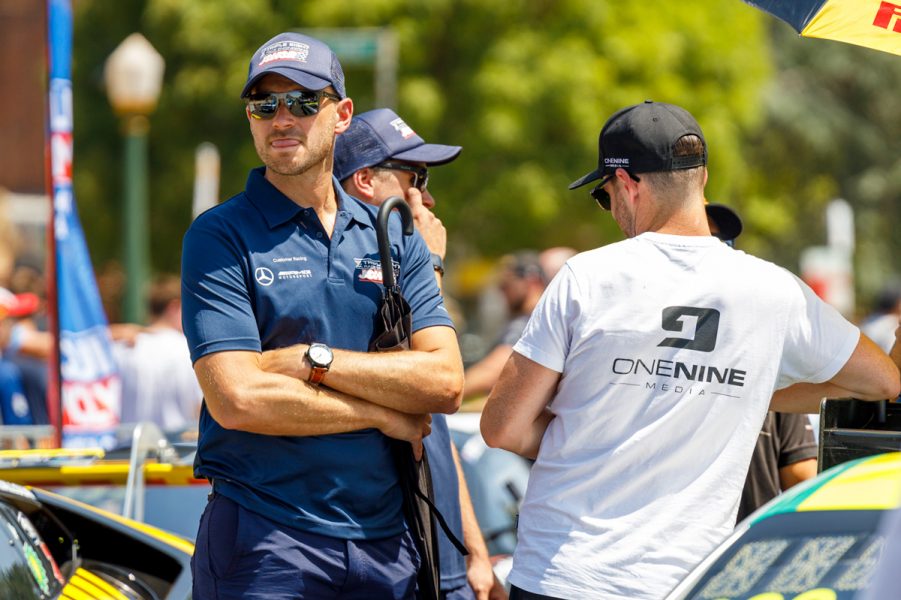 “It’s an odd feeling to be here in a different capacity for sure,” Pye (pictured above, right) told Supercars.com.

“You don’t realise it because you go through the emotions so many times but you certainly get anxious and nervous on a race weekend whereas coming here it’s just a different mentality and you’re ripping into your work.

“Because we are filming for a certain team and I know Fraser [Ross] really well and Dom [Storey] who is in the car with him, I’ll certainly be going for them.

“But my mind will be completely occupied with making sure that we’re getting shots of the crew and everything at the right times when the race day starts.” 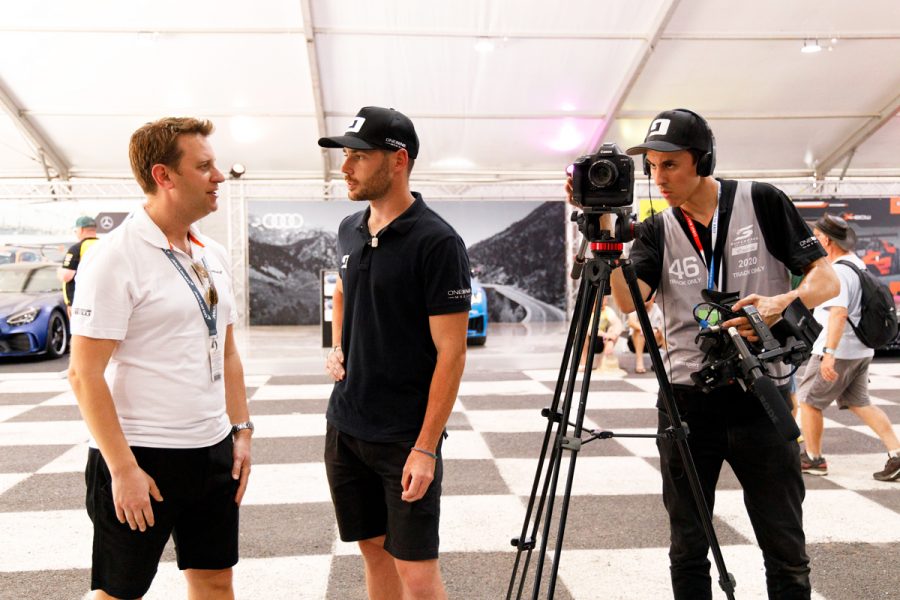 Pye enjoys having a passion to sink his teeth into beyond motorsport and feels his experience in dealing with stakeholders as a driver has translated valuably.

The Team 18 recruit’s next jobs include working on the livery launches for both his new team and existing client Penrite Racing.

“Certainly for me it’s a busy time of year,” Pye said.

“I enjoy it but it’s funny because I’m on both sides of the fence now.

“I’m training to be a race car driver and to be ready for that first round in Adelaide but I’m also prepping with the teams to make sure everything is delivered at a high standard in terms of their social front.”

Scott Pye  ›
Stay In The Know
Sign up to the Virgin Australia Supercars Championship Newsletter
This website uses cookies to improve your user experience. By continuing, you will be providing your consent to our use of cookies.Ok