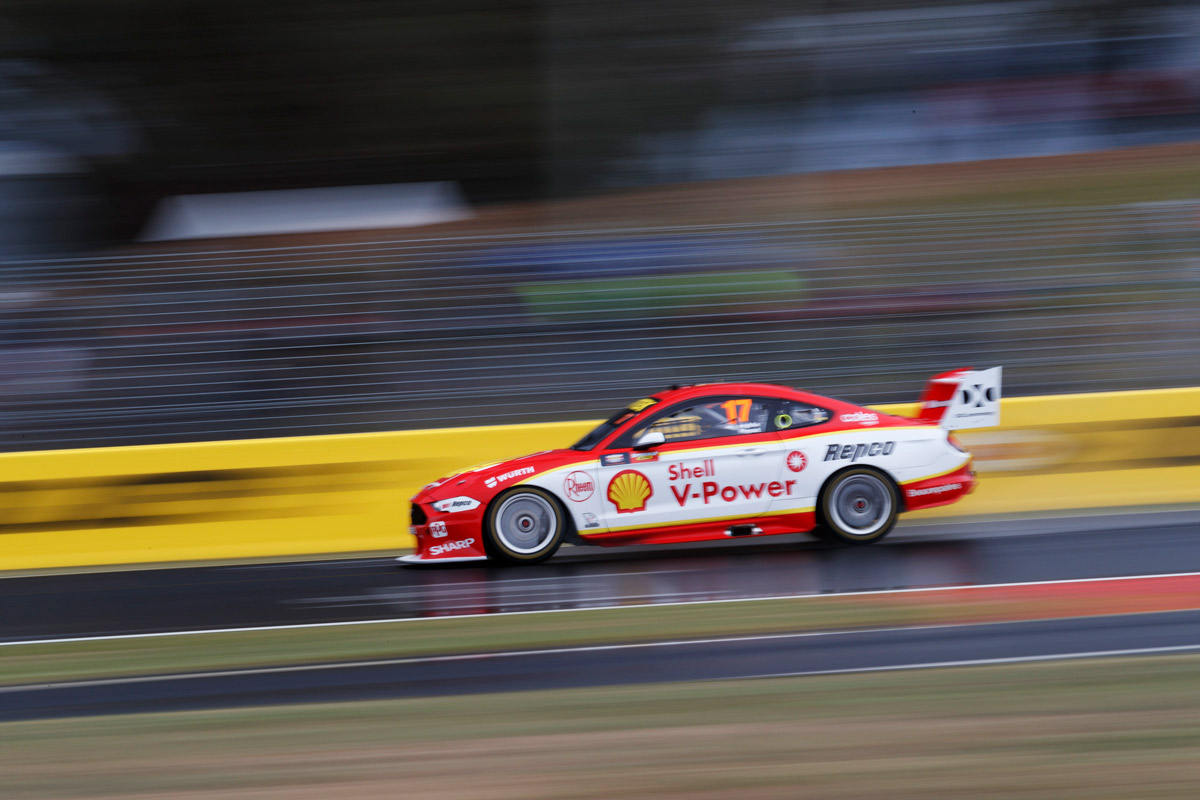 Leading drivers and co-drivers are ready for a gruelling, rain-affected 2020 edition of the Supercheap Auto Bathurst 1000.

The Sunday forecast for Bathurst is a very high chance of showers with the possibility of a thunderstorm.

With that on the cards, race officials on Friday elected to bring the race start forward by 30 minutes to 11:00am local time, to help ensure the race runs its full distance.

While Bathurst does not have a time-certain cut-off, it is limited by 161 laps or fading light – which may be a factor if there are long Safety Car periods or even red flag interruptions.

None of the nine sessions held across Thursday, Friday and Saturday have featured wet tyre running, with the only significant drops falling at the very end of Friday qualifying.

That means drivers have not had a chance to feel-out and tune their cars in wet conditions, adding to the usual unknowns of the Great Race.

“Weather is going to play a big part, there’s going to be a fair bit go down,” said Will Davison after watching Cameron Waters put their Mustang on ARMOR ALL Pole.

“Of course we’re nervous, everyone is, it’s a big day and a big prize in our sport.”

Added Waters: “Traditionally at Tickford we don’t really change the car too much going into a wet session, so hopefully the car is good in the wet.

“If not, it’s going to be a long old day, but I think it’ll be ok. Obviously Will’s driven these cars as well so he knows what to expect, so that will probably help us a little bit also.”

Scott McLaughlin’s co-driver Tim Slade is among those never to have driven his Bathurst steed in the wet, completing only a single test day in the car prior to the event.

The #17 Shell V-Power Racing Mustang will start the race from second place, most likely with McLaughlin at the wheel if it’s wet, but Slade is downplaying any disadvantage.

“Scotty was on pole here qualifying in the wet [last year], so the thing is obviously pretty good, it’s got the grip there,” said Slade.

“It’s normal race car driver stuff; if it’s got grip you’ll extract the most out of it. I don’t think it’ll be too much of an issue.

“It could have a bearing on who starts the race, but that’s about it I think.”

While Friday qualifying was held in the rain last year, the last wet running in the race itself took place in 2017.

One of the stars that day was Warren Luff, who set up a podium run for himself and Scott Pye with two stunning opening stints from deep in the field.

This year, Luff is teamed with Walkinshaw Andretti United ace Chaz Mostert, who put their #25 Commodore third on the grid in the Shootout.

“To be fast here in the wet you need a good car and you need to have confidence in your car,” said Luff.

“There’s 25 cars out there with drivers who are capable of doing a good job if they’ve got the car under them.

“We’re pretty confident that if it does, or probably when it rains tomorrow, we’ll have a strong package, so head down and keep pressing on.”

The 20-minute warm-up session is scheduled for 8:30am local time, giving teams a chance to complete final preparations for the final race of the 2020 Supercars season.