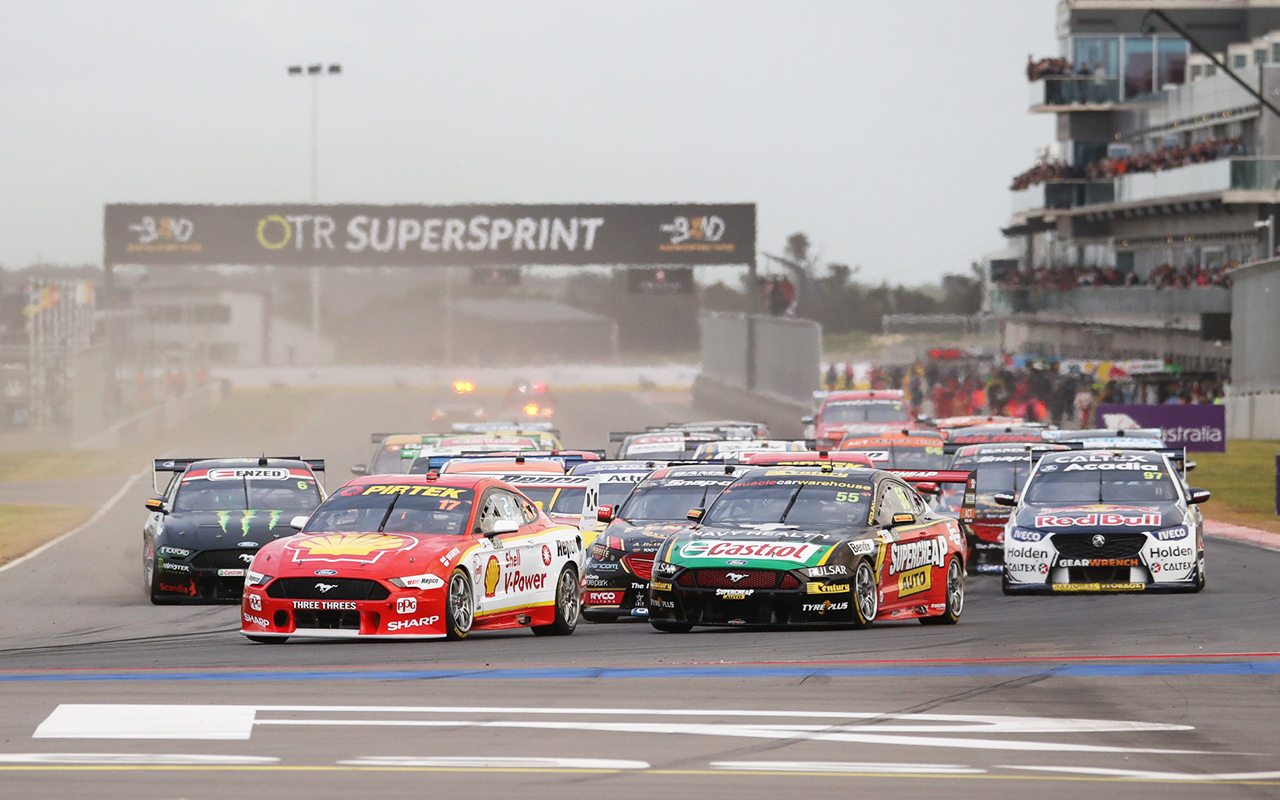 Saturday's OTR SuperSprint winner Scott McLaughlin has tipped The Bend’s transition into an endurance event next season to offer a ‘bloody hard’ challenge.

The Shell V-Power Racing spearhead out-dragged polesitter Chaz Mostert off the start line yesterday to take the opening race of the OTR SuperSprint.

After completing the 24-lap distance, McLaughlin looked ahead to next year's Bend event, which as announced on Saturday will be a 500km, two-driver opener to the PIRTEK Enduro Cup.

“It’s going to be bloody hard, the [2020] race, because if you look at my laps, I think my second last lap was my fastest,” said McLaughlin.

“The cars just keep coming along faster and faster – there’s no deg and the fuel load goes down so it’s going to be a pretty tough 500km, you’re just basically holding on the whole time and going as fast as you can.”

Penrite Racing rising star Anton De Pasquale, who finished third yesterday after a rather lonely race, believes The Bend will prove a spectacle in a longer format.

“It’s quite an intense race, you’re working every lap flat-out as hard as qualifying, so I think it will be pretty cool seeing an enduro here,” he said.

“The whole of South Australia pretty much has got motorsport in their blood, especially having the Holden plant and everything in Elizabeth, I think everyone loves their motorsport,” said the Brad Jones Racing driver, who drove forward from 19th to eighth.

“I grew up probably 20 minutes to half an hour out of the CBD … so I have got fond memories of Adelaide, growing up there and going to Formula 1 and then going to Supercars and having my first races there, so it is good.

“And the good thing with Tailem Bend, obviously it is close enough that people can make it up the freeway, it’s a pretty easy drive.”

The second leg of the OTR SuperSprint today will be a 41-lap encounter, starting 1:40pm local time, following Practice 4 at 9am and ARMOR ALL Qualifying from 10:50am.