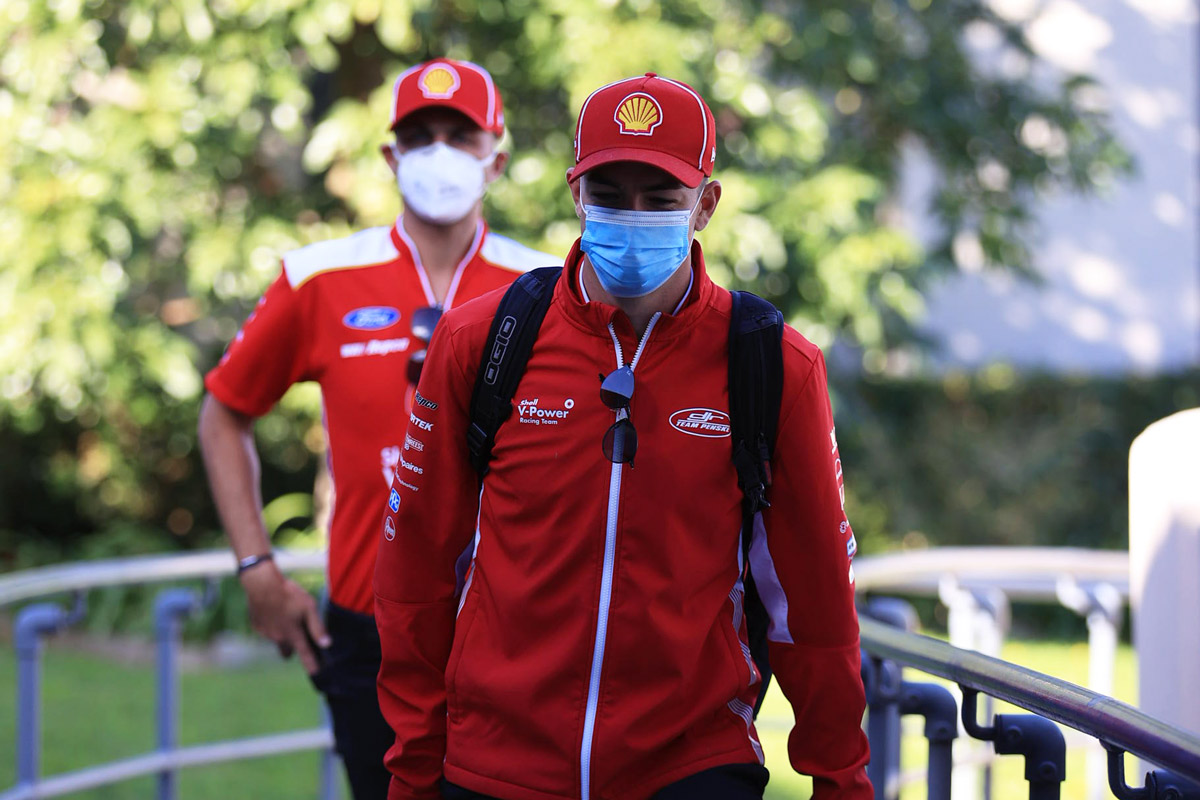 Virgin Australia Supercars Championship drivers have arrived in Sydney this morning ahead of tomorrow’s return to racing at the BP Ultimate Sydney SuperSprint.

Shell V-Power Racing duo Scott McLaughlin and Fabian Coulthard arrived at the team hotel, adjacent to the Sydney Motorsport Park circuit at Eastern Creek wearing facemasks – which their team has made mandatory this weekend when not racing.

Supercars’ Return to Racing plan implemented for this weekend outlines a number of social distancing regulations and stipulates that teams can have just 13 staff per two cars, including drivers, at the track.

While there is no specific requirement regarding face masks from Supercars, teams including heavyweights Shell V-Power and Red Bull Holden will mandate their use throughout the weekend.

Defending Supercars champion McLaughlin and returning 2010 champion James Courtney were part of a media call before today’s team track walk, outside the hotel across the road from the circuit.

McLaughlin stated in his Scott’s Corner column this morning that it is going to be surreal racing with no fans this weekend.

“There’s obviously no fans which will be bizarre,” the 27-year old penned. 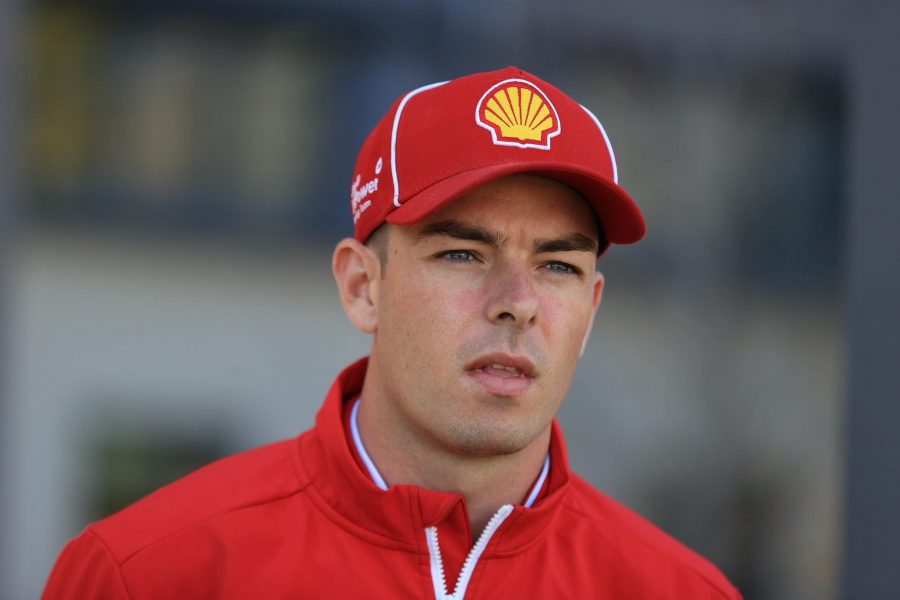 “I’ve watched both codes of the footy religiously these past few weeks and it just feels so flat with no one in the stands.

“I know motorsport is different, but to have no one outside the back of the pits will make it lonely.

“And the pits themselves will be different.

“Our garages will be so bare with no sponsor boardings.

“We’ve all been instructed to wear face masks at all times.

“And even the crew is at a bare minimum – we have no corporate staff, no PR staff, no marketing people.

“There’s just 11 others in the shed, so it’ll honestly feel like a test day in parts.”

McLaughlin leads the standings after a win and a second-place finish at the season-opening Adelaide 500 and holds a 27-point advantage over Jamie Whincup heading into this weekend.

During the break, McLaughlin says he dropped 10kg and has spent the past fortnight gearing up for tomorrow’s return to racing.

“Since the victory on Sunday in February in Round 1 I’ve lost over 10kg and I am without a doubt the fittest I’ve ever been,” McLaughlin continued.

“I worked my backside off these past three months while we suffered through the pandemic to be at the top of my game when racing resumed – so I’m hoping we can be right on the pace.

“You all know I’ve done a million miles of Eseries racing during the time off, but this past fortnight I’ve really ramped up my go-karting – which has my eye in.

“It’s a great way to blow the cobwebs out spending a day holding on to the kart – you wake up sore as hell the next morning, but it’s all worth it.”