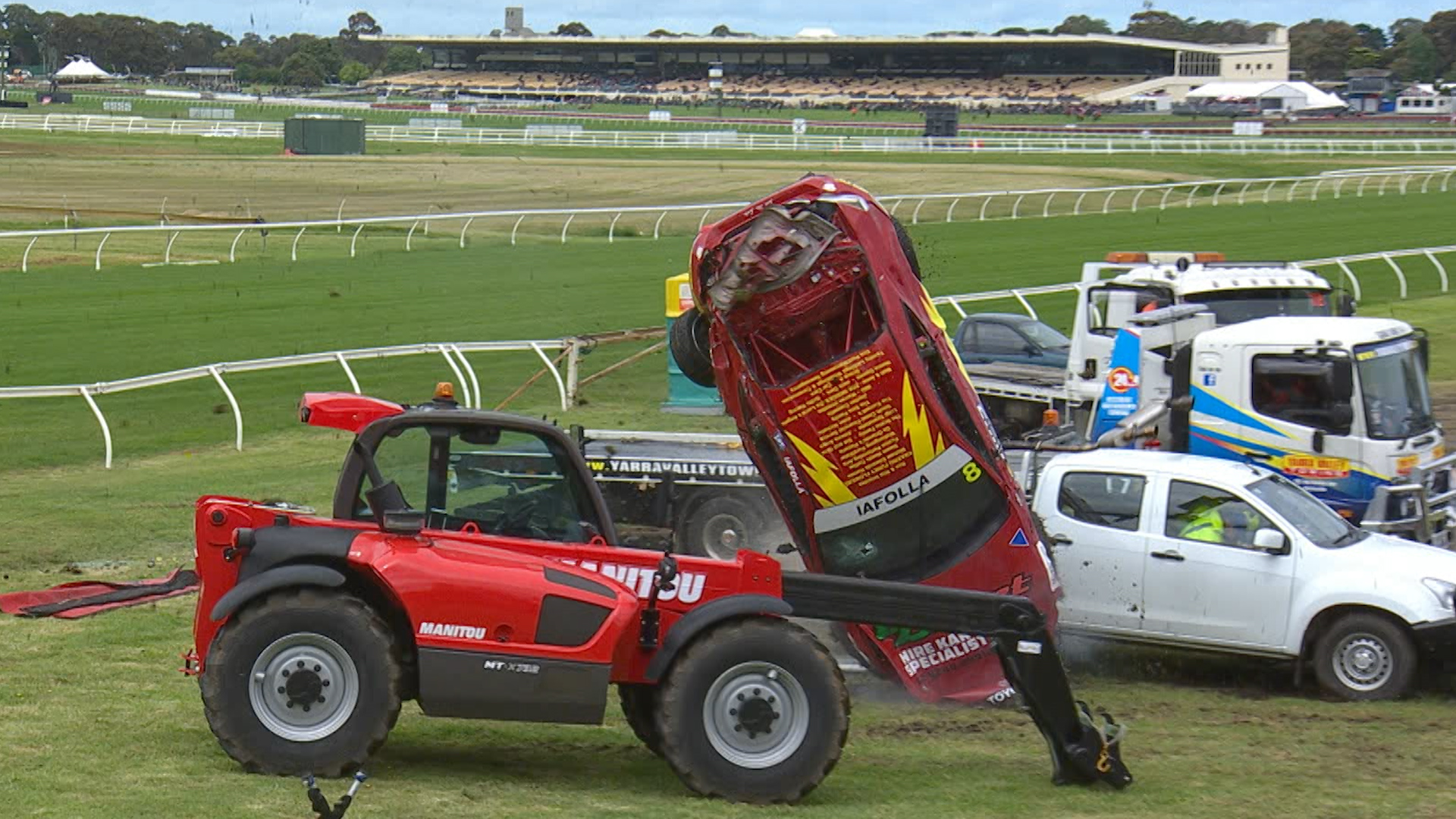 Toyota 86 Racing Series driver John Iafolla has walked away from a huge rollover crash at Sandown that has forced a delay to the start of the Penrite Oil Sandown 500.

The incident occurred on lap one of the third Toyota 86 race through the Turn 6, 7, 8 complex at the end of the back straight, with contact firing Iafolla left onto the grass at high speed.

The #8 car then speared into an armco rail, launching over the barrier and into a series of flips, making contact with a trackside support vehicle before coming to rest.

Officials red-flagged and abandoned the race, before Iafolla walked away from the vehicle.

Supercars medical delegate Dr Carl Le later confirmed the driver had escaped injury but was sent to hospital via an ambulance for precaution.

The barriers were significantly damaged, causing delays to the on-track action for repair works.