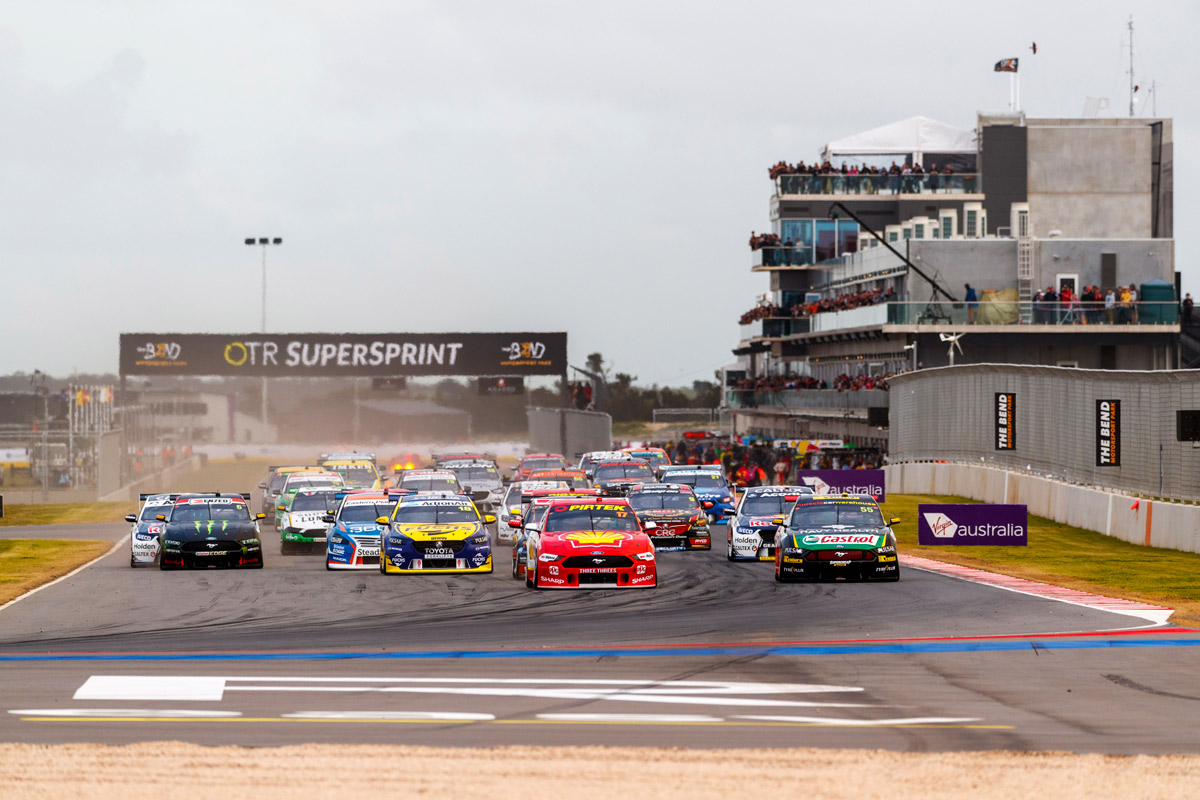 The Bend Motorsport Park has made a stunning return to the 2020 Virgin Australia Supercars Championship calendar, confirmed to host a September doubleheader.

Tailem Bend was initially scheduled to play home to an endurance event for the first time this year before COVID-19 forced multiple changes to plans.

One such domino effect was The Bend missing out on a spot on a revised calendar, only to now have two events locked in on the final confirmed schedule.

Queensland Raceway had been mooted to host a pair of rounds post-Townsville but Tailem Bend – roughly an hour east of Adelaide – has officially won that race.

Following the Robson Civil Projects Townsville SuperSprint next weekend, Supercars will have a week off before two The Bend SuperSprint rounds on September 19-20 and September 26-27 and then a Bathurst season finale on October 15-18.

“In what has been the most challenging year in living memory, I am altogether excited, relieved, and looking forward to The Bend being part of the 2020 championship,” said The Bend managing director Sam Shahin.

“It is a credit to drivers, team members, owners, Supercars and the wider motorsport community that the series has been able to navigate the difficult circumstances of the past six months.

“It demonstrates the tenacity and determination of the sport and makes us feel even prouder of being part of this community.

“The task is now in front of us to put on the best events possible in September, essentially cramming what normally takes six months of planning into three weeks, but we love a challenge!”

Talks are underway around test days and co-driver sessions to help with preparations for the year’s sole endurance race at Bathurst.

Fans will be able to attend both The Bend SuperSprint events, with more information to come on that front too.