Van Gisbergen spent the bulk of the afternoon's 45 minutes of running at South Australia's new Bend Motorsport Park on top, and as the only driver in the 1:48s bracket.

His eventual 1:48.7499s was 0.5732 seconds quicker than Whincup, with third-placed Tim Slade nearly a full-second off around the 4.95km circuit.

Supercars Championship leader Scott McLaughlin was only 12th, having made a mistake on his final flying lap, while Craig Lowndes was buried down in 27th.

Percat was running with a new transaxle in his Mobil Commodore, after missing part of Practice 1 with a gear-selection problem.

They had a gap of seven tenths back to the next-best driver, Michael Caruso's Nissan, entering the final 10 minutes.

Further down the order, McLaughlin and Whincup in sixth and eighth and Lowndes in 26th all had wild rides on the outside of the high-speed, Turn 5 left-hander.

What appeared a late shootout between Slade and van Gisbergen started with the former going half-a-second clear with a 1:49.7093s with two minutes remaining.

“It’s just the evolution of that over the weekend, but it’s definitely a good place to start. There’s a rush, it’s exciting. It’s fun.”

South Aussies Slade and Percat wound up third and fifth, capping a strong day for BJR, which at one stage had all four of its Commodores in the top 10.

Slade, the last driver within one second of van Gisbergen, and Percat were split by Chaz Mostert in the lead Tickford Falcon in fourth. 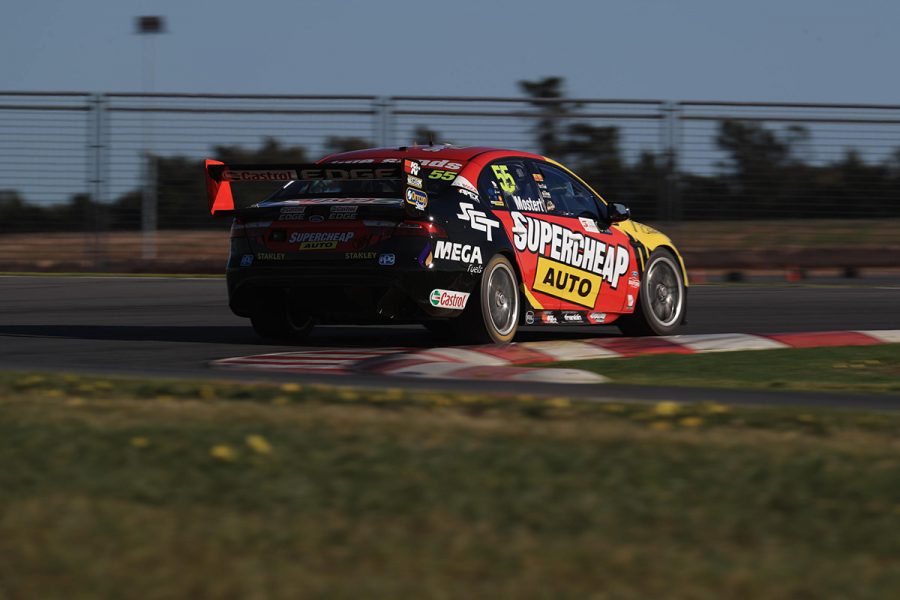 The Supercheap Auto Ford was at the foot of the times for the bulk of the 45 minutes, and leapt into fourth from 19th inside the final three minutes.

"We’re a fair bit off the front couple," Mostert said.

"The way the car is feeling, that’s the tyre grip that it’s giving us, and that’s how far we are off the competition.

"Overall to be fourth I’m super surprised after the first two practices here.

"It doesn’t mean we’re completely lost, we’ve got a good base to be inside that top 10 for tomorrow, but definitely there’s work to be done."

McLaughlin was fastest through the first sector with four minutes remaining, but ran wide through Turn 13, the lap eventually only good enough for 12th.

Shell Ford team-mate Fabian Coulthard was 25th, two spots ahead of Lowndes, who was 3.6966s off the pace after focusing on a race run.

Bright turned three laps before handing it back over to primary driver Lee Holdsworth, who wound up 14th.

Richie Stanaway was the lead rookie in 17th, just ahead of wildcard runner Macauley Jones and Todd Hazelwood, shifting back to Matt Stone Racing's Holden from Ford.

Final practice starts at 10:35am on Saturday, before ARMOR ALL Qualifying and the 24-lap, Race 22 of the 2018 Virgin Australia Supercars Championship.