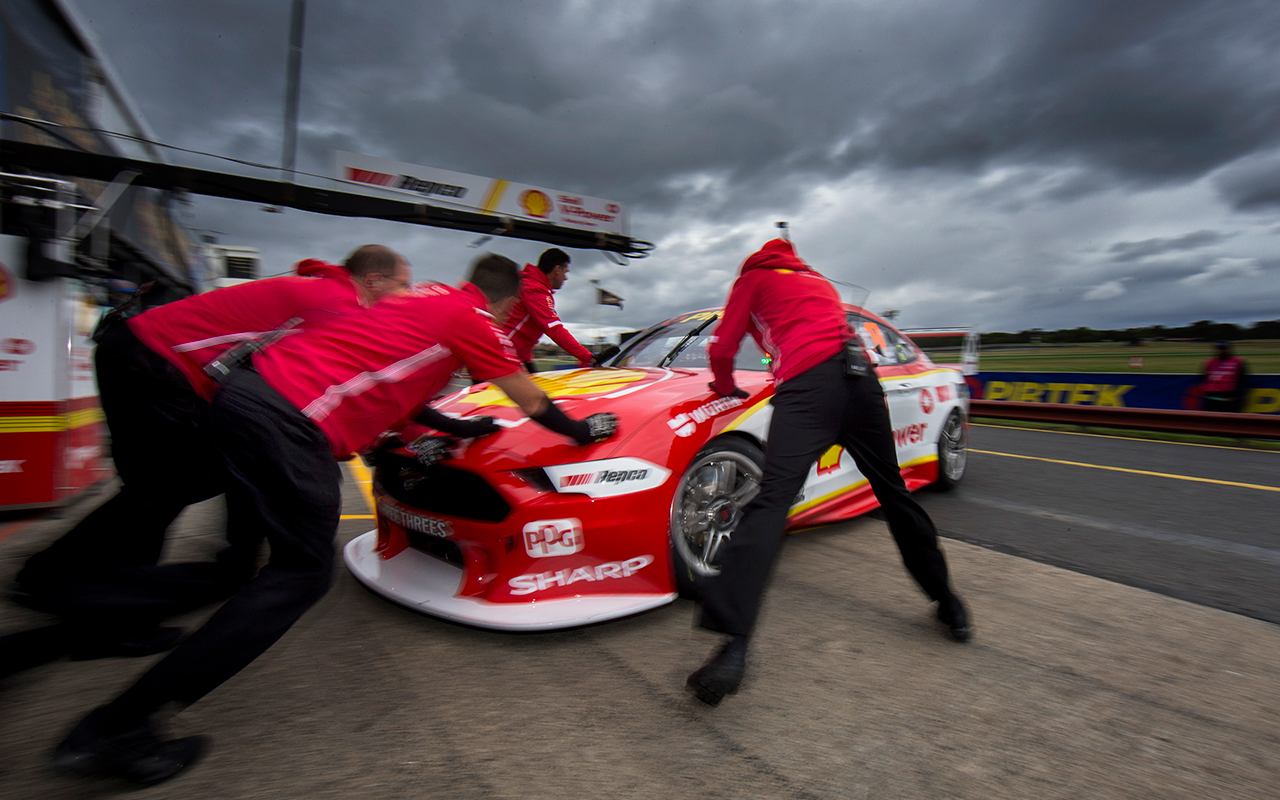 Scott McLaughlin and Alex Premat will start the Penrite Oil Sandown 500 from the rear of the grid, as the result of an engine rule breach at Bathurst.

The engine used in #17 during the qualifying and Shootout sessions at Bathurst was found to have exceeded the maximum permitted valve lift prescribed in the car's Engine Specification Document.

As a result, the Shell V-Power Racing entry has been hit with a rear of grid Sandown start, a $30,000 fine and disqualification from the Bathurst qualifying and Shootout sessions.

That strips McLaughlin of his Bathurst ARMOR ALL Pole and lap record, but leaves his win in the Sunday race, which took place after an engine change, unaffected.

DJRTP has issued a statement apologising to its fans, partners and drivers for the technical breach, which is another chapter to an already controversial Bathurst.

A week after the event, DJR Team Penske was fined $250,000 and docked 300 teams’ championship points for breaking the FIA’s Obligation of Fairness rules during the race.

Regardless, McLaughlin is almost certain to secure the championship today, needing only to finish last, even if Shane van Gisbergen wins, to put the season beyond doubt.

CAMS Stewards have released their decision regarding a technical breach committed at the Supercheap Auto Bathurst 1000.

The following information and penalty was today issued by the Stewards:

Fact:
Engine 009, which was used in Car #17 in Practice Sessions 1 to 7 (at Bathurst), in Qualifying for Race 25 and in the Top 10 Shootout (and then replaced prior to the Warm Up for Race 25), was examined by Supercars Technical personnel and the valve lift in a number of cylinders was found to have exceeded the maximum permitted valve lift prescribed by the ESD for Car #17.

Decision
Car #17, Scott McLaughlin/Alexandre Premat, is disqualified from Qualifying and the Top Ten Shootout for Race 25;

In the full decision document, stewards explained the rationale behind putting the #17 entry to the back of the grid at Sandown, despite the breach occurring at a different event.

"This is an aspect of a Penalty which has a fit with the Penalty that would have followed had the breach been identified before Race 25 started," it read.

"We acknowledge there is some force in the submission that a rear of grid relegation puts Car #17 at more of a disadvantage in the shorter Race 30 than it might have been had it started rear of grid in Race 25.

"However, that is an unfortunate but not unfair consequence of the breach having been undetected before Race 25 started.

"The fact that the breach was not detected until later is not attributable to Supercars but is a consequence of the Team having failed in its responsibility to ensure its car was compliant at all times.

"Under Article 12.2.3.4 of the FIA International Sporting Code, we have the power to impose a Penalty at a subsequent Competition in the same Championship or series and we do so."