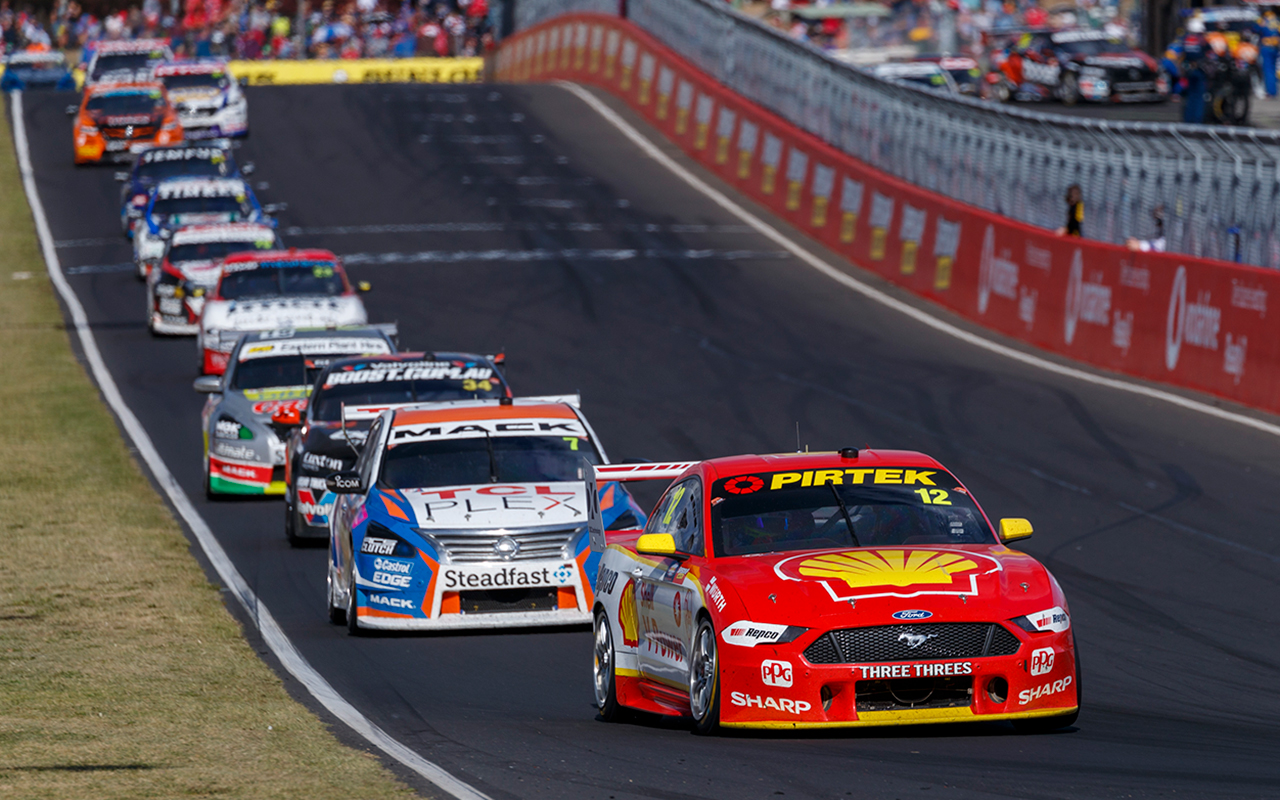 Scott McLaughlin and Alex Premat have kept their Supercheap Auto Bathurst 1000 victory, despite DJR Team Penske being found guilty of breaching FIA rules during the race.

CAMS stewards delivered their verdict after a hearing on Saturday, handing DJRTP a $250,000 fine and deducting 300 points from their teams’ championship tally.

The team’s #12 Fabian Coulthard/Tony D’Alberto entry was also dumped from sixth to 21st in the results, the last of the classified finishers.

Stewards opted to suspend $100,000 of the fine until the end of 2021, on the grounds of the team not having previously breached similar rules, co-operated with the inquiry and pleaded guilty.

Saturday’s hearing took place after Coulthard’s slowdown under Safety Car on lap 134 of 161 raised suspicion that the rules had been breached.

Coulthard held up the field after being told via team radio to slow due to "debris" on the circuit. The team later argued the call to slow was made to avert overheating issues with the car.

Slowing allowed Coulthard to avoid double-stacking behind teammate McLaughlin, who along with Jamie Whincup was able to pit and return to the track ahead of the field.

Stewards concluded the team breached the FIA’s Obligation of Fairness regulations, but stopped short of implicating the squad’s #17 McLaughlin/Premat entry in their findings.

"We are prepared to assume that there was no intention to advantage Car #17, however, it defies belief that the Engineer of Car #12 just happened to have formed a mistaken belief that there was debris at some unknown location on the circuit and that just fortuitously resulted in the very problem anticipated with Car #12 being resolved," read the stewards report in part.

The team had initially been charged with a breach of Supercars' team orders rules, but that was switched to the FIA's Obligation of Fairness on the grounds of ambiguity around the former regulation.

The fine is the largest in Supercars history and, together with the points penalty, the biggest sanctions able to be applied by the stewards for the breach.

In a statement, CAMS CEO Eugene Arocca stressed the seriousness of the rule breach.

“The penalty issued today regarding the breach of the ‘FIA International Sporting Code Appendix B’ reflects the serious nature of the incident that took place at the Supercheap Bathurst 1000,” Arocca said.

“It is also important to note that the money received from the fine will go directly into the Supercars’ Fines Fund, which is used exclusively for safety research and programs, as well safety related infrastructure, such as the development of in car warning systems or the Hawkeye system, which has been successfully implemented in the Virgin Australia Supercars Championship recently.

“I would also like to acknowledge DJR Team Penske’s co-operation with all requests from our stewards throughout this process.”

"After reviewing data from Car #12 following the Bathurst 1000 with the Stewards and Deputy Race Director, DJR Team Penske accepts the penalties issued related to the FIA International Sporting Code," it read.

"The team will be making no further comment at this time."

Supercars responded to the CAMS verdict with a statement declaring the matter is “now closed”.

“Supercars respects the independent judicial process and supports the decision made by CAMS as the FIA’s representative in Australia,” read the statement.

“We note the feedback from the Stewards on aligning more closely with the International Sporting Code and will ask the Commission to review this alignment prior to the finalisation of the 2020 Rule Book.

“Supercars stands vehemently behind its drivers and teams on matters such as this.

“There is no place for bullying, trolling or any other form of cowardice in our sport. Any such instances will be dealt with to the full extent of the law.

“This includes, but is not limited to, the blacklisting of sites, networks, applications and individuals who participate in and propagate such behaviour.

“As far as Supercars is concerned, the matter is now closed, and we look forward to racing next weekend on the Gold Coast.”