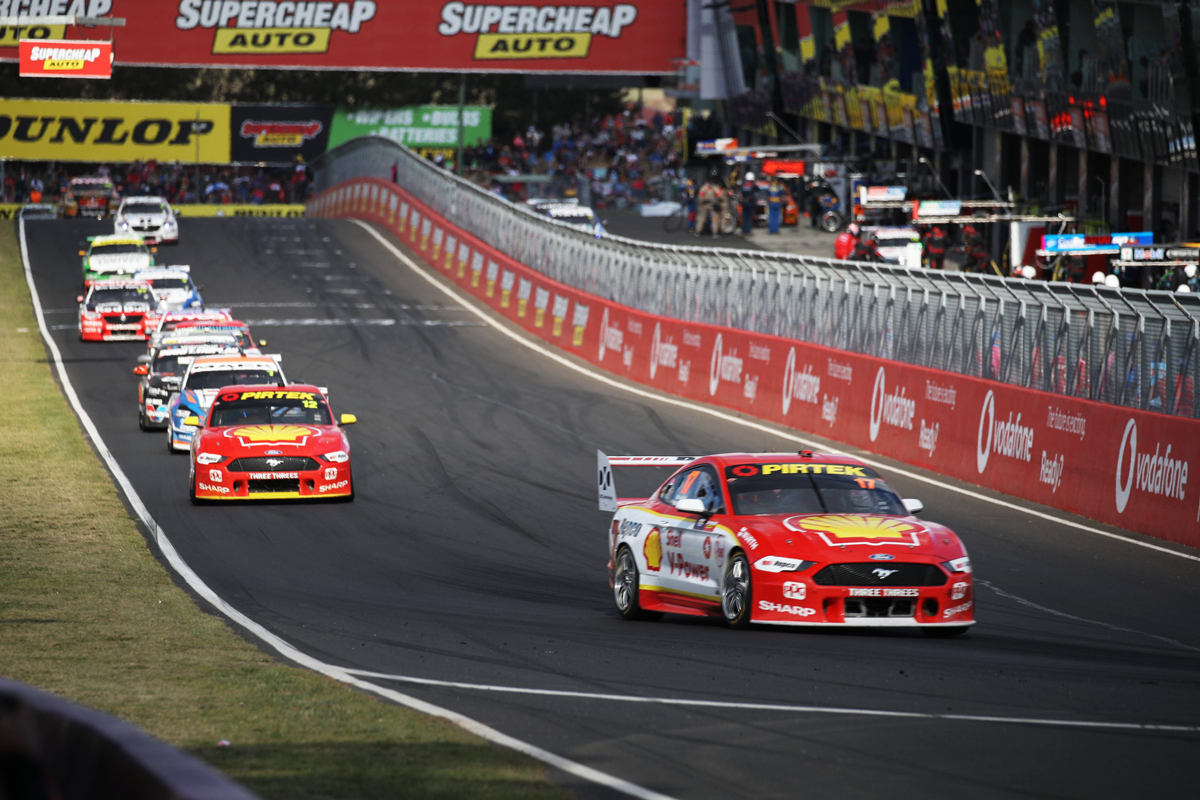 DJR Team Penske has been charged with breaching team orders regulations in the Supercheap Auto Bathurst 1000.

Members of the team including driver Fabian Coulthard were summoned by officials post-race to explain what occurred after the Safety Car was deployed on lap 135.

Coulthard was running third behind leader Jamie Whincup and teammate Scott McLaughlin when the yellows were called.

With the field preparing for critical fuel stops, Coulthard – who was facing a double-stack behind McLaughlin – slowed dramatically, backing up the pack.

That ensured Whincup and McLaughlin were able to pit and comfortably rejoin ahead of the other stoppers, some of which had less fuel to take onboard.

DJRTP managing director Ryan Story said on the television broadcast that the #12 car was having overheating issues, brushing away the incident as “one of those things”.

Coulthard was dealt a drive-through penalty for slowing excessively and eventually finished sixth in the race, won by McLaughlin and co-driver Alex Premat.

After the inquiry into the matter, officials charged the team with breaching rule D24 of the Supercars Operations Manual, prohibiting team orders.

A hearing will take place before the Gold Coast 600.