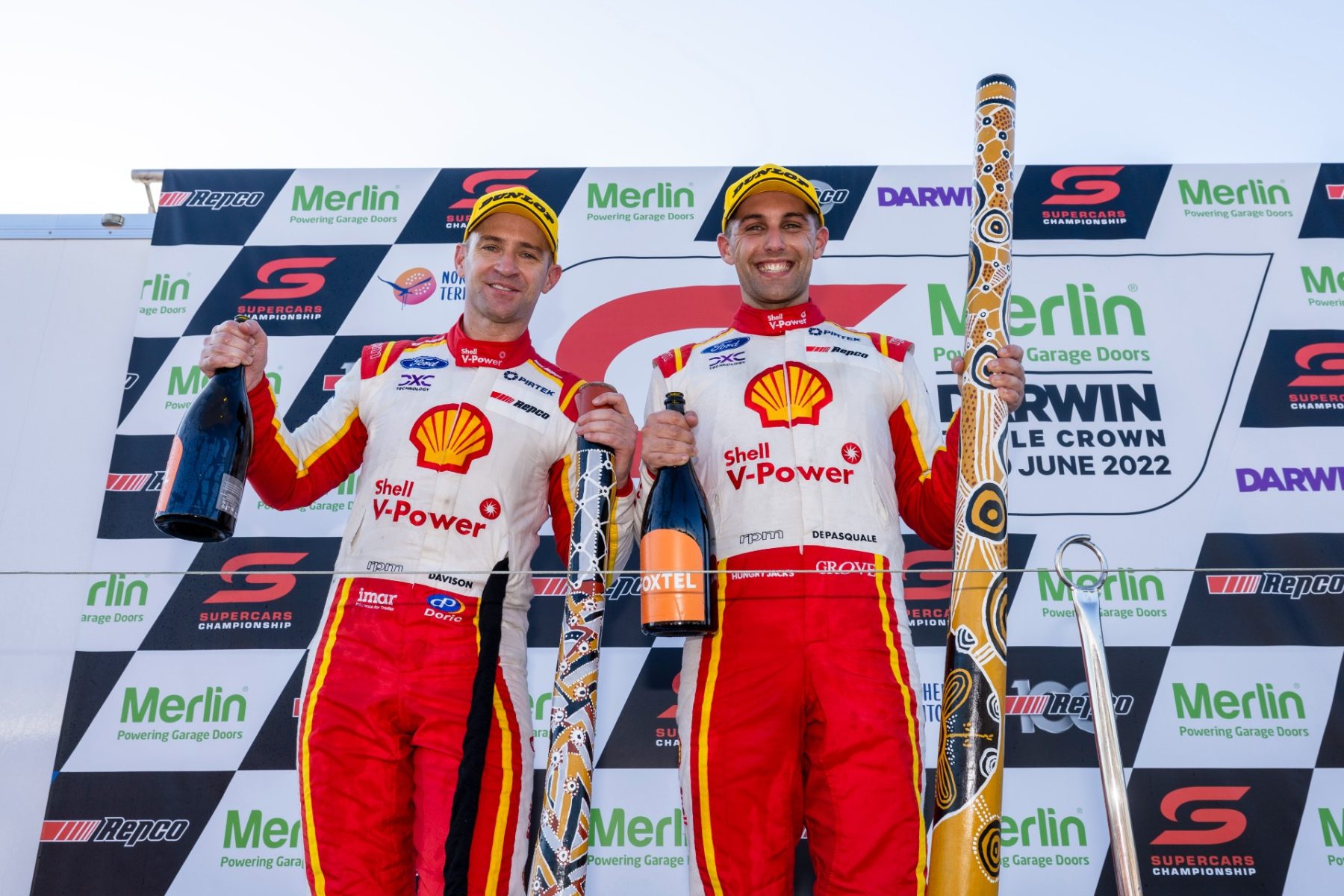 There was change at the top of the teams’ championship at the Merlin Darwin Triple Crown.

However, it was in the finale that the tides turned when van Gisbergen tumbled down the order.

Van Gisbergen’s clash with Will Davison cost the Kiwi valuable points, with Anton De Pasquale closing the gap to 214 points.

Van Gisbergen was going for third; instead, he copped damage, was penalised and finished 21st.

"It was a really good weekend for the Shell V-Power Racing Team,” De Pasquale said.

“We were on the podium, either Will or I in every race, a one-two yesterday, a couple of front-row lockouts, we’re all pretty happy.

"I think our race car has come a long throughout the year, so we will try to carry that into Townsville.

"It’s a very different circuit, we had some success there last year, so looking forward to it.”

The 2022 season will resume in Townsville next month.