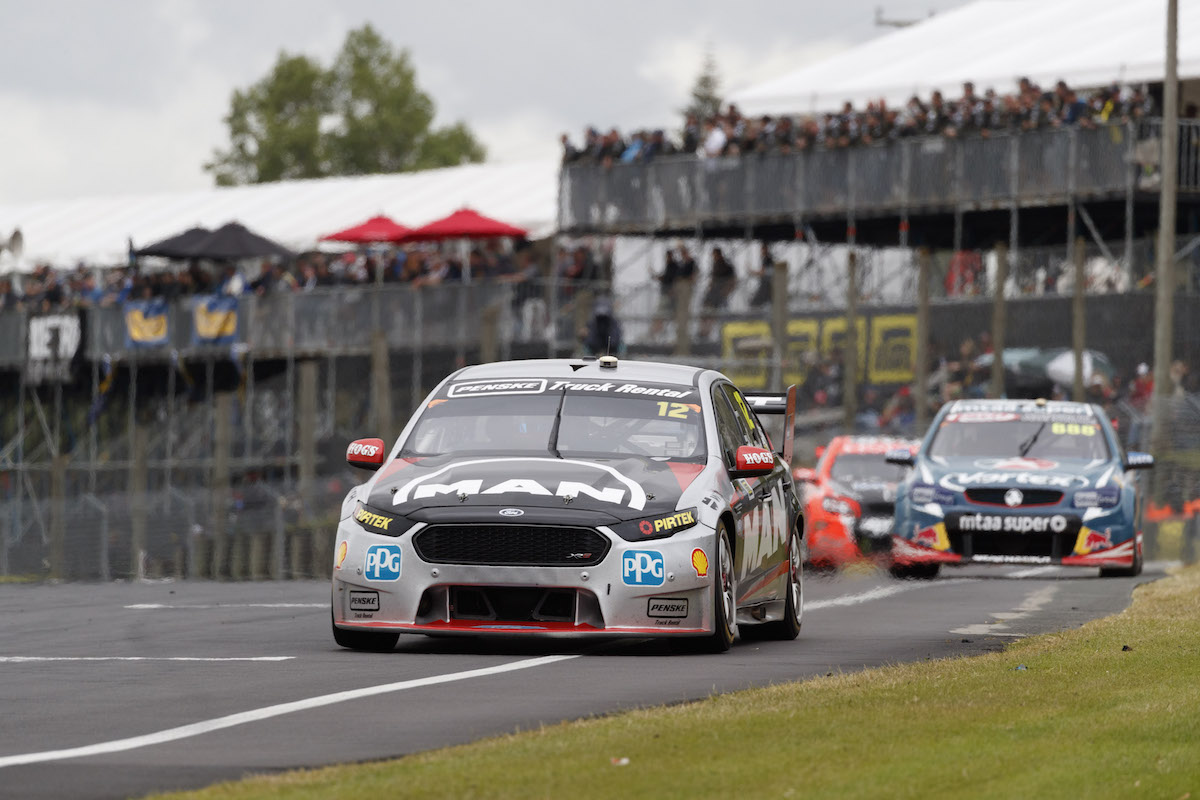 DJR Team Penske managing director Ryan Story believes the team has been underachieving and is focused on future improvement, out at Queensland Raceway testing today.

While there is an element of sacrifice after holding onto the valuable test day, Story explained there were new developments to run on the Ford Falcon FG Xs, which are being steered by Fabian Coulthard and co-driver Tony D’Alberto.

While the team is hopeful of results in Sydney, the test is also about 2017, which is why departing driver Scott Pye is sitting out.

Story acknowledged the team’s upturn in result in recent times – including Pye's second place finish at the last event in New Zealand – but still felt there was more to extract from the Supercars.

“We’ve still got quite a bit of work to do to make the car as competitive as we want it to be and the key to that is demonstrating some consistency based on results in the package we have,” Story said.

“Save for the Gold Coast, Fabian in particular has been consistently racing in the top 10 and competitive in the top 10 for the last five or six events – so there is some consistency starting to come back.

“Equally Scotty Pye has had some good race and qualifying performances in that same period.

“We need to really capitalise on the weapon we have and whilst there’s obviously a lot of steps in the background to improve on, I think we’ve still been underachieving with what we’ve got right now.”

While the team came out firing early in the season, earning pole positions at opener the Clipsal 500 and podiums shortly after at Phillip Island, results halted in the middle of the season.

Rather than test then, the team had an evaluation day with Austin Cindric in the car, before running the typical pre-enduro test in September.

Story said it was simply more important to hold on until there were developments to test, rather than going earlier in the year.

“There’s a couple of things we’re making now that we hadn’t before, so it’s a good opportunity for us to evaluate those and see what direction it gives us – that’s no different to what anyone else does on a test day,” he explained.

“We’ll continue to work on setup, evolutions and other bits and pieces as well, that’s a natural part of the process.

“In a lot of ways, where we’re sacrificed by having this day so late in the piece, the reality is we’ve certainly got a full agenda.”

Story reported a smooth morning at Queensland Raceway with no hiccups on-track for the team.