Anton De Pasquale has scored a third straight ARMOR ALL Pole Position with a record lap at Hidden Valley Raceway.

The Shell V-Power Racing Team driver was a class above in the one-lap dash following two thrilling sessions in the three-part hit-out to determine the Race 12 grid.

With the pole, his third in succession, De Pasquale matched a 30-year-old record set by Mark Skaife.

De Pasquale claimed his first two poles in succession at the last-start OTR SuperSprint, and extended his streak to three on Saturday.

Four years before De Pasquale was born, Skaife scored his first three poles in a row at Mallala, Lakeside and Oran Park en route to his maiden title.

De Pasquale was on the pace from the get-go, slotting in behind Jamie Whincup’s initial 1:06.4305s flyer.

Confident in their pace following a strong Friday, both Scott Pye and Nick Percat left it until the final three minutes to do their respective runs.

Pye clocked a 1:06.1298s to vault to the top, with Matt Stone Racing young gun Zane Goddard following him through into second.

The track evolution continued to change, and it was Goddard’s teammate Jake Kostecki who maximised his last-gasp opportunity to end the first stanza of qualifying on top.

Percat slotted into third, only for Cameron Waters to recover from his early off to demote the #8 R&J Batteries entry to fourth.

All told, Whincup was 10th; the shocks were Will Davison, David Reynolds and Andre Heimgartner, who will fill out the final three spots on the grid. 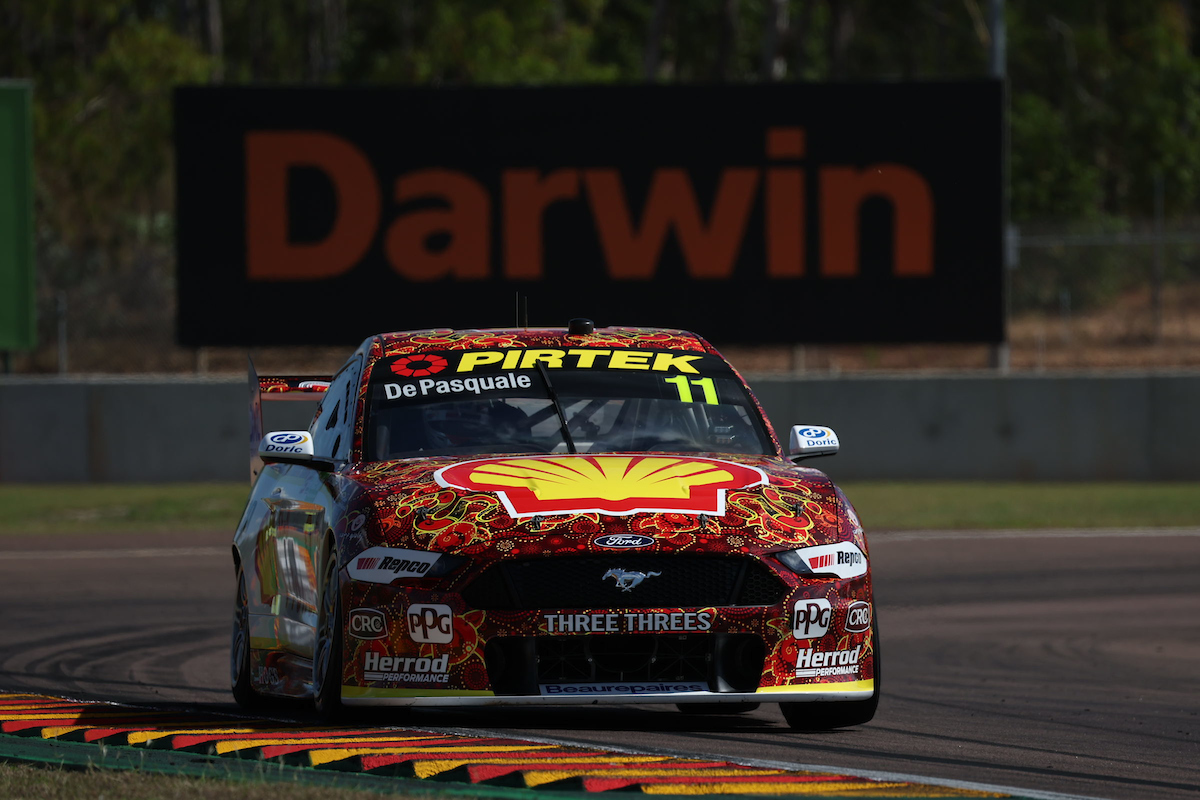 Pye, Todd Hazelwood and Macauley Jones were all within 0.1s of Kostecki’s time.

The #20 DEWALT Racing driver flexed his muscle and shot out of the gate in the second stanza with a 1:05.5296s.

Series leader Shane van Gisbergen, who was just 11th and seventh in Friday’s two practice sessions, dropped in a 1:05.5079s to head the second stanza.

The newly-resigned Chaz Mostert was just 0.04s behind Pye in third, with Mark Winterbottom making it two sessions in a row with the top four covered by less than 0.1s.

Waters, De Pasquale, Whincup, Percat and Tim Slade also sealed their positions in the one-lap dash, with the top 10 covered by 0.4s.

Kostecki was only good enough for 11th, with Goddard pipping his teammate by 0.006s to secure passage into the shootout.

Jones and Hazelwood were also unable to replicate their first session pace, and will start 12th and 16th respectively.

Percat sent a warning sign with a 1:05.6304s, with Whincup unable to unseat the BJR driver, having made an error at Turn 6. 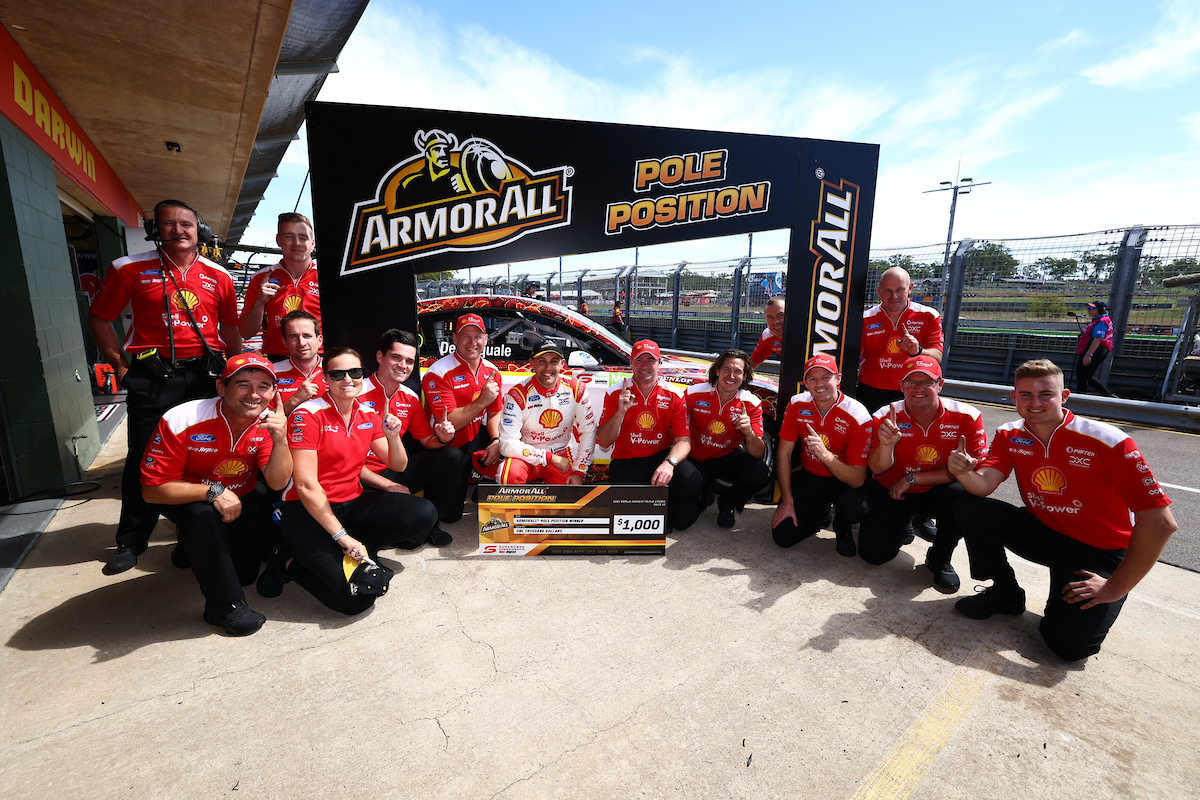 De Pasquale had a wobble of his own at the hairpin, but a blockbuster final sector saw the 25-year-old register a time more than 0.3s quicker than his closest rival.

Waters, Winterbottom, Mostert, Pye and van Gisbergen all came and went, but were all unable to unseat the #11 Shell Mustang.

Winterbottom loomed closest of all to defeat De Pasquale, only to bowl a wide at Turn 11.

It marked a seventh pole in the last 11 attempts in Darwin for the Shell Ford squad dating back to 2017.

The Team 18 driver will line up alongside De Pasquale for the 38-lap Race 12, which will commence at 3:55pm AEST.