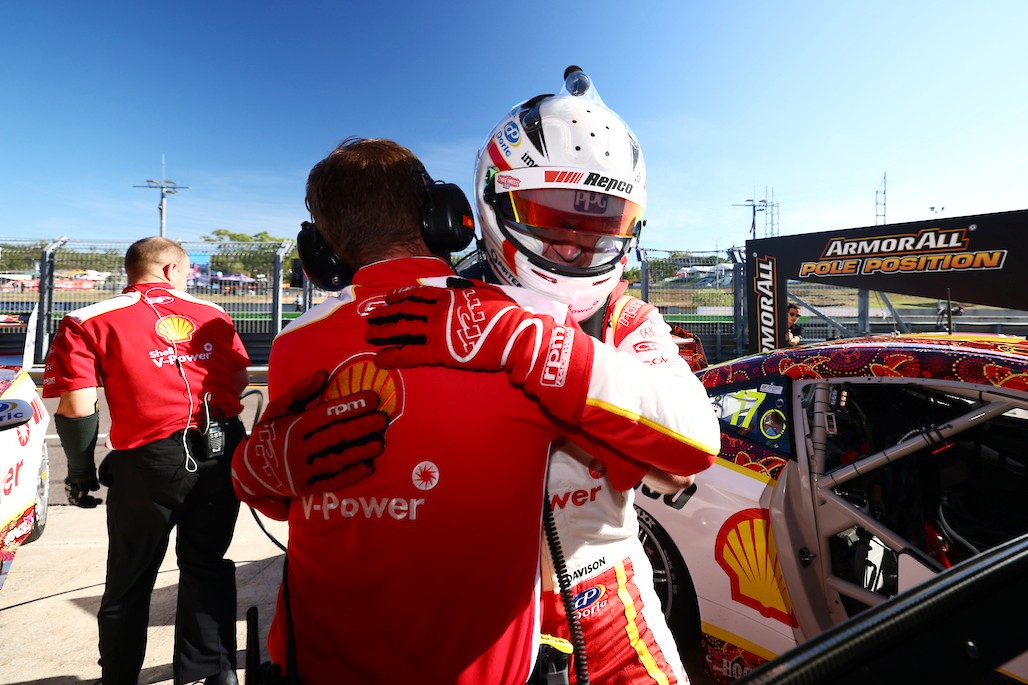 Will Davison has shaken off a tough Saturday to score his first ARMOR ALL Pole Positions since 2014.

It marked the 38-year-old's 18th career pole, and first since Sydney Olympic Park seven years ago.

De Pasquale was a whopping 0.4s behind Davison in third, with Mark Winterbottom backing up his Saturday front row with fourth.

Will Brown, who claimed a career-best finish of fourth in Race 12, pipped Jamie Whincup to fifth by just 0.03s.

Like they did in Race 12 qualifying, Cameron Waters and Chaz Mostert clocked the seventh and eighth fastest times.

Scott Pye, who was penalised for his role in the Race 12 melee, will start ninth ahead of Nick Percat.

It comes after Percat was confirmed as the Race 12 third-place finisher following an overnight investigation.

The session was immediately following by Race 14 qualifying, and Davison was again in a league of his own.

Van Gisbergen and De Pasquale were again second and third, with Whincup 0.26s down in fourth.

Brown let the time sheets following an early flyer, only to be bumped to 11th.