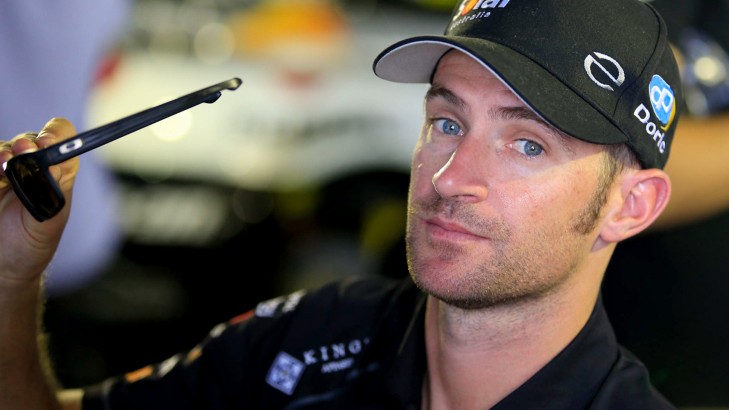 Will Davison has been confirmed as Tekno Autosports' 2016 driver in a flurry of statements issued late Friday afternoon.

Media speculation had run rampant all week that the 2009 Bathurst winner and V8 Supercar championship runner-up had negotiated an exit midway through his lucrative four-year deal with Betty Klimenko's privateer Erebus Motorsport.

While Davison was refusing to discuss his future when approached by media during practice at the Gold Coast 600, the Erebus team broke its silence late in the afternoon by issuing a statement confirming the 33-year old's departure.

"Erebus Motorsport has today confirmed that driver Will Davison will finish his tenure with the team at the end of this year's V8 Supercars Championship.

"In a mutual agreement between both parties, Davison will fulfil his existing contract to the team for the remainder of this year's Championship before moving on at the end of the year.

"Erebus Motorsport and Davison are committed to finishing the year strongly in the Erebus Penrite Racing #9 car at the remaining Championship rounds on the Gold Coast, New Zealand, Phillip Island and Homebush.

"Erebus Motorsport and Davison have enjoyed a two-year association which netted a memorable victory in Perth this year and a podium in Townsville last year.

"Erebus Motorsport is currently exploring its options to fill the vacant seat for next year and beyond."

TEKNO Autosports today confirmed it has signed Will Davison to a multi-year deal to contest the 2016 V8 Supercar Championship and beyond.

Davison, the 2009 Bathurst Champion, will replace Shane Van Gisbergen who departs at the end of the 2015 season.

"We are delighted to have a driver of the calibre of Will Davison join us and we're excited about the competitive potential of this new combination," TEKNO Autosports General Manager Steve Hallam said."

Davison left Ford Performance Racing at the end of 2013 after finishing third in the championship to join Erebus. Before that drove for Dick Johnson Racing and the Holden Racing Team.

After nearly two season at the team established by Klimenko when she bought Stone Brothers Racing in 2012, Davison has achieved the one win (taking his career total to 17), 14th place in the championship in 2014 and 16th currently.

His move means Klimenko must now find a replacement driver, with Prodrive Racing Australia's David Reynolds shaping as the most likely option now that most available drivers have been snapped up.

On Thursday Nissan Motorsport announced James Moffat would leave the team when his contract expired at the end of this season. Today Wilson Security GRM confirmed David Wall would be moving on at the end of 2016, intensifying speculation Moffat would be alongside good friend Scott McLaughlin a factory Volvo S60 V8 next year.