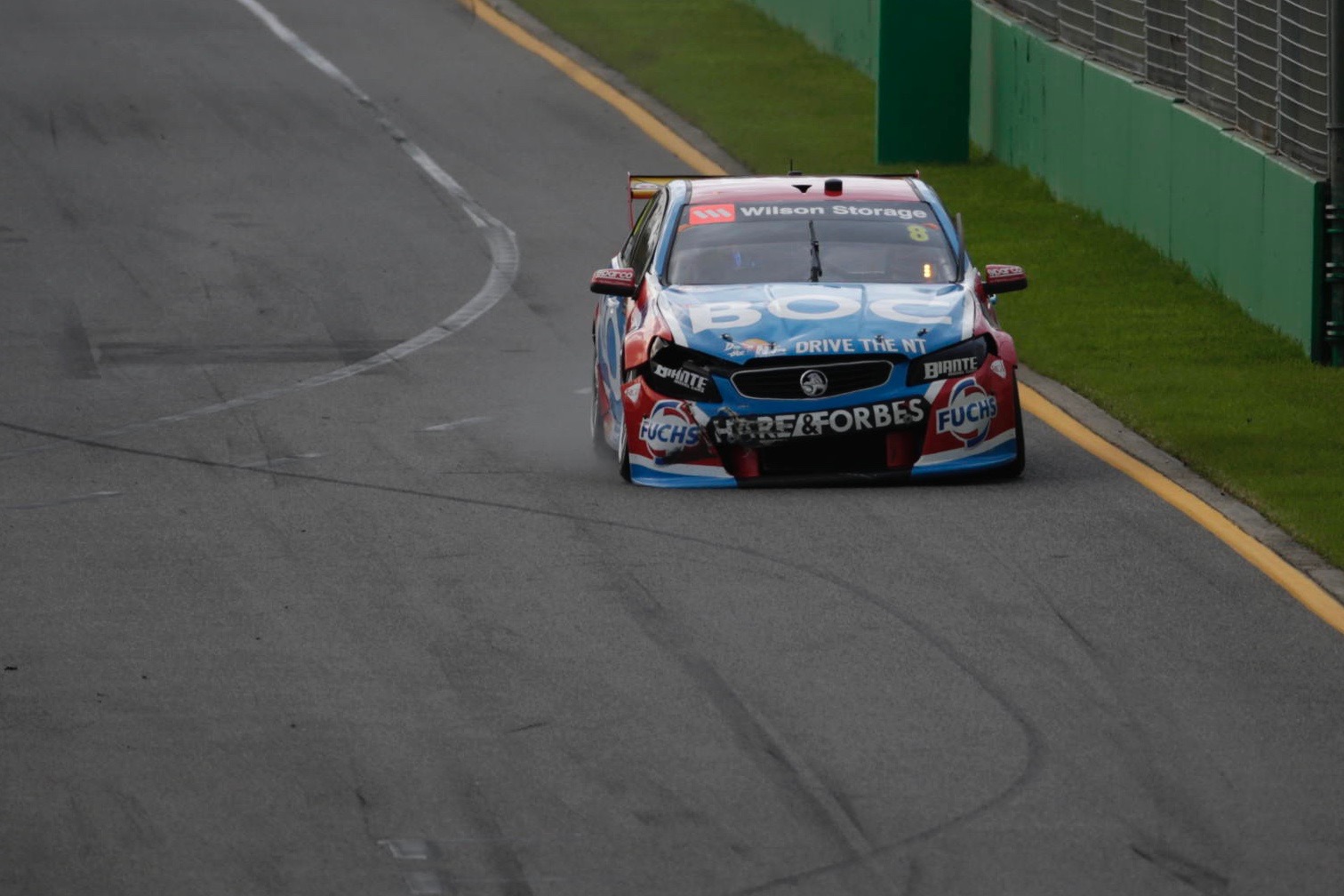 Jason Bright’s day has ended in disaster yet again after an incident with former teammate Dale Wood and James Moffat at the Formula 1 Rolex Australian Grand Prix.

The veteran Team BOC racer sustained race ending damage, meaning he has failed to finish two of the three races staged this weekend on the Melbourne street track.

“It’s done a radiator and stuff, it’s an expensive little exercise for one lap per race,” Bright told v8supercars.com.

He explained his side of today’s incident, which is being investigated by driving standards observer Jason Bargwanna.

“Dale drove me off onto the grass at the inside of the second last corner,” Bright said.

“I went to go side by side with him and he drove me off onto the grass. Moff got into the back of me and turned me around.

“Moff has been down to apologise but I haven’t had an apology from anyone else.”

He was unhappy to be involved in another drama after contact from Scott Pye went unpenalised in race one yesterday.

“It’s ridiculous – what happened at turn one [in] race one and having nothing done about it, is very frustrating,” he said.

“I just passed him up the inside of the second last turn, I think he might’ve tried a bit hard to hang on the outside, so that’s all I took of it,” the now Nissan driver told v8supercars.com.

He finished 16th in today’s race.

Another incident in the race between Cameron Waters and Will Davison on lap five was dealt with immediately, with Waters handed a race-ending pit lane penalty.

“I locked a tyre into the penultimate corner and got into the side of Will,” Waters said.

“It was my fault and I apologised to him in person after the race.

“We have a quick car so hopefully we can go on a charge tomorrow.”