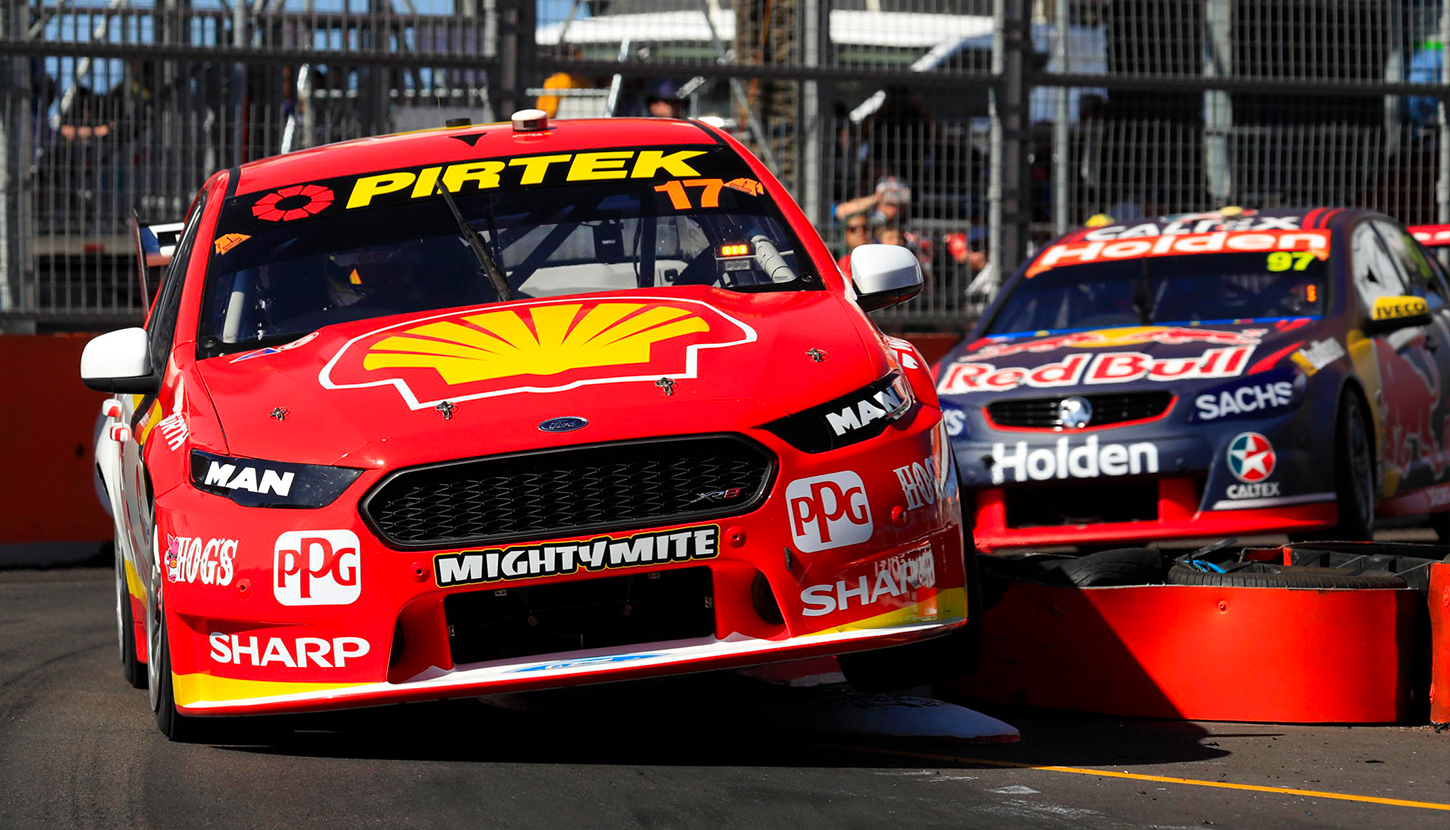 Triple Eight set out to put pressure on Scott McLaughlin on Sunday in Newcastle as he sought to wrap up a maiden Supercars title, Roland Dane says.

Red Bull Holden Racing Team’s Jamie Whincup started the weekend with a 30-point advantage over McLaughlin, but the tables turned on a Saturday Dane classed as his squad’s worst in memory.

The Shell V-Power Racing driver won the race and Whincup tangled with Michael Caruso’s Nissan on the opening lap, losing 13 laps to repairs and crossing the line 21st.

That meant McLaughlin started the final race with a 78-point lead, needing only to finish 11th if Whincup won.

McLaughlin started on pole again and led early, but his afternoon unravelled with three penalties, the last issued on the final lap after McLaughlin tangled with Triple Eight’s third Commodore of Craig Lowndes.

With Whincup victorious, the penalty dropped McLaughlin out of the crucial 11th place he had crossing the line, giving Whincup a seventh title.

“I’d call it one of the most exciting days of motor racing that I’ve ever seen anywhere,” Dane told Supercars.com.

“And a brilliant race for the fans watching on TV and live at the track. Extraordinary.”

McLaughlin spent the first stint of the race just ahead of Shane van Gisbergen, who ultimately finished second after handing the lead to team-mate Whincup mid-race.

Lowndes then ranged up behind McLaughlin in the closing stages, having pitted on lap 70 for fresh tyres during a Safety Car period.

“We knew we had to do our job, which was trying to have one-two in the race,” Dane said.

“We set out to do that, to get ourselves into that position and whatever happened to [McLaughlin] happened to him.

“We needed something to happen to him, really, because he was always going to be in the top 10 on pace.

“Something had to happen, but it wasn’t going to be because of us, nobody was going to touch him.

“Those first few laps, he had his eyes on the mirrors all the time and we just kept the pressure up.

“Sooner or later, he made a mistake, that’s all you can do.”

Whincup crossed the line assuming he was finishing second in the championship, before McLaughlin’s penalty was communicated by stewards.

Lowndes was frustrated by the crash that dropped him from sixth to 10th in the final standings, and Dane suggested he “probably would’ve done the same thing” as McLaughlin on the penultimate lap.

“Dutto heard it on the radio and then let everyone know,” Dane said of learning about the penalty.

“I thought we were just going to celebrate the win or a one-two.

“I didn’t know the circumstances of Craig until I saw it afterwards and saw that Craig was completely alongside him and [McLaughlin] drove him into the wall.

“Craig would’ve preferred it not to happen, because he’s trying to get sixth in the championship. Craig was taking him on, as he’s entitled to do.

“But if I was Scotty, I probably would’ve done the same thing.”