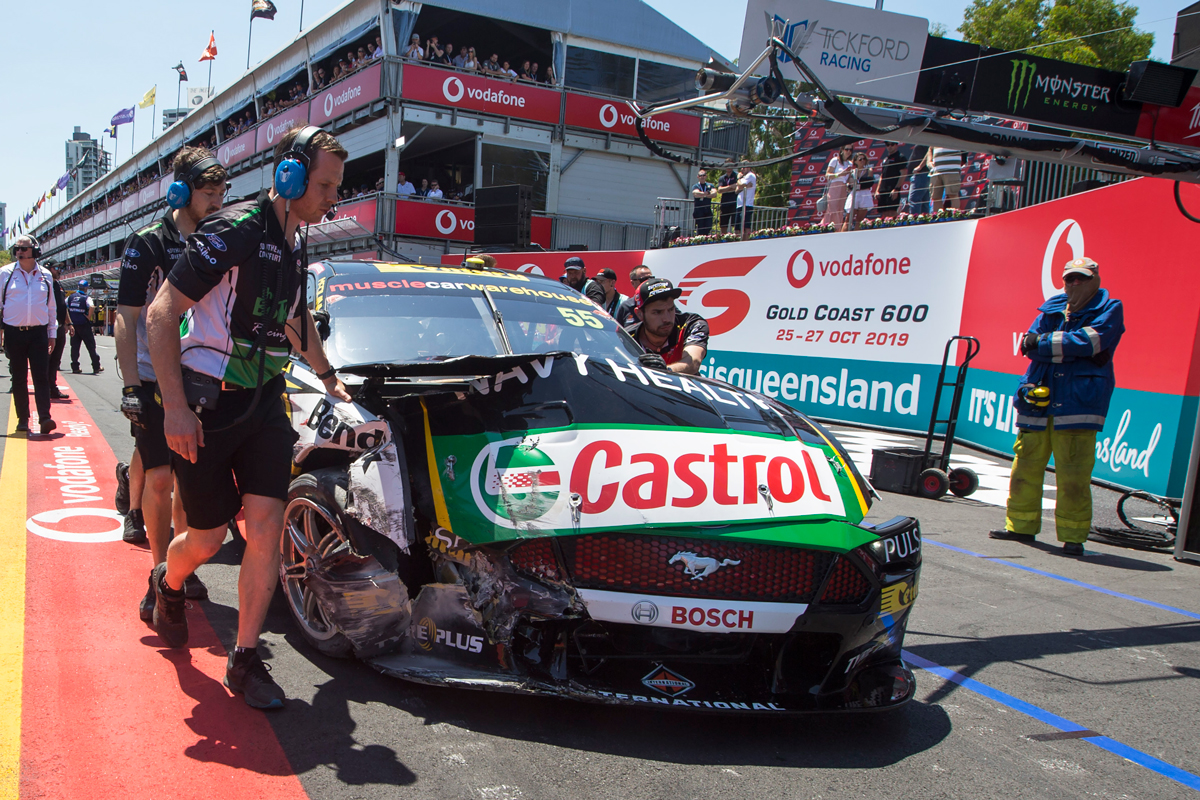 Chaz Mostert and James Moffat’s Vodafone Gold Coast 600 weekend is over following a heavy crash in the ARMOR ALL Top 10 Shootout.

The last man out in the Shootout after topping regular qualifying, Mostert tagged the inside wall at Turn 11, firing him hard into the outside concrete.

After an assessment in the team garage, Tickford Racing CEO Tim Edwards confirmed the car will not only miss the remainder of the weekend, but not race again.

“The chassis is a write-off,” said Edwards. "It's punched the chassis rail back through the firewall.

“The engine is not even connected to the car anymore, it’s sheared the engine off and shoved it backwards through the car.

“The chassis is a complete write-off, as is most of the stuff that’s bolted to it.” 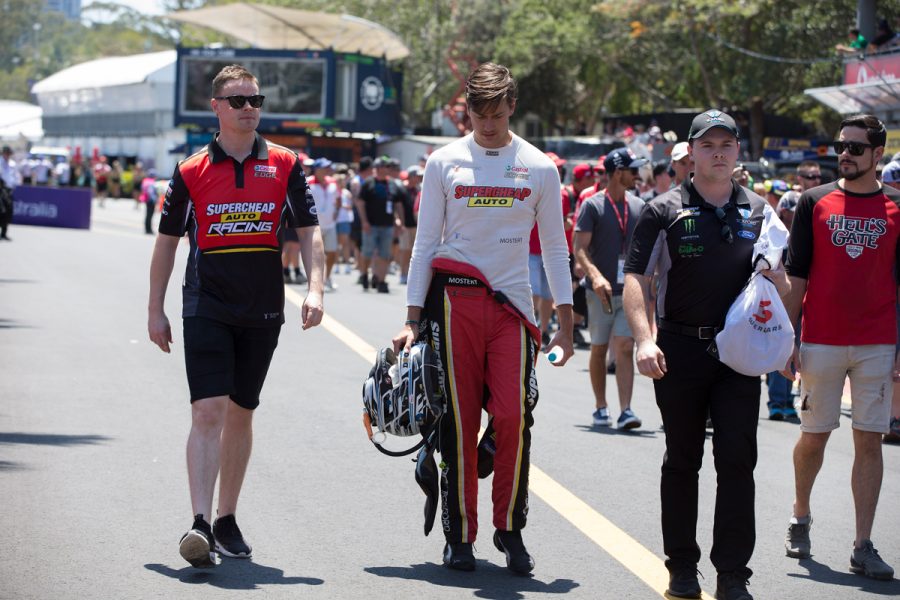 Speaking after being cleared from the trackside medical centre, Mostert described himself “super gutted” about the accident.

“I just made the smallest mistake and it bites you,” said Mostert, who had won the Saturday race on the Gold Coast in each of the last two years.

“There’s no excuse. We were nowhere in the middle sector, I shouldn’t have really made that mistake, but I just really struggled with the feel of the car under me to start with. 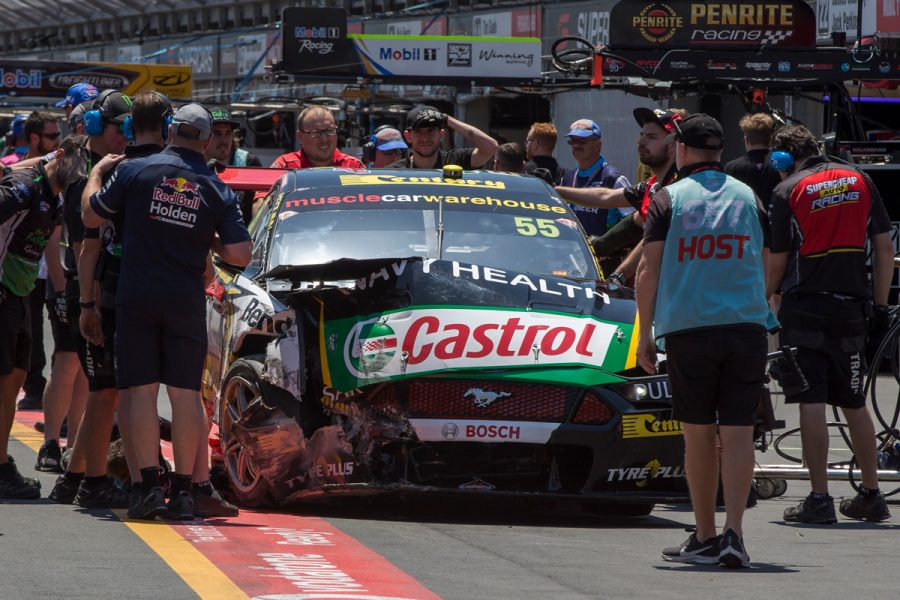 “In saying that it’s our job to drive around those things and try and do a time. I just failed today, it’s pretty simple.”

Mostert and Moffat will revert to Tickford’s spare Mustang for the Penrite Oil Sandown 500 next month, inheriting the car raced by Thomas Randle at Tailem Bend.