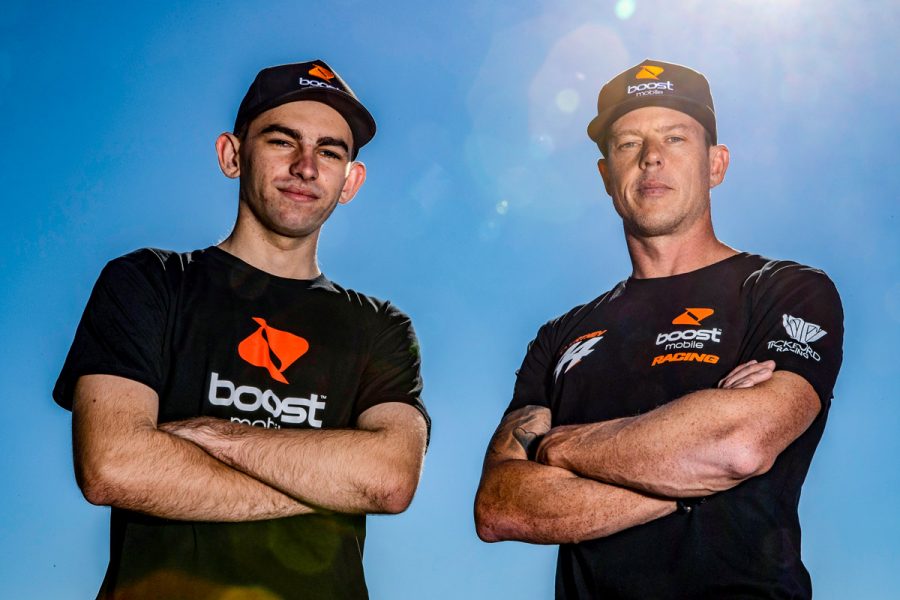 Broc Feeney was just two years old when James Courtney made his Bathurst 1000 debut back in 2005.

Three years later, the duo met for the first time.

Fast forward to 2020 and they are teaming up for what will be Feeney’s first Great Race, combining in the #44 Boost Mobile Racing Mustang.

There is no bigger age gap between co-drivers, with Courtney celebrating his 40th birthday in June and Feeney turning 18 on race day this Sunday.

The situation has got a tinge of nostalgia to it for 2010 champion Courtney, whose first Bathurst came co-driving with a then 58-year-old Jim Richards.

“Broc likes to remind me that I could be his Dad,” Courtney laughed.

“I think the beauty of it is I’m comfortable in my position, I’ve known Broc for a long period of time. He’s not a young kid who is going to fly off the handle and try to prove anything to anyone.

“He’s got nothing he needs to prove, he just has to do a good, solid job. He has got a good head on his shoulders.

“Everyone is saying they’re worried about the inexperience but the only way you’re going to get experience is through experiencing it. 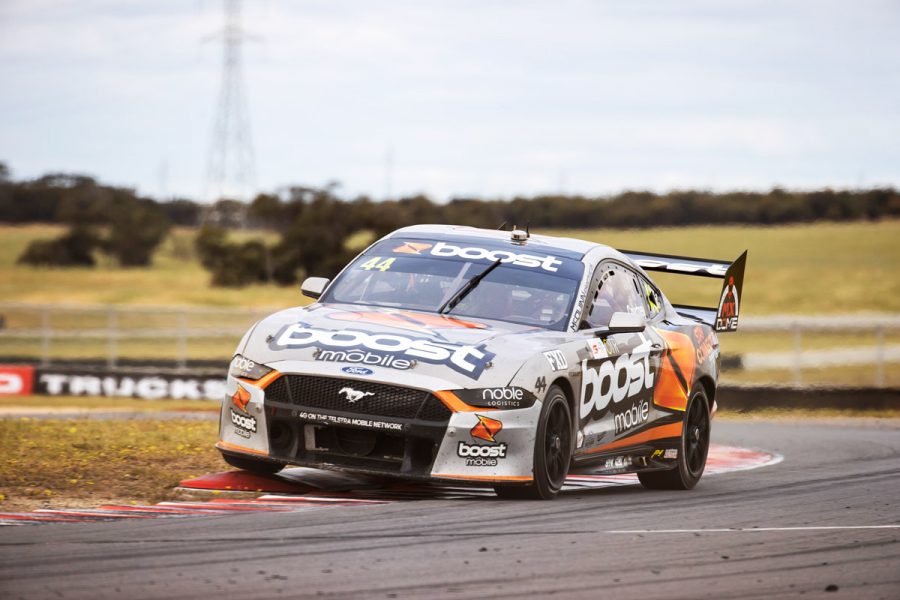 “Everyone has been that young guy at some point wanting to be able to get that position and that chance to succeed and to show what they can do and I think he has ticked all of the boxes in the junior categories so I don’t think speed is going to be a problem.

“It’s going to be me trying to work with Broc and managing the emotion that is Bathurst and I think that’s the only thing we’ll be managing because the speed will be there.”

It was at the Gold Coast home of MotoGP legend Mick Doohan that Courtney first came across a young Feeney.

“He was there with Jack, Mick’s son, and I’ve known his Dad, Paul Feeney, quite well,” Courtney said.

“[I’ve been] friends of the family through all that period, since I came back to Australia.

“It’s been great watching his career and seeing him develop and come through the categories.

“To now be the guy he has his first Bathurst with, it’s pretty special.”