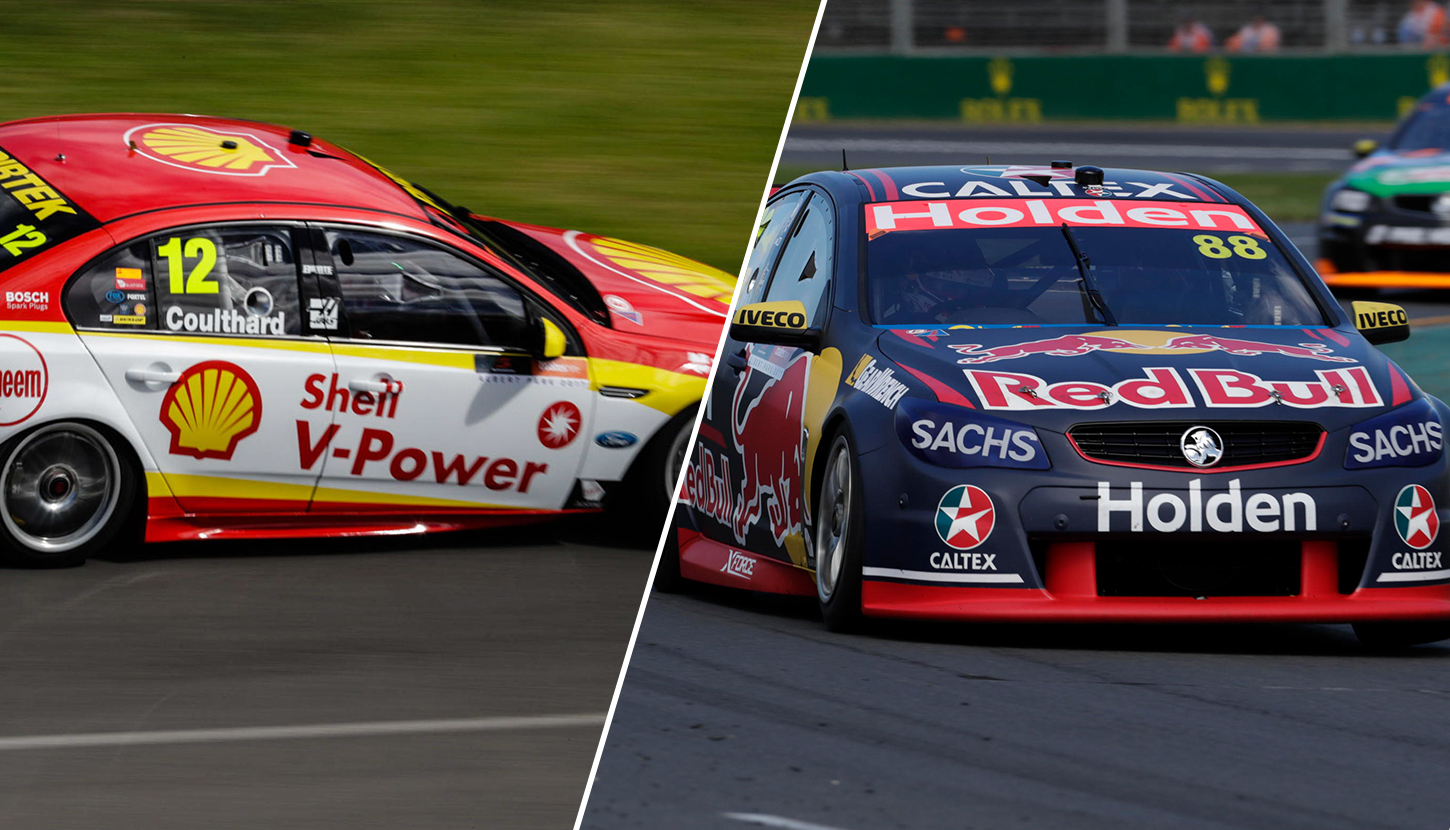 Only a final effort from Jamie Whincup could stop Fabian Coulthard from taking a sweep of all four pole positions at Albert Park.

The grids were set for all four of this weekend’s races in a rapid-fire series of 10 minute sessions this evening, with drivers getting just one new tyre lap in each.

Practice pace-setter Coulthard continued his fine form by scoring pole for the opening three races before being edged by Whincup by just 0.02s in the final hit-out.

A determined Whincup tagged the wall on the exit of Turn 10 during his pole winning as he fought back from a tough Supercars season opener in Adelaide.

Whincup improved with each run, recording fourth, third and second in the earlier sessions.

“We had to grind it out,” smiled Whincup.

“It’s early days in the season, we didn’t have a good Adelaide but the car is certainly feeling much better this weekend.”

Coulthard's trio of poles meanwhile leaves him on the brink of scoring a long-awaited first Supercars win for Roger Penske.

“We have new parts on the car and we are tweaking to improve and make it better,” said Coulthard.

“I’m pretty happy with the progress the team has made in the first two rounds and we need to keep the ball rolling.”

Scott McLaughlin had recovered from an engine misfire in practice to make it a Shell V-Power front-row lockout for the opening two races.

Bumped to third by Whincup for Race 3, McLaughlin will start last for Sunday’s final race after losing his time due to exceeding track limits through the Turn 11/12.

"I didn’t quite get the best first sector and then I tried to make it up in the rest," explained McLaughlin.

"I didn’t feel I was too over the limit as I was judged but that’s the rules and I'll take that.

"I was probably just trying to find a little bit too much in myself and over-stepped the mark."

Shane van Gisbergen also had a mixed qualifying and is set to line up seventh, seventh, 25th and sixth for the respective heats.

His Race 3 session was destroyed by an off at Turn 3 – following team-mate Craig Lowndes into the gravel.

"We had a great Clipsal with the soft tyre, and now with the supersoft tyre we just couldn't get it to work out," said the Kiwi.

"The third qualifying session we started to figure out a solution, but I went off the track.

"We learned a lot, but we need a big step forward into the weekend."

Chaz Mostert led the Prodrive Fords with a consistent run that netted sixth and three fourths.

Michael Caruso was meanwhile the top Nissan and will start eighth, fifth, seventh and seventh.

Nick Percat and Lee Holdsworth struck mechanical dramas in the first hit-out, ensuring they’ll share the back row of the grid for the opening two races.

Their Holdens returned to the track for the third and fourth sessions, where Percat finished a best of 12th and Holdsworth 13th.

2017 Formula 1 Rolex Australian Grand Prix  ›
Stay In The Know
Sign up to the Virgin Australia Supercars Championship Newsletter
This website uses cookies to improve your user experience. By continuing, you will be providing your consent to our use of cookies.Ok