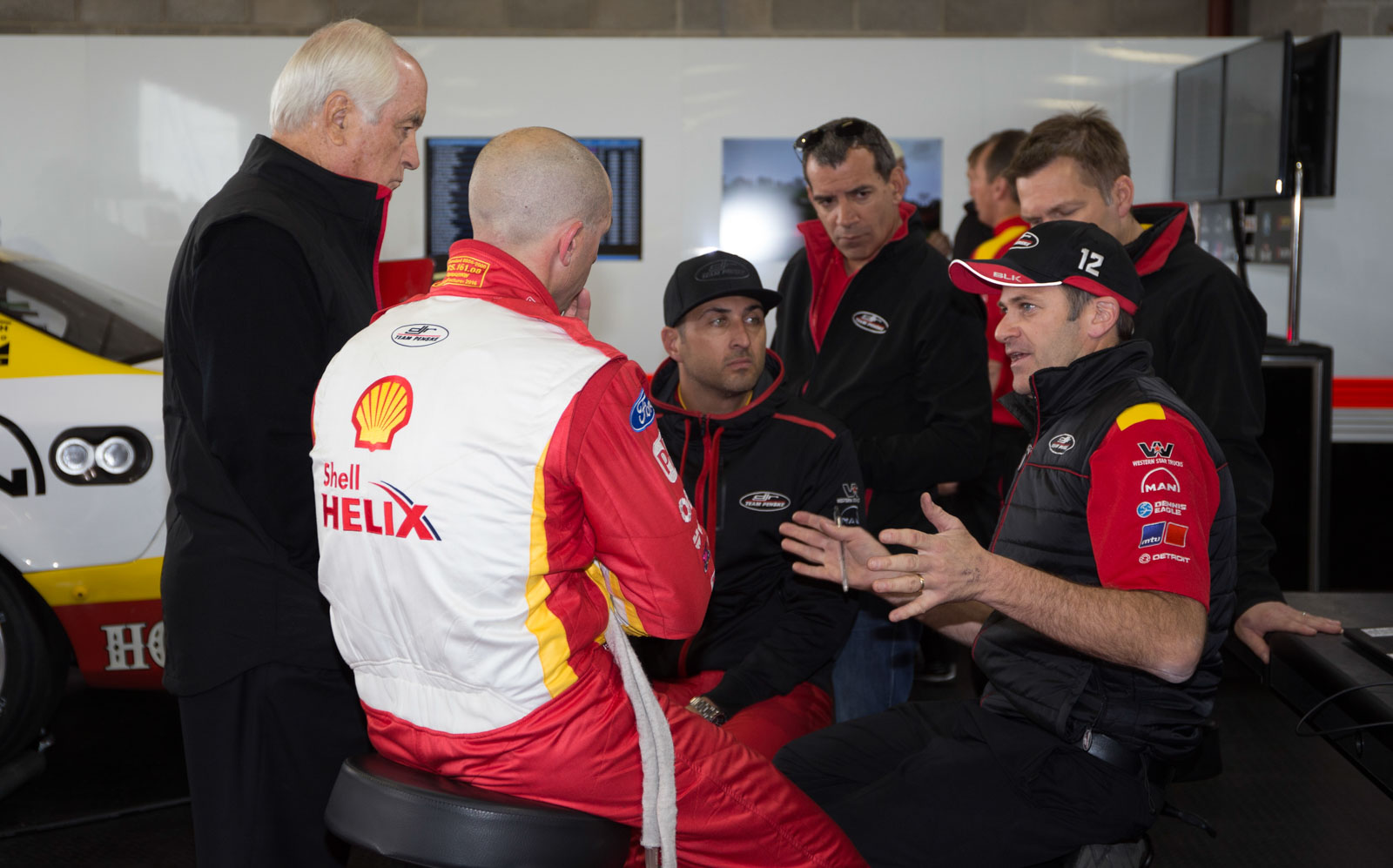 Fabian Coulthard wants to stick with engineer Phil Keed next season, though changes are in-store for DJR Team Penske in 2017.

News broke this week that Triple Eight stalwart and technical guru Ludo Lacroix would defect to the Penske squad next season.

This time last year the team went on a recruitment drive to build up to two cars, including Keed from Brad Jones Racing along with Coulthard, Chaz Mostert’s 2014 Bathurst winning engineer Adam De Borre and respected crew chief Ben Croke.

Now, though DJR Team Penske will not officially confirm the arrival or details of Lacroix’s role, it has gone for the heart of Triple Eight in one of Roland Dane’s long-serving employees. Dane slammed Lacroix in the media today, calling him “duplicitous”.

Coulthard was asked about a possible switch of engineer post-race today, but emphasised his preference was to stick with Keed after working together since a mid-season swap at BJR in 2012.

“Things can change from year to year,” Coulthard said.

“I’d like to keep Phil, we’ve been together for many years now and I think continuity is a big thing.

Coulthard revealed he had learned of Lacroix’s shift through the media and was unsure whether the intention was for the Frenchman to engineer a car.

“I read it in the media during the week, so I’m not 100 per cent sure of the situation,” he said.

“It’s awesome to race in front of the home crowd. It’s not often we get to do it, I’d like to do it a hell of a lot more, but it’s good to do it and be racing at Pukekohe.”

Coulthard has five race wins to his name, but is yet to score victory at Pukekohe in a Supercar, or for DJR Team Penske this year.

Teammate Scott Pye landed on the podium at the circuit last year, and the team is positive the characteristics of the circuit suit their Ford Falcon FG Xs.