The start proved crucial between the Mustang pair at Barbagallo Wanneroo Raceway, McLaughlin relinquishing the lead with a slow getaway from pole.

Coulthard did not waste the opportunity, leading from start to finish and ultimately winning the 50-lap race by 2.2225 seconds.

It makes it back-to-back wins for Coulthard, while Chaz Mostert completed an all-Mustang top three.

"It’s awesome to win in the dark, all the good shit happens after dark, so I’m pumped,” Coulthard said.

"Thankfully it went my way, I got an awesome launch and was able to get the run into Turn 1."

On the inside line, McLaughlin not only lost the lead at the start but fell to fourth.

As Coulthard took the lead, Jamie Whincup and Mostert also slotted in ahead of McLaughlin.

McLaughlin put a move on Mostert to reclaim third into the final corner on lap three, but then could not find a way past Whincup.

He pitted for two tyres on lap 15, by which time Coulthard led by two seconds.

Whincup and Coulthard stopped three and four laps later, McLaughlin jumping the former but not the latter.

It meant Coulthard retained the lead, as Whincup launched a stern challenge back at McLaughlin while they navigated yet-to-pit traffic.

An opportunistic Whincup look into Kolb Corner resulted in light contact, but McLaughlin maintained second and eventually edged away. 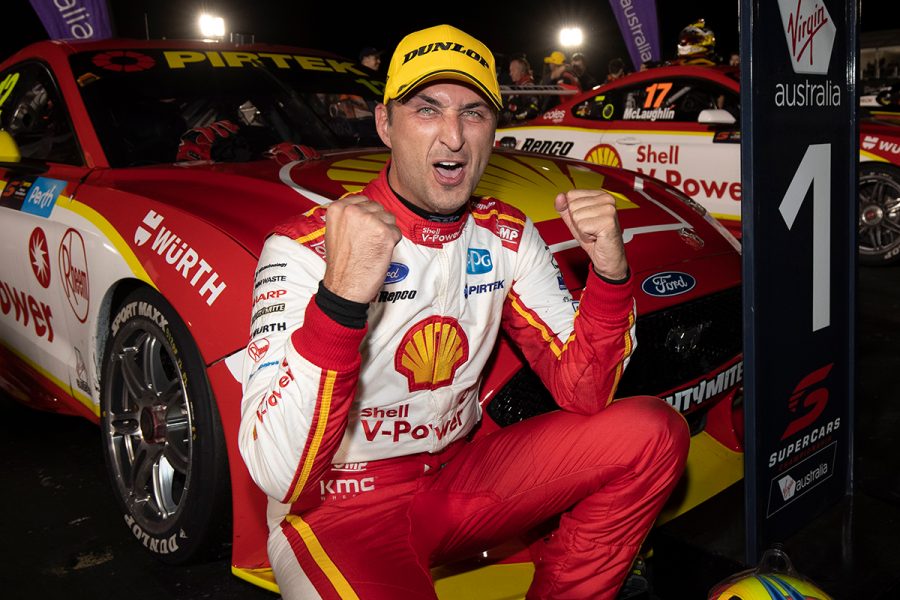 The gap between Coulthard and McLaughlin remained steady at two seconds as the laps ticked by.

There was no change, Coulthard claiming the 12th win of his Supercars career.

At the top of the championship, McLaughlin's lead over Coulthard is trimmed to 112 points.

"I absolutely ballsed that thing up, I need to look at it and see what’s going on," McLaughlin said.

"But my team-mate did a great job, to get another one-two is awesome.

"I hope the fans enjoyed the night race, it’s pretty cool from our point of view but it was so hard to see.

"The dirty track and stuff, so I had a couple of moments, but it was awesome."

Whincup could not go with McLaughlin and instead fell back towards fourth-placed Mostert. 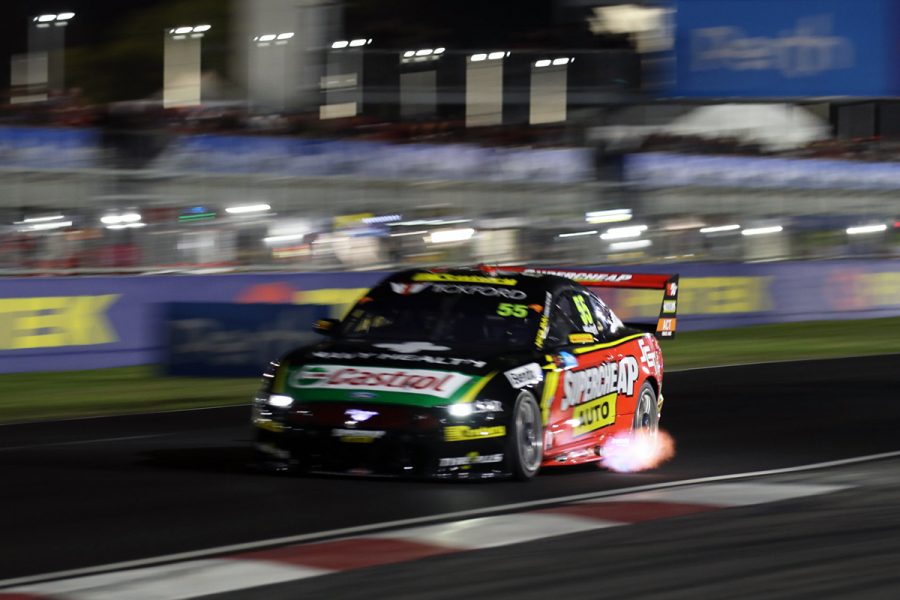 "I didn’t really expect that mid-race there, I thought I’d be fourth or fifth, but the car hung onto its tyres and Jamie started coming back to me," Mostert said.

"He hit a bit of a cliff and when I saw him squirming around a lot more than what I was, I thought I could have a red hot crack."

Shane van Gisbergen was among the last drivers to pit on lap 26, and cut his way through from 10th place on fresher tyres.

He ranged up behind Red Bull Holden Racing Team stablemate Whincup in the closing laps, as Mostert pulled away from the pair.

Whincup was asked over the radio to let van Gisbergen past to chase Mostert, but he opted against relinquishing the position.

Van Gisbergen was unable to find a way past, settling for fifth behind Whincup.

Will Davison pitted at the same time as van Gisbergen and worked his way through to sixth place. 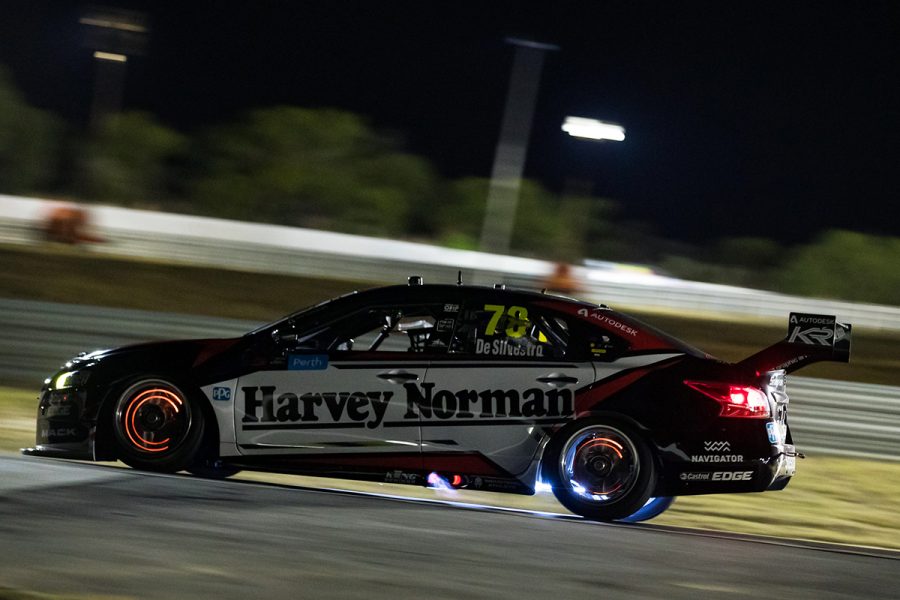 Simona De Silvestro finished 12th, as the best of the Kelly Racing Nissans, pitting early and utilising an undercut after falling to the back of the pack at the start.

Mark Winterbottom and Todd Hazelwood tangled at Turn 1 on lap four, and fell to the back of the field.

Winterbottom then committed to running long on that set of tyres and wound up 18th, with Hazelwood 23rd.

He did, though, finish with the new lap record, a 53.7293s set on the penultimate tour.