‘Controlling ourselves’ key for Kelly double 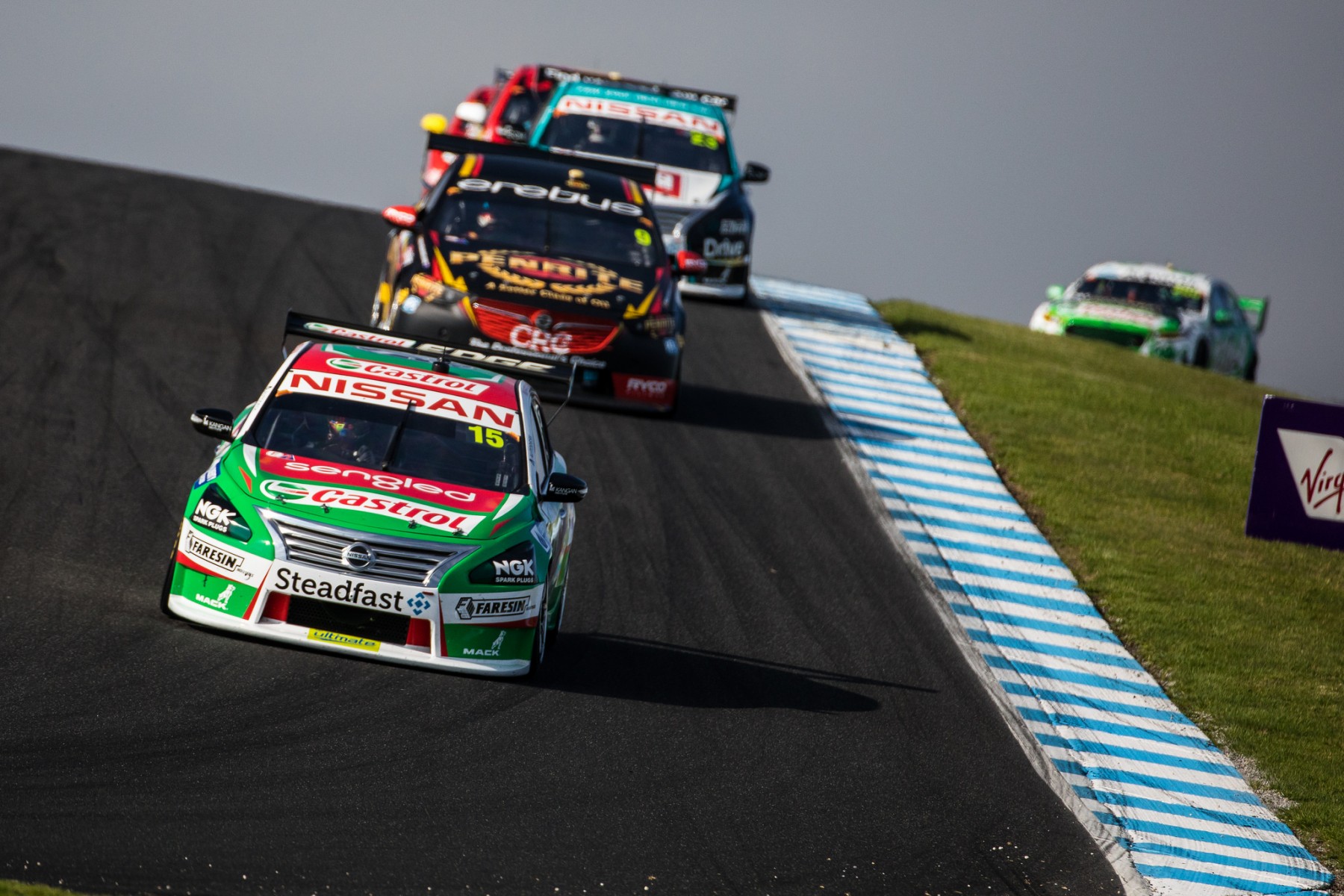 A concerted effort to better ‘control ourselves’ while making set-up changes throughout a race weekend was crucial to back-to-back podiums at Phillip Island, says Rick Kelly.

Kelly struggled through Friday practice but, after big changes on Saturday morning, qualified fifth and finished second in the opening 250km race – his first podium since December 2015.

Noting post-race that “traditionally we try and tune the shit out of it overnight and end up going backwards”, Kelly was fourth in Sunday ARMOR ALL Qualifying and third in the race.

That marked the first time that a single Nissan driver had scored more than one podium on the same weekend.

Kelly’s last double-podium occurred at Phillip Island in 2009, the first year of Kelly Racing, when it was running Holden Commodores.

“Like most teams we find it rather difficult to make the same speed through the weekend,” he explained.

“Obviously people progress from Saturday to Sunday and you try and do the exact same thing, it's only natural for a human to try and do better.

“We've just been trying to control ourselves a little bit with the changes from Saturday to Sunday, especially when we've got a great car.

“I think we did that very well this weekend, we were able to get a similar sort of result. We were a little bit stronger [on Sunday], in fact.”

Kelly said he was not as excited about his Sunday result as Saturday's, due to higher expectations. 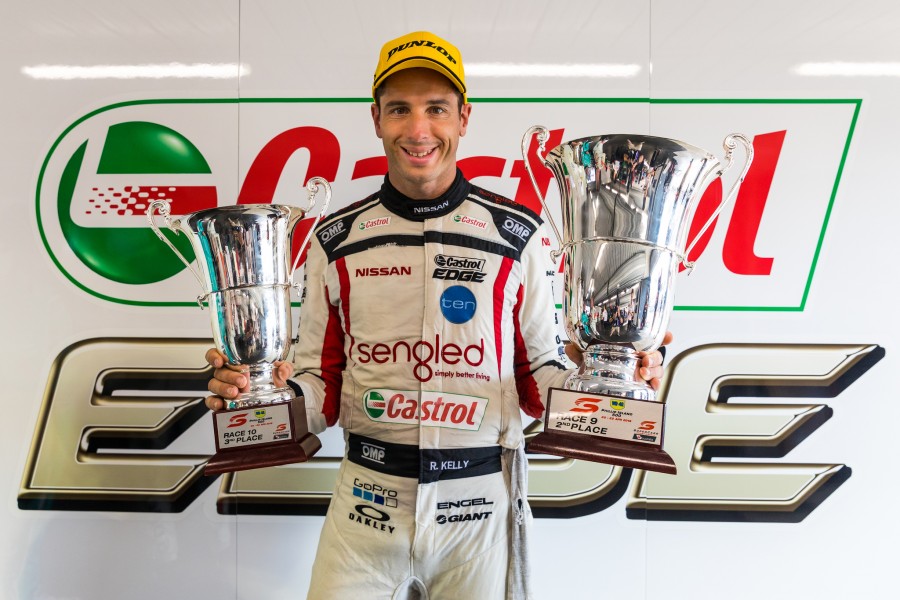 He held fourth in the opening laps of the second 250km race, before vaulting to the lead with a short-fill at an early first pitstop triggered by a lap-seven Safety Car.

The Castrol Nissan led the way until making a second stop on lap 29, from which he emerged behind eventual second- and first-place finishers, David Reynolds and Scott McLaughlin.

“I think what cost us a shot at the win was the three seconds I lost in the first stint on tyres. The car wasn't quite as nice as we'd like and we dropped those crucial three seconds,” said Kelly.

“We short-filled, came out in front, and the car on those middle set of tyres was really balanced so we managed to gap the field by three or three-and-a-half seconds.

“At that point I thought we were OK, but [McLaughlin and Reynolds] had just enough hose time and enough space in their tank to pit a couple of laps earlier than us, and we lost it again.

“So there's plenty for us to look at it. It was the biggest learning weekend we've had in a long time.” 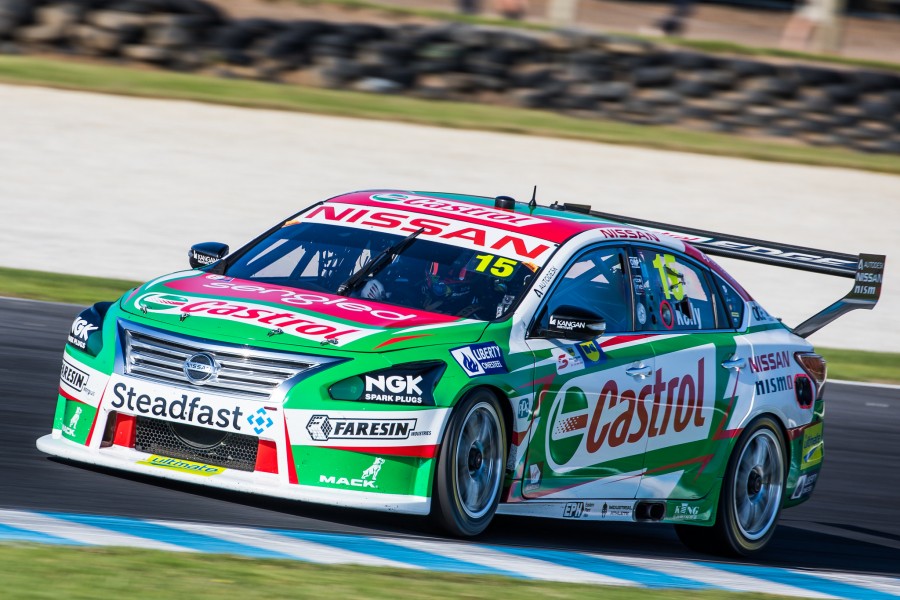 Kelly feels that lessons learnt at Phillip Island will translate to other circuits, but stressed that the need to be disciplined and make the most of what he’s got regardless was a key take-out.

“The category is changing so quickly, you can't predict what it's going to be like [in Perth],” he said.

“We came here, me personally expecting that the Commodores were going to be so much stronger than they were because they've got a pretty speedy car up the straight sections, which translates to a lot of corner speed as well.

“I think there's a certain strength that we found in our car this weekend that can help us at most tracks if we can maintain it. So we've got to look at that.

“We learnt so much this weekend, so we can try and use that to our advantage. But we're still going to go to places that don't suit us. We've just got to get the most out of the opportunity that's there.

“If it's 10th, we need to get 10th and not make a mess of it. That's another thing we learnt here this weekend.”