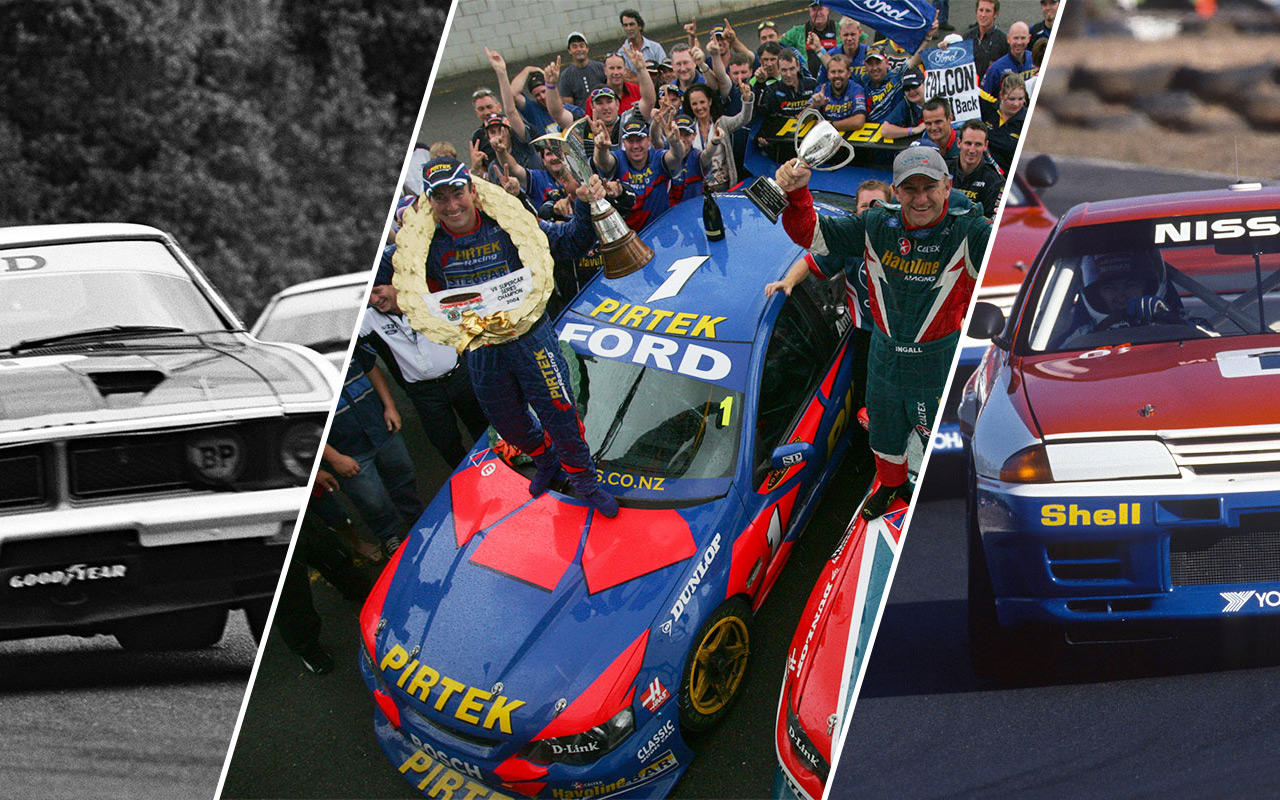 Scott McLaughlin may have cleared out at the top, but the fight for second in the 2019 Virgin Australia Supercars Championship is heating up.

Coulthard had held second since April as the team chases a special place in Supercars history; a one-two championship finish.

Dick Johnson Racing sits among six teams to have achieved the feat – the Queensland outfit last doing so 30 years ago. 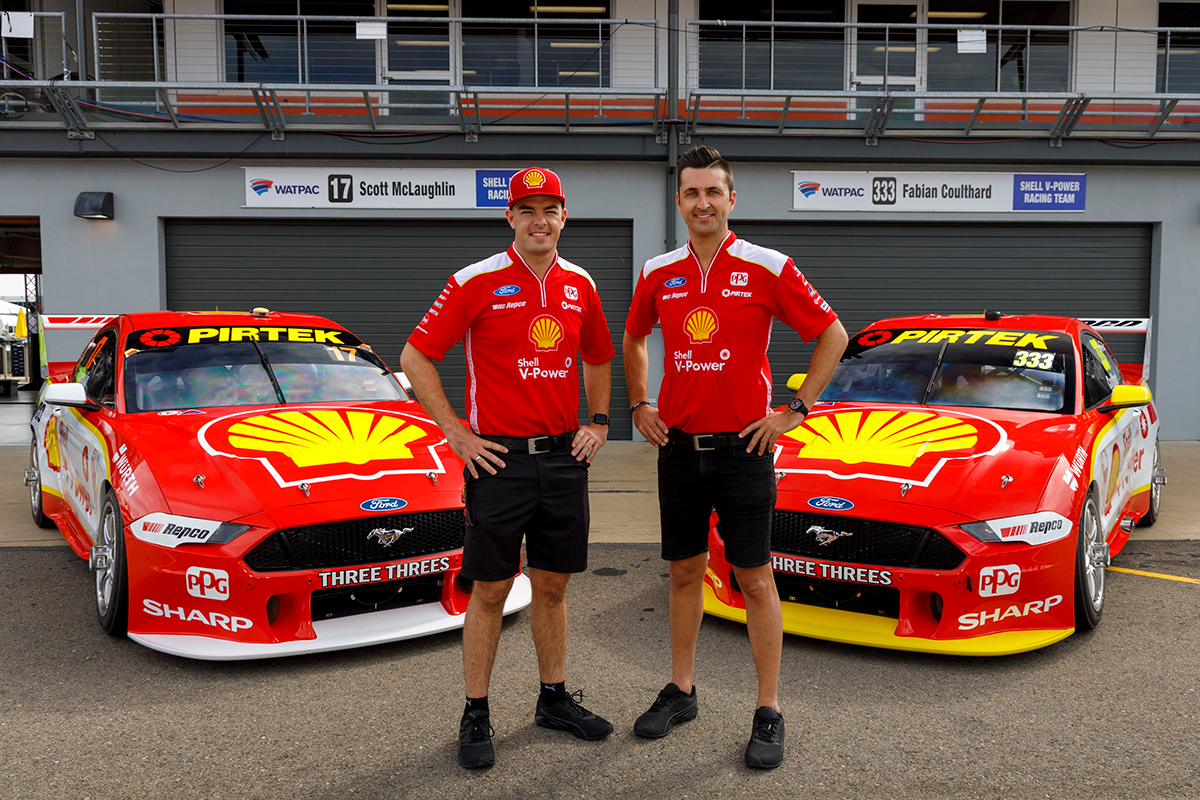 Perhaps most notable about the one-two honour roll is who hasn’t done it rather than who has, with the Holden Racing Team’s golden era failing to yield the coveted double.

The Tom Walkinshaw Racing empire locked out the top two spots in 2002, but with drivers from sister teams the HRT and K-Mart Racing, rather than one outfit.

Likewise the 1970 effort of Norm Beechey and Jim McKeown is a near-miss for this list.

Although run under the Shell Racing banner, their respective cars – a Holden Monaro and Porsche 911 – were prepared by separate outfits, and therefore not true teammates. 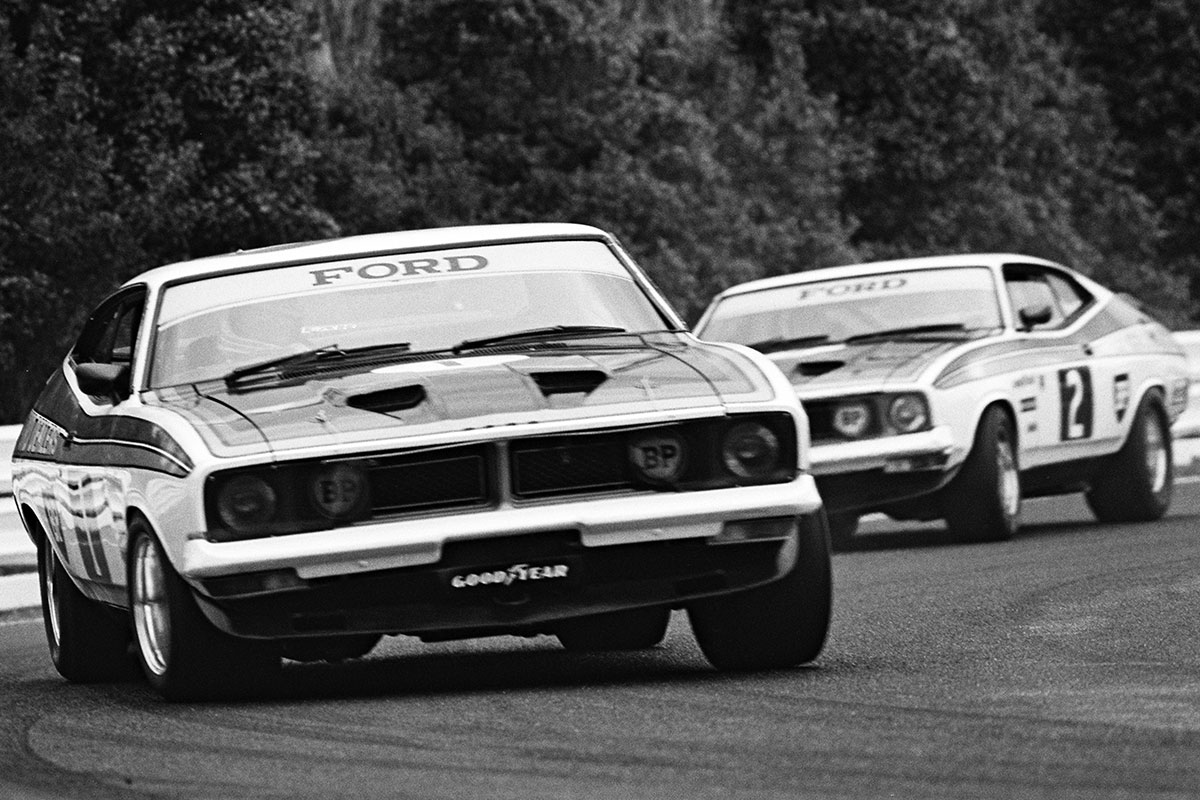 Allan Moffat and his factory-backed Ford squad swept all before it in 1977; the only team in history to go one-two in the championship and Bathurst in the same year.

The Falcon hardtops won eight of the 11 ATCC points rounds (which that year included four enduros), seven to Moffat and one to Colin Bond, in a crushing display. 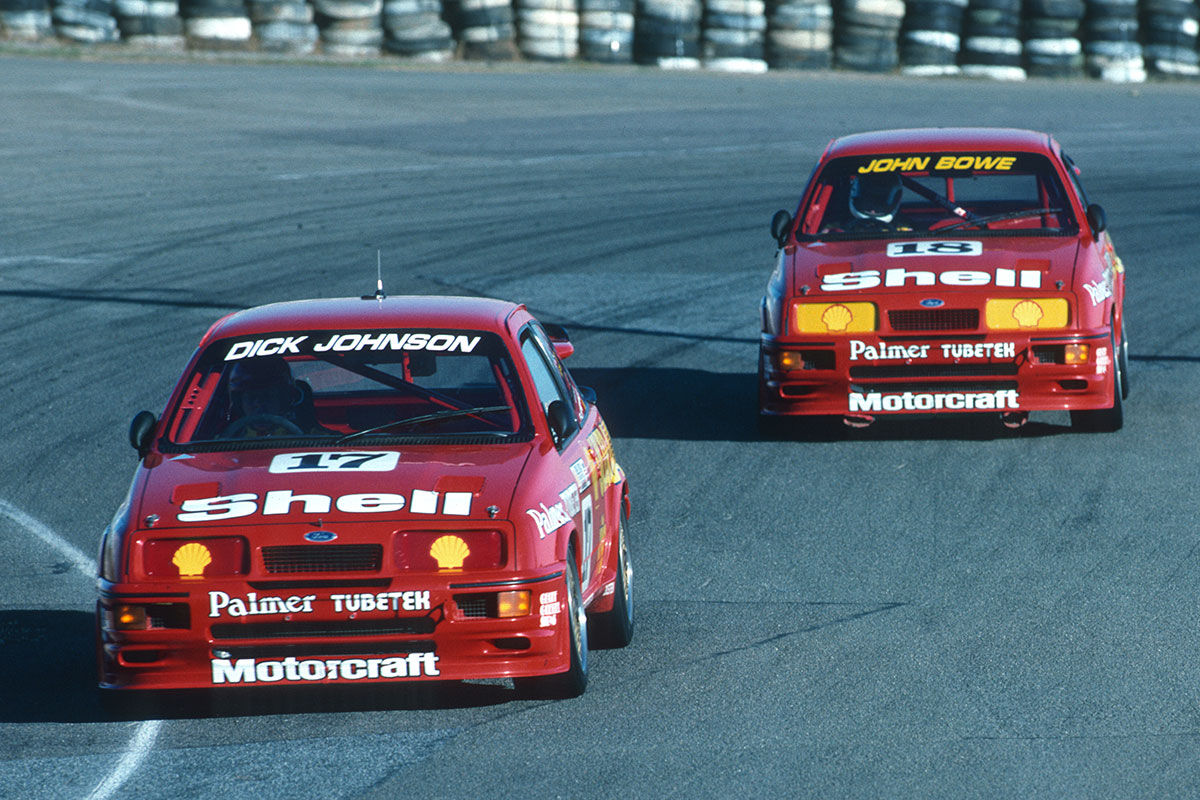 DJR’s most dominant era came at the end of the 1980s, where the combination of Johnson, Bowe and a pair of Shell-backed Ford Sierra RS500s were unstoppable.

They combined to win eight of nine rounds in 1988 and six of eight in ’89, with Johnson the champion on both occasions. 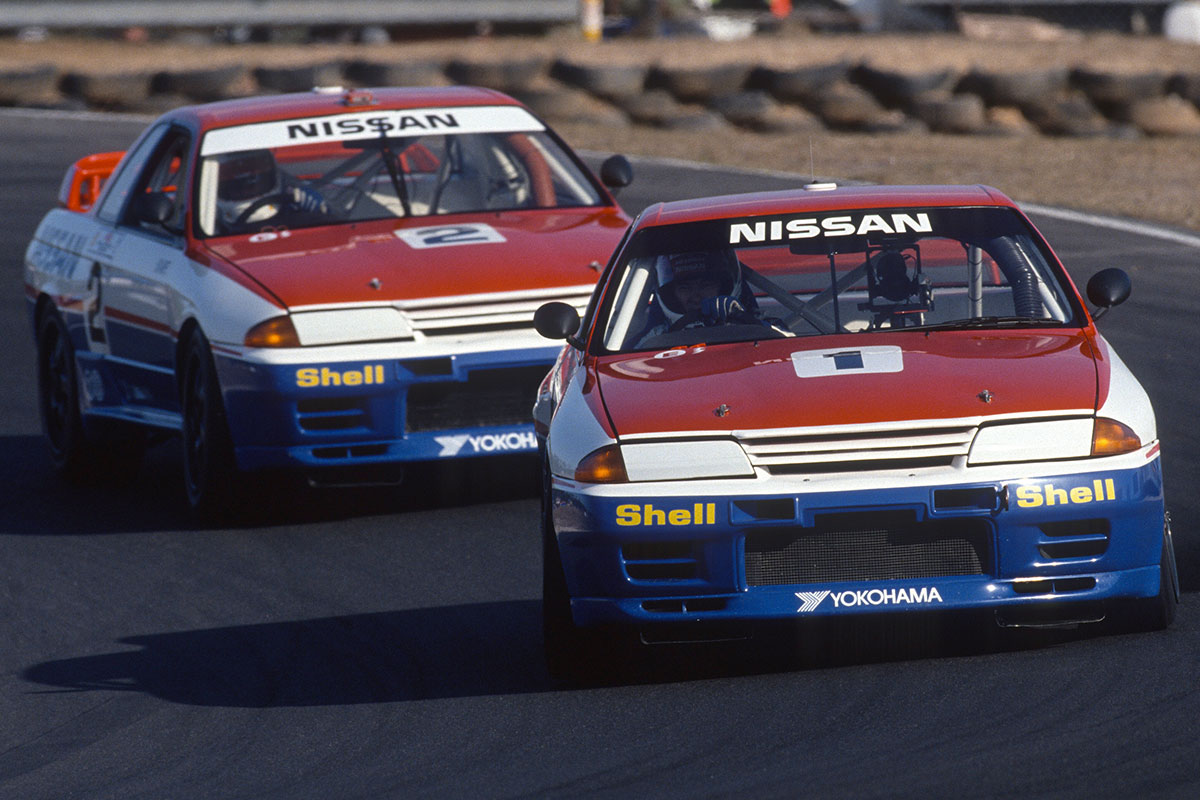 Gibson Motorsport turned the tide on DJR in the final years of Group A, dominating the championship with its pair of Nissan GT-Rs, taking 11 of 18 rounds across 1991 and ’92.

Richards narrowly beat Skaife to the ‘91 title thanks to the drop-your-worst-round points system, before Skaife bounced back and took his first championship in ’92. 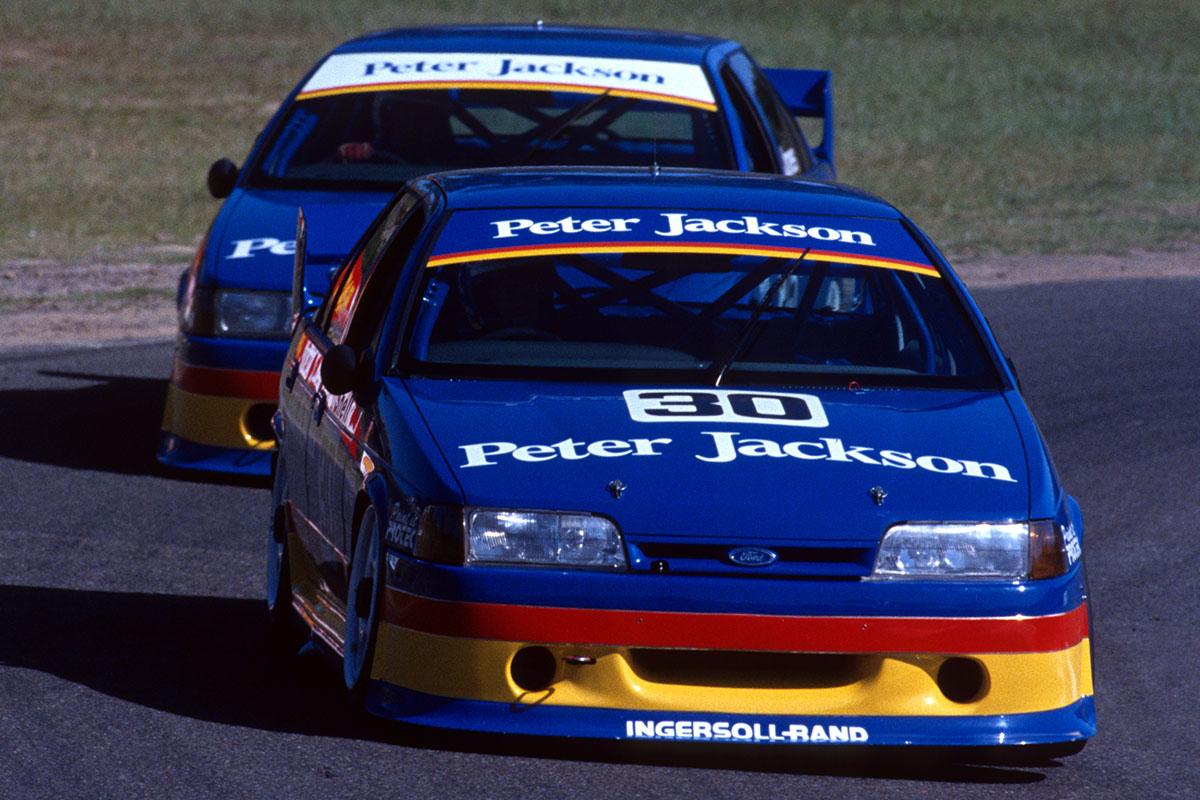 While Gibson switched to Holdens for the new V8 rules and became the best of the Commodore runners, 1993 was blitzed by Ford.

Glenn Seton and teammate Alan Jones shared six of the nine round wins on the way to first and second in the standings. 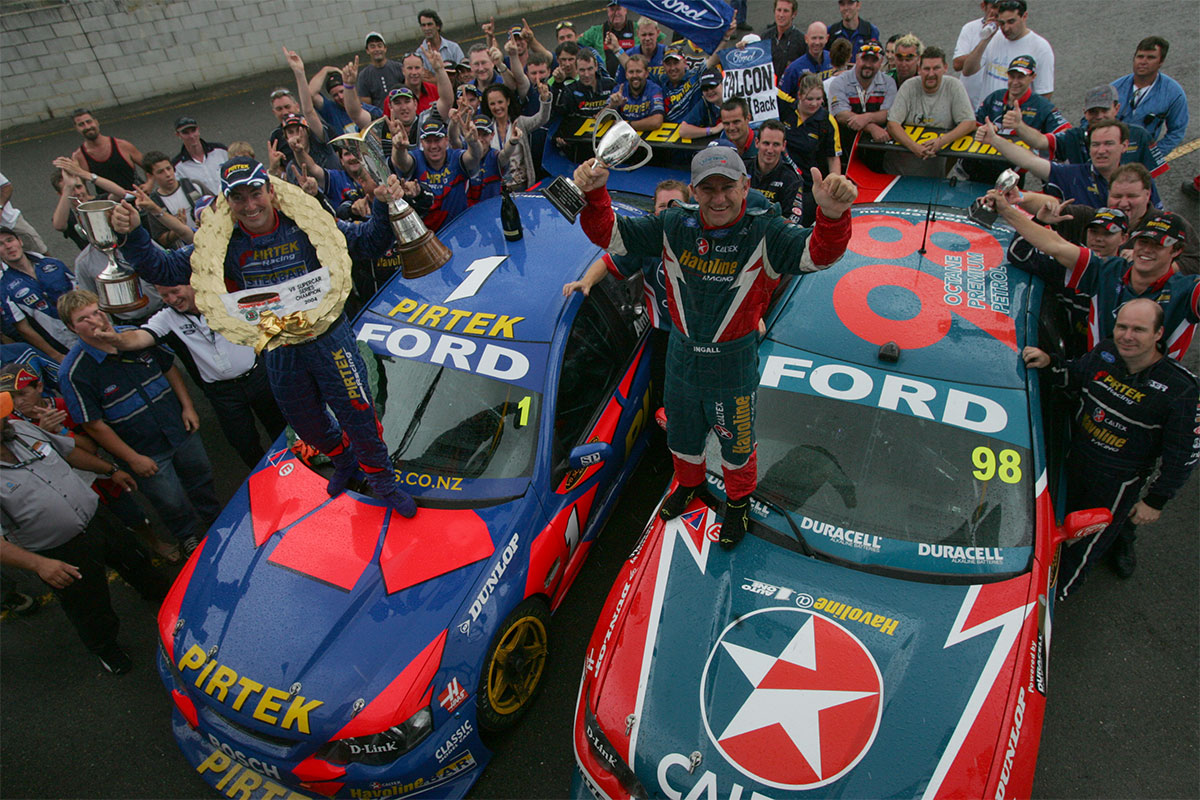 Having ended HRT’s run of five-straight titles in 2003, Stone Brothers Racing went a step further with a one-two in ’04.

Although only winning five of the 13 rounds between them, Marcos Ambrose and Russell Ingall were the class of the field over the season, amid a run of three-straight titles for SBR. 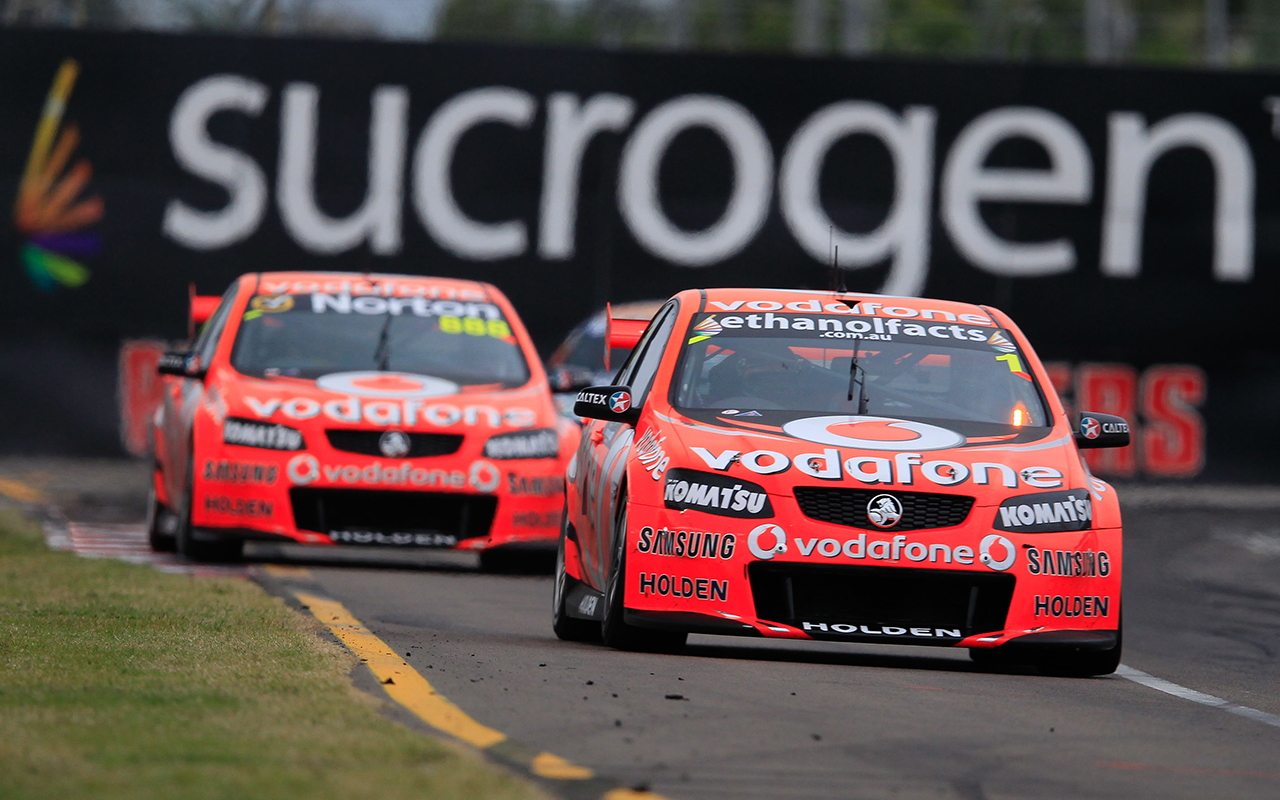 Triple Eight’s domination of much of the last decade has included four one-two championship finishes, having become the first Holden team to achieve the feat in 2011.

On a further two occasions a Triple Eight-built car has also joined one of the team’s own entries in the top two at year’s end, courtesy of DJR in 2010 and Tekno Autosports in ‘14.