Shane van Gisbergen has gapped the field in the ARMOR ALL Top Ten Shootout to claim a fifth pole of the season.

Last-man out van Gisbergen was over three tenths quicker than teammate Jamie Whincup around the Reid Park Street Circuit.

Will Davison, who swept the Sunday poles in Darwin, lowered the benchmark to a 1:12.713s to displace his teammate, albeit by 0.016s.

Whincup immediately went below Davison’s time by just 0.04s, with Tim Slade only good enough for eighth despite his standout performance in morning qualifying.

Only van Gisbergen stood in the way of Whincup’s bid for a first pole in 314 days, and 90th overall. 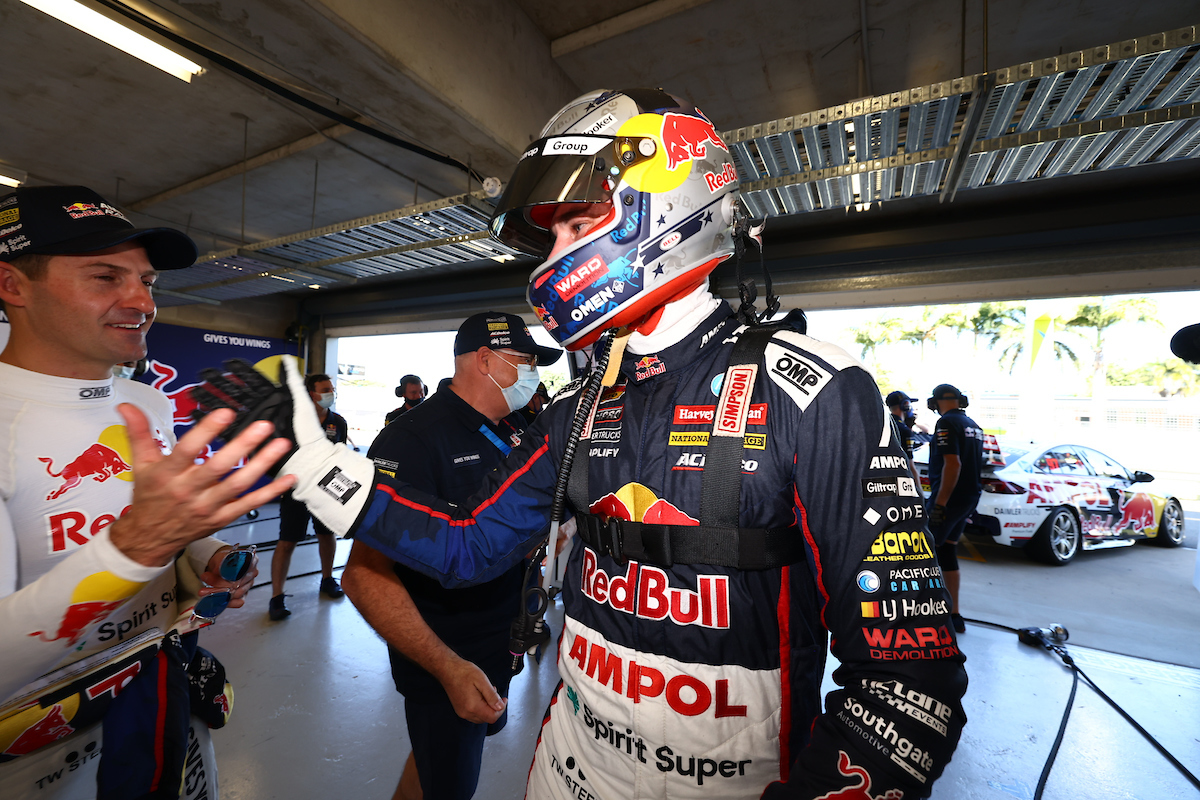 The series leader was flawless in all three sectors; he matched Whincup in the first sector, and pulled away across the rest of the lap.

The end margin between the two Red Bull Ampol cars was 0.3s, with van Gisbergen sailing to a fifth pole of 2021, and first since April’s trip to Tasmania.

It marked another hammer blow to van Gisbergen’s rivals, with the Kiwi to carry a 221-point series lead into Saturday afternoon’s first 250km race.

“I saw the splits through the middle of the lap and I just saved the tyre for the last sector, for the race; unbelievable.

“But, it actually gave me more grip because I wasn’t wheel-spinning.

“I’m just the lucky guy who gets to drive this car; it’s a pretty special place to be in at the moment.”