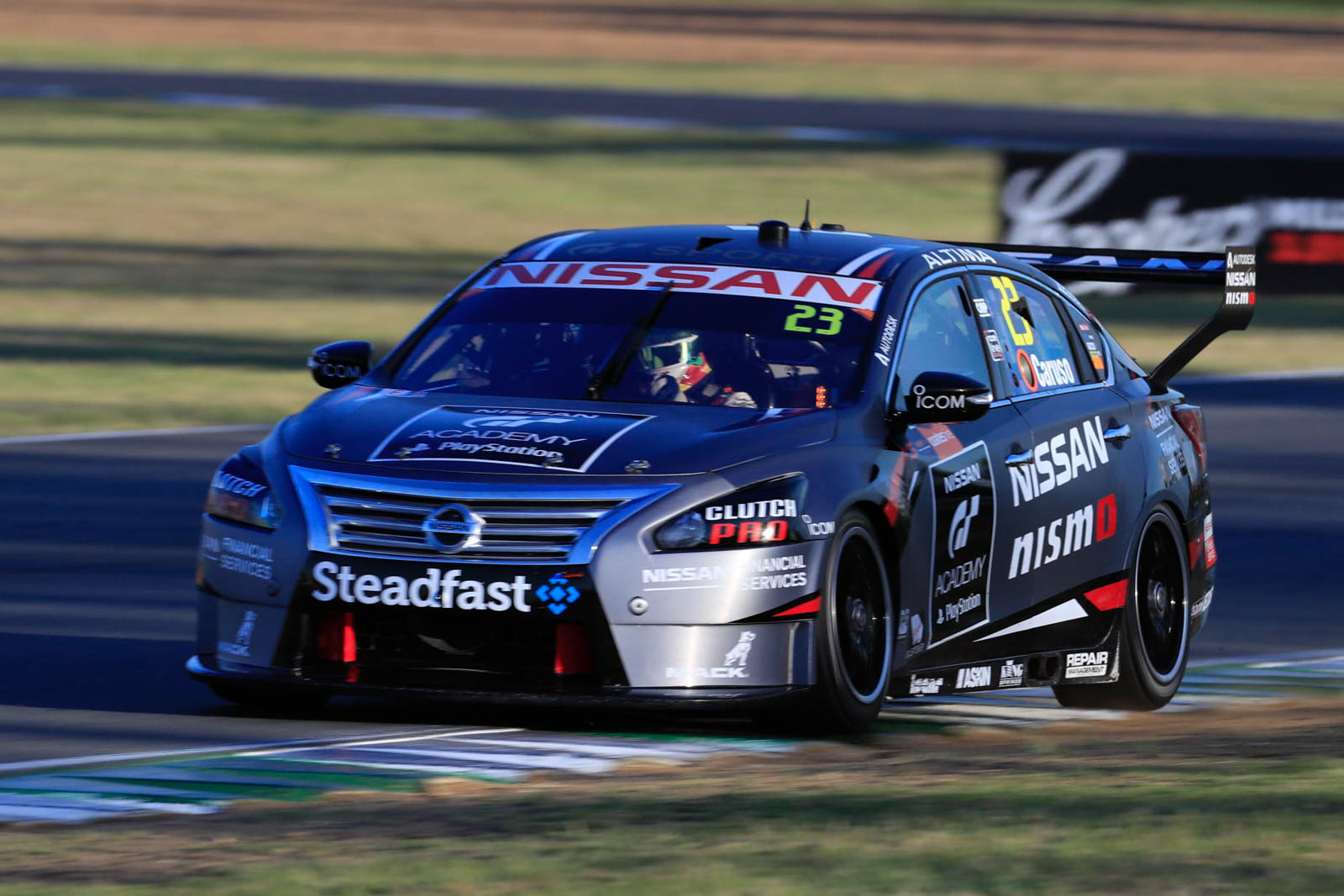 Michael Caruso has declared there is more to come from his Nissan squad and is hungrier than ever to perform at the enduros after a string of positive results in his Altima.

Caruso was one of the stand-out performers over the weekend at Queensland Raceway, after taking his second career win and Nissan's first since 2013 in Darwin last month.

Results couldn’t come at a better time for the 33-year old, who is off-contract at the end of the season.

Sitting seventh in the championship after racking up fourth on Sunday, Caruso was able to bounce back after an incident with Fabian Coulthard and a pit stop drama which were costly on Saturday.

"It's great to have a strong showing and get myself in that podium position – it's nice to know we're fighting amongst the main contenders," Caruso told supercars.com.

"I think it has been a bit of a trend this year that we've been progressing quite well and been strong everywhere, so it's not going to stop here, where we just sit back.

"We know we're going to be hungrier than ever after getting so close this weekend – so we've just got to keep working hard.

"Enduros are coming, and we all know how tough that is and how unpredictable, so we just need to be on top of our game."

Caruso has raced with the Kelly brothers since they transformed their Supercars team to a factory Nissan outfit in 2013 when the NewGen era began. His ideal scenario is to remain with the group, though Nissan is yet to commit to the sport for next season and beyond.

"At this stage it's all the same, nothing's changed, we're just sitting back and seeing how we go. Obviously it's great that I'm getting great results and that all helps, but I think at the moment it's wait and hold stations," Caruso said.

A number of drivers are off-contract, including 2007 and 2010 champions Garth Tander and James Courtney, and developing talents like Nick Percat and Scott Pye, so there is plenty to play out before next year's Championship.

"I'm not focused outside of our team to be honest, because, as I've said in the past, my preferred idea is to stay here. At the moment we'll wait and see.

"Ultimately [Nissan's decision] does have a big bearing but at the same time – for everybody in the group, be it myself, the brothers, and everyone in the team – where that is at needs to be understood."

For now the focus is forward on the enduros, which Caruso will contest for the third consecutive year with co-driver Dean Fiore.

The pair is keen to fly the Nissan flag throughout the Pirtek Enduro Cup and add to the third place finish earned in 2014 at the Gold Coast.

"Deano is driving really well, he's been strong in the co-driver sessions and he's a solid bloke – that's why I love having him back," Caruso said.

"We've had a podium together so we know each other really well, he knows the guys in our team as well.

"We've seen up and down pit lane those consistent combinations do equal results and we feel like we've got a good package."

On This Day: The Morris title winner