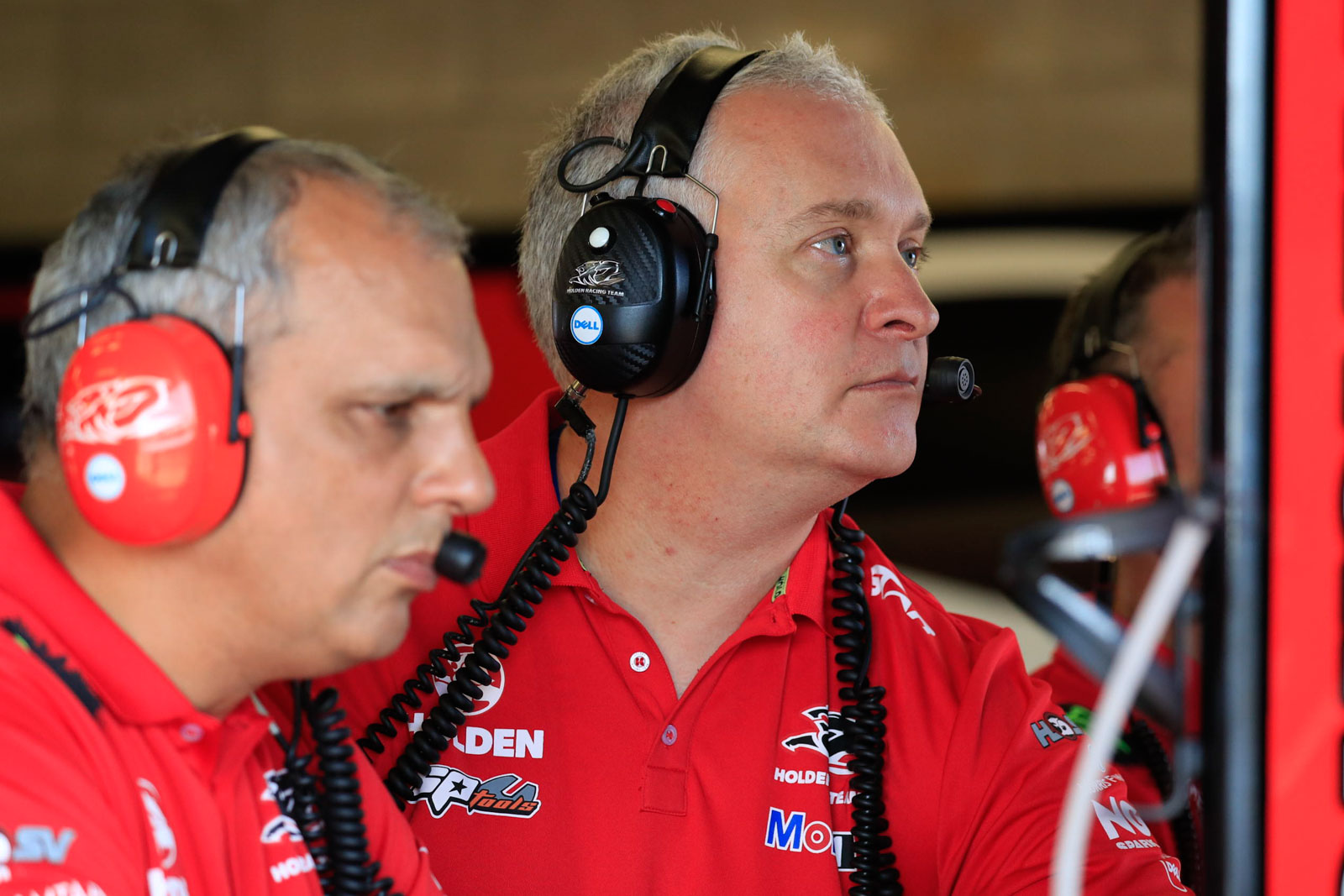 Tander served a pit lane drive through penalty in yesterday’s race for his role in the accident with Fabian Coulthard, and suffers a further 10 spot grid penalty today, pushing him from 10th to 20th after a kerb strike stopped him from registering a lap in the ARMOR ALL Top 10 Shootout. He proved he had pace qualifying third in the 20-minute session.

Learning of the penalty post-race yesterday, Tander insisted there would be further discussions given the severity.

Team boss Adrian Burgess praised the open-door policy from Bargwanna, but told supercars.com why they didn’t take the matter any further.

“You can understand a lot’s happened and understand a PLP, but a 10 grid spot penalty is probably a little bit too harsh,” he said.

“It wasn’t about appealing, it wasn’t about trying to cause a scene – after what we’ve all just lived through after the last event, we want to make sure we’re not over reacting because of the way we handled the last saga from Bathurst.

“It’s not denying any accountability or anything like that, we made a mistake and we put our hands up, that’s what you’ve got to do.

“So the comment at the time was ‘we need to talk about this after we were calm, after the event, not when the emotion is running high during the race’.”

Burgess reiterated that the first thing on their minds was ensuring Coulthard was ok, before hearing Tander’s side of the story and heading to Bargwanna’s office.

“It was a fairly robust discussion, I got my point across and was more than happy to listen to theirs. The door was open, it wasn’t shut – we need to discuss these things.

“Bargs did what he should do, I’ve got no issue with them, and don’t have an issue with the penalty although I think the extra part was probably a little bit too harsh.

“I can understand after listening to their rationale why they gave us that penalty.

“That’s yesterday, today’s Sunday – we’ll focus on the job, get the cars quicker and get up the front again.”

Whincup vows to fight on