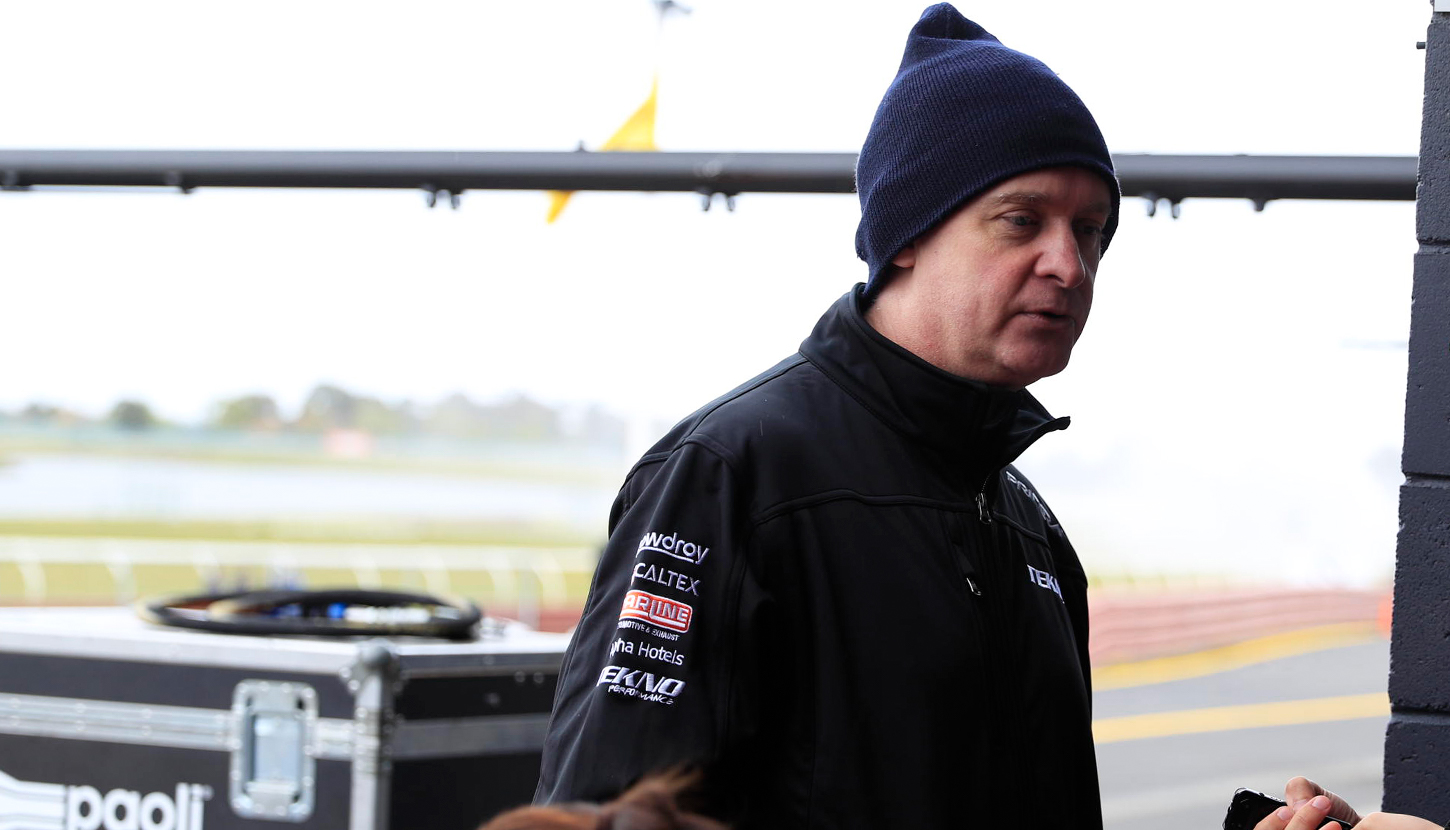 Out of Supercars since being let go by Walkinshaw in May, the Melbourne-based Burgess is lending a hand to the single-car Tekno operation for Sandown.

The Tekno garage is nestled between Burgess’ two former employers Triple Eight, which is a supplier to Tekno, and Walkinshaw at the top end of the Sandown pitlane.

“Adrian obviously has plenty of experience and we go way back,” Webb told Supercars.com.

“We were talking last week and I invited him here to hang out with us. It’s not a defined role, but I’d much rather have him on our side than anywhere else in pitlane.

“At the moment it’s just for the weekend, but we’ll see.”

Burgess says he’s open to continuing with the team through the remainder of the PIRTEK Enduro Cup events but downplayed his involvement at Sandown.

“The enduros are busy, Jono is driving so me coming in just takes a bit of pressure off,” Burgess told Supercars.com.

“I can give a helicopter view and provide an opinion where they want one.

“If that helps them I’m more than happy to go and do it (the rest of the enduros) but we haven’t spoken about that.

“We’’ll get through this weekend, I’ll see what they think and see what I’m doing.”

Burgess has been undertaking consultancy work since his exit from Walkinshaw and, while happy to be back in the Supercars paddock, says he’s not chasing a full-time return.

“You always miss it. I’ve been racing all my life, so it’s only natural (to miss it), but I wasn’t upset about not being here,” he said.

“There’s life outside Supercars. But it’s good to be back and going racing. It’s what I love.

“There’s a few things being discussed that could see me back in the paddock, but there’s not much to say.

“I’m not actively trying to seek a full-time job in a team, but there’s various ways I could be around that’s not necessarily team orientated.”

Burgess added that he’s been watching closely from the couch over recent months, providing feedback to Supercars from his experience.

“You see things differently when you’re not in the pressure of the garage,” he said.

“I shared a few comments with Neil (Crompton, commentator) in a couple of the races, just standing back as a punter, you’re seeking information that isn’t coming across on the telecast.

“I gave some feedback there and also suggested something to the Commission out of watching it. It’s been very interesting.”

Webb has meanwhile finally confirmed that he’ll return as a co-driver this year alongside Will Davison, having remained publicly non-committal until the eve of the first event.

“I enjoyed the laps I did the other day (in testing) and have been able to tidy up some work bits and pieces, so I can put that aside and have a drive,” he said.