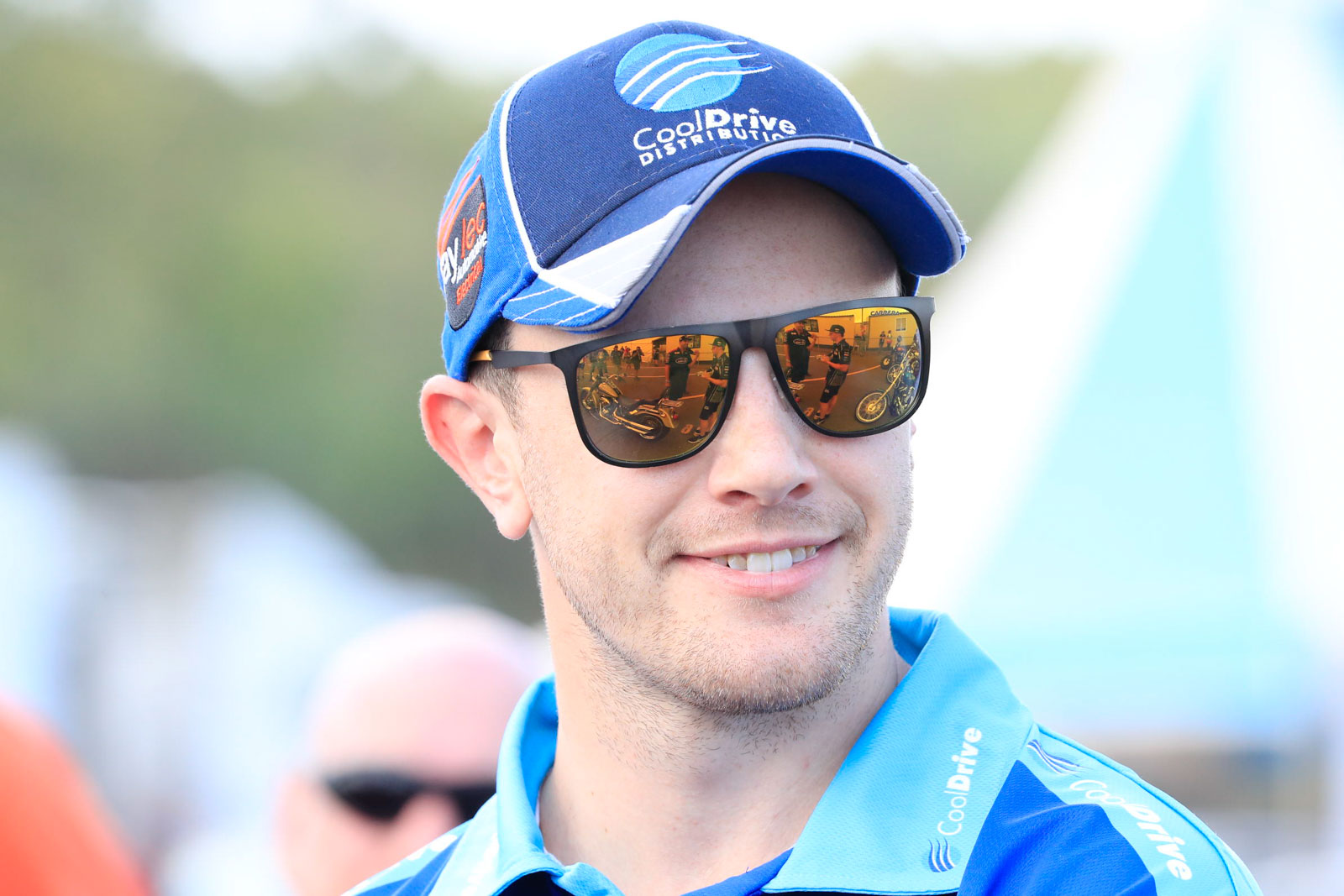 Tim Blanchard remains undecided over whether he’ll continue in the Virgin Australia Supercars Championship next season following a frustrating start to 2017.

The 30-year-old declared ahead of this season that he’ll step aside for 2018 if required in order to help his family business, CoolDrive, make the most of its Supercars investment.

In addition to sponsoring the #21 Brad Jones Racing Holden, the Blanchards purchased a Racing Entitlements Contract at the end of last year that is used to underpin the entry.

A former Australian Formula Ford Champion, Blanchard has struggled to find success in Supercars and currently sits 22nd in points, one place ahead of where he finished last year.

It has, however, been a tough season for BJR as a whole, with star drivers Tim Slade and Nick Percat 14th and 15th in the standings respectively.

Blanchard scored a season best result of 12th at Hidden Valley last month and backed it up with a 14th on Saturday in Townsville, where he was the first BJR Holden home.

“At the moment for me it changes race to race. If I have a good race I want to go again and if I have a bad one I’m happy to step aside,” Blanchard told Supercars.com of 2018.

“Ultimately I’m still enjoying it and I really want to keep racing. I feel like I’m doing a better job this year as well, even though the results haven’t shown it for various reasons.

“Really, I need to be a bit closer to Nick and Sladey. It’s still all up in the air but we’ll see how the next few rounds go.

“On my day, on a track I feel comfortable with and a car set-up that I like I can match Sladey and Percat, but when the car is outside the window I’m a fair way off those guys.

“It’s going to be pretty telling for me how close I can be against those guys at the next couple of rounds because I’ve struggled at Ipswich and Sydney a fair bit over the years.

“If I can be close it’ll give me confidence to continue next year but that can work the other way as well.”

Candidates for the drive if Blanchard does decide to step down would appear to include Macauley Jones, the son of team owner Brad, and endurance signing Todd Hazelwood.

Blanchard played a part in securing the 21-year-old Dunlop Super2 Series leader Hazelwood as his co-driver, showing he’s not shying away from being compared to young talent.

“I didn’t want to go out and find someone I was going to beat, it was about finding the best driver that was out there,” said Blanchard.

“If he’s quicker than me, great, nothing would make me happier because it means we’re going to have a really strong Pirtek Enduro Cup.”

Regardless of who drives the #21 Commodore next season, Blanchard says he expects for it to remain domiciled at BJR.

“A lot of things would have to change from the current situation to do anything different,” he said.

“There’s no formal agreement with Brad but I don’t see that changing. It’s the right place for us at the moment.

“Ultimately from a personal point of view I’d like to run my own show one day, but I don’t have the experience or the time at the moment to do that.”