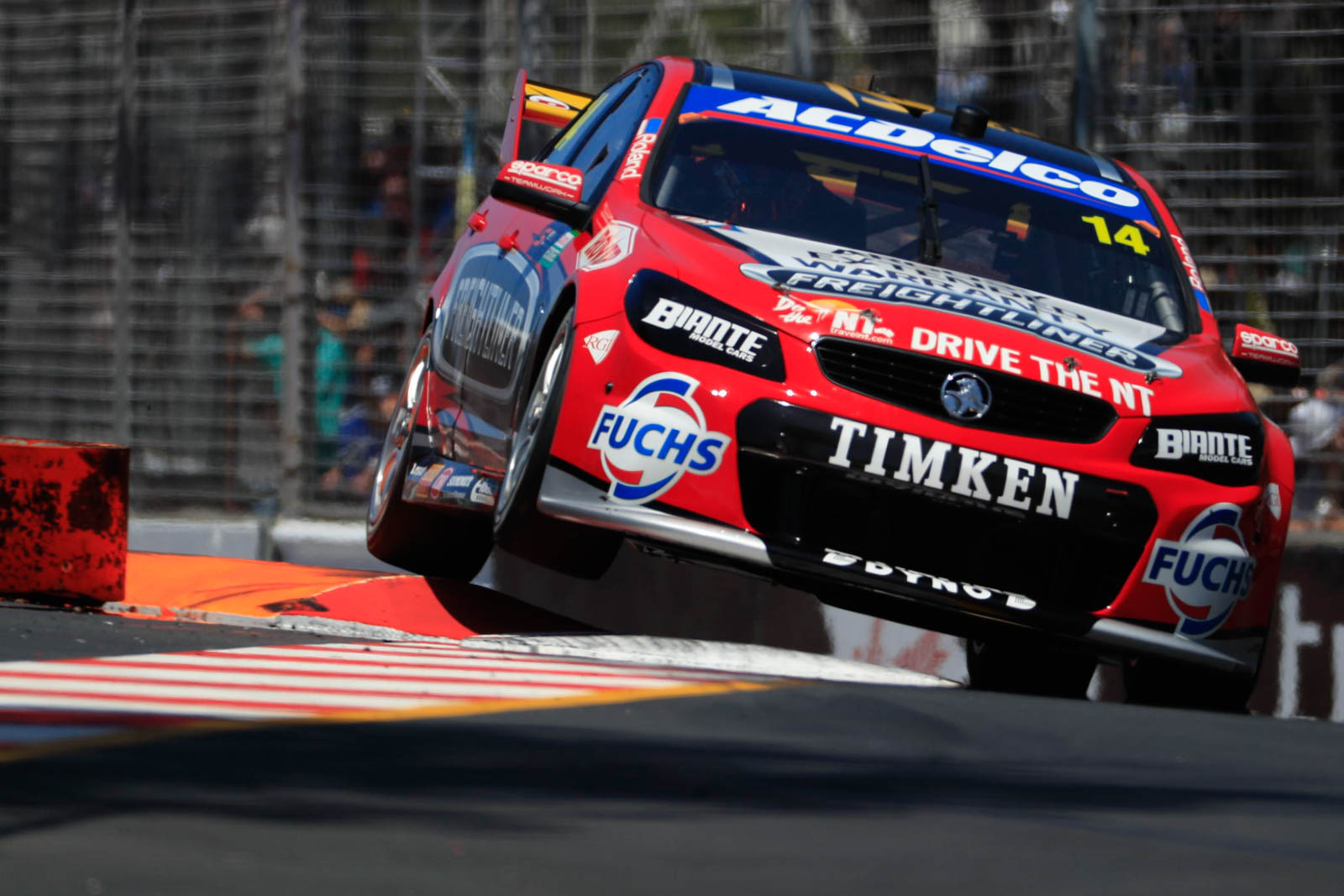 Bathurst fliers Tim Slade and Ash Walsh are in a hole on the Gold Coast as their Brad Jones Racing Freightliner Holden Commodore VF refuses to produce front-running speed.

It’s a problem that affects all three team cars, their issues highlighted by Walsh’s trip into the tyre wall at the final turn in the co-driver session.

Meanwhile Macauley Jones and Andrew Jones were 25th and 26th in the CoolDrive and BOC Commodores, the former taking a trip up the escape road on his fastest lap while the latter tripped the beachside kerb sensors on his fast lap which wiped the time.

“The car is pretty difficult to drive and not really providing any positive feedback,” said Slade, who along with Walsh staged an epic fightback to seventh from two laps down in the Supercheap Auto Bathurst 1000 two weeks ago.

“I think Ash just locked a front brake fairly late in the stop and that’s one thing we struggle quite a bit with, the front locking, and it is quite exposed at this track.

“It’s easy to be caught out the way the car is at the moment.”

Slade has a strong record at the tough Gold Coast street circuit, having finished second here in 2014, but he admits he doesn’t know if he and the team can find the handle and tune the car for competitive pace.

“This is probably their biggest bogey track throughout the year and their results here in the past aren’t because (team-mate Jason (Bright) and Fabian (Coulthard – Slade’s predecessor) are no good.

“It sounds pretty easy, just work the set-up to make the car works here. If there is anything we can change we are going to be changing it, but it is something that is a trait of these cars and it's difficult.

“We are a fair way off at the moment, but we will keep working away and just see what happens.”