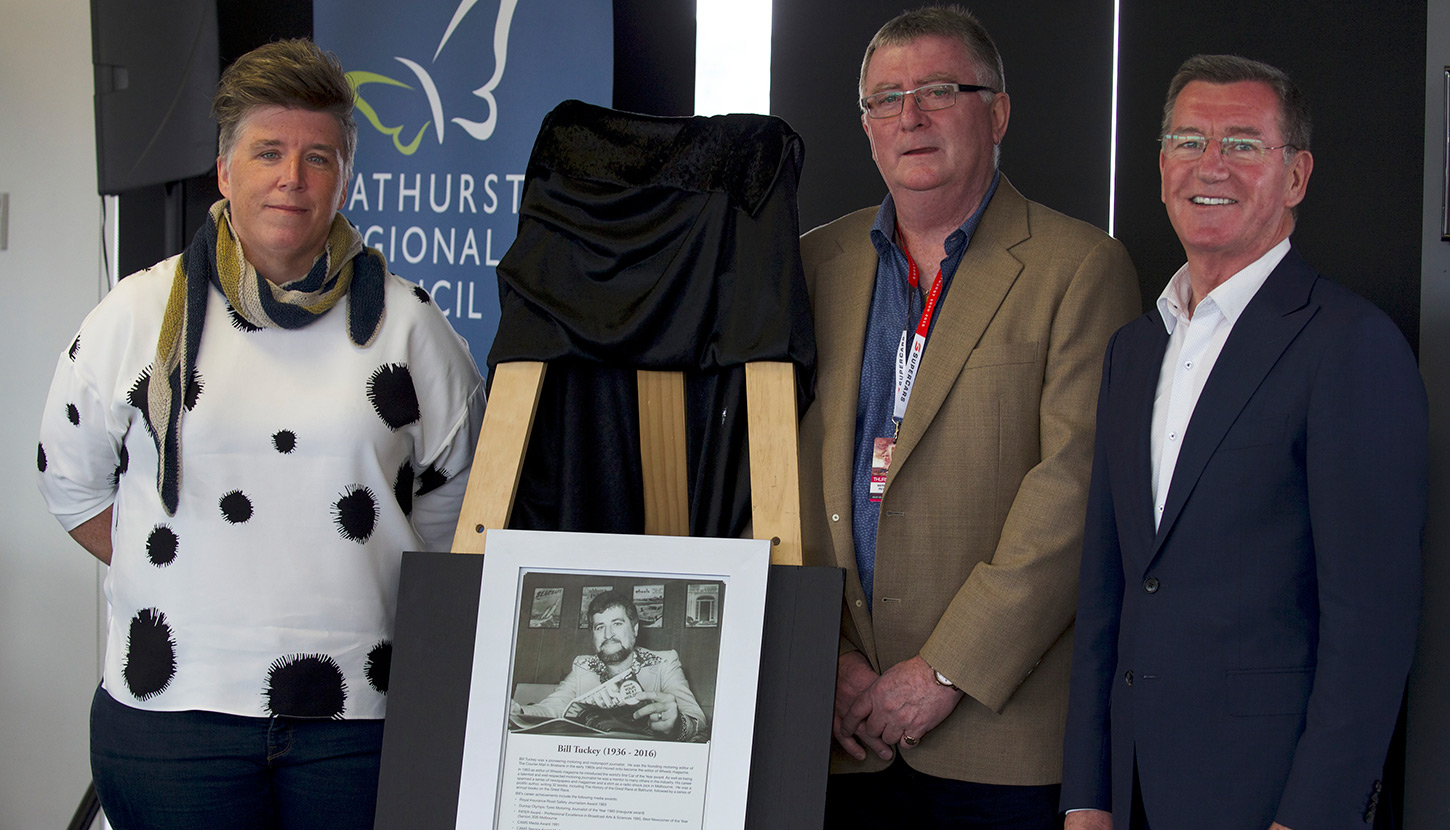 The media centre at Mount Panorama has been officially named the Bill Tuckey Media Centre.

He was also a prolific author, writing 32 books including The History of the Great Race at Bathurst. He also mentored many journalists in the industry.