Battle for the ages: Bowe and Seton's epic Sydney stoush

Battle for the ages: Bowe and Seton’s epic Sydney stoush

Battle for the ages: Bowe and Seton's epic Sydney stoush 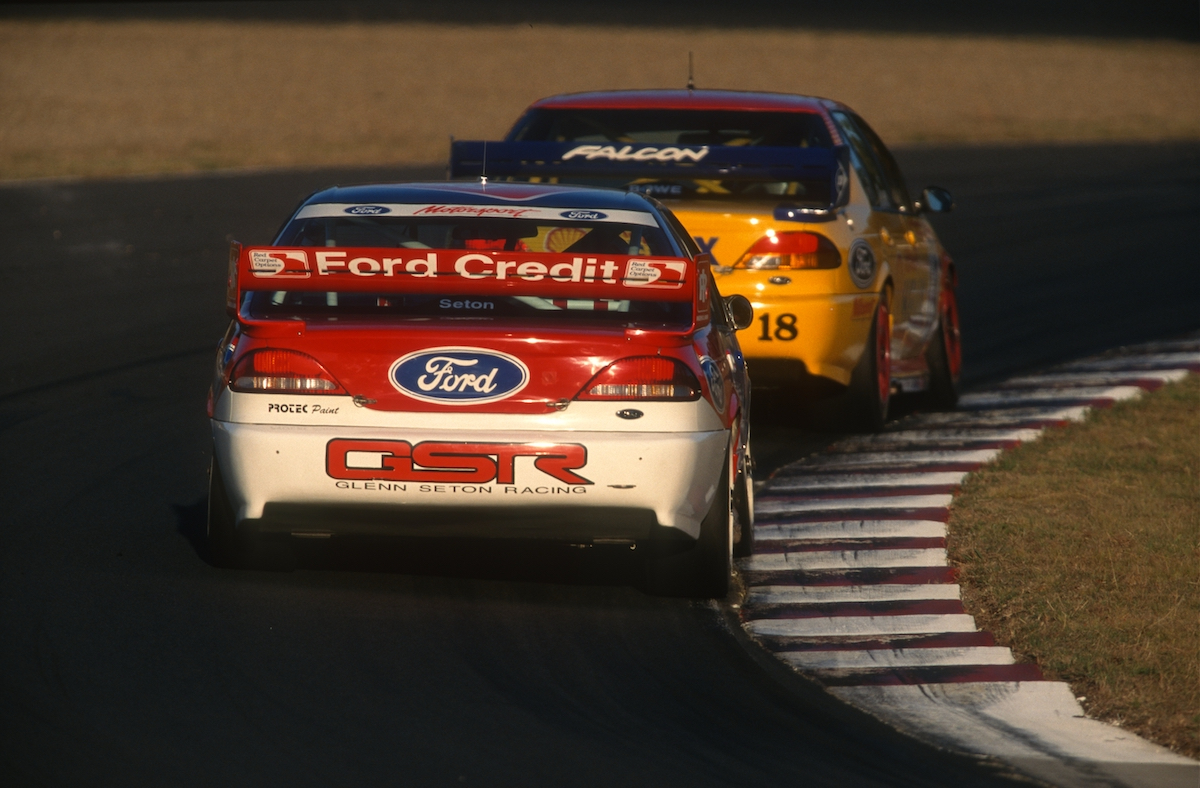 Only four drivers have won five or more races at Sydney Motorsport Park, which will host the next four rounds of season 2021.

Mark Skaife and Marcos Ambrose lead the way with 10 and seven wins respectively, with Craig Lowndes winning five races, including on debut in 1996.

Third on the list is Glenn Seton, who won seven races, headlined by round sweeps in 1993 and 1997.

The first championship round at Eastern Creek in 1992 belonged to John Bowe, who won both races.

Seton won the 1995 opener, but broke a gear lever while leading Race 2 with just laps remaining, handing race and round honours to Skaife.

Lowndes dominated 1996, but left for Europe for 1997. It opened the door for a new champion, with Bowe and Seton flying the flag for Ford.

To the sixth round of the 1997 season at Eastern Creek, Seton had won five of 15 races, but only had one round win to his name at Sandown.

Bowe was closest to Seton at Sandown, but had teammate Dick Johnson for company in the opening Eastern Creek heat. 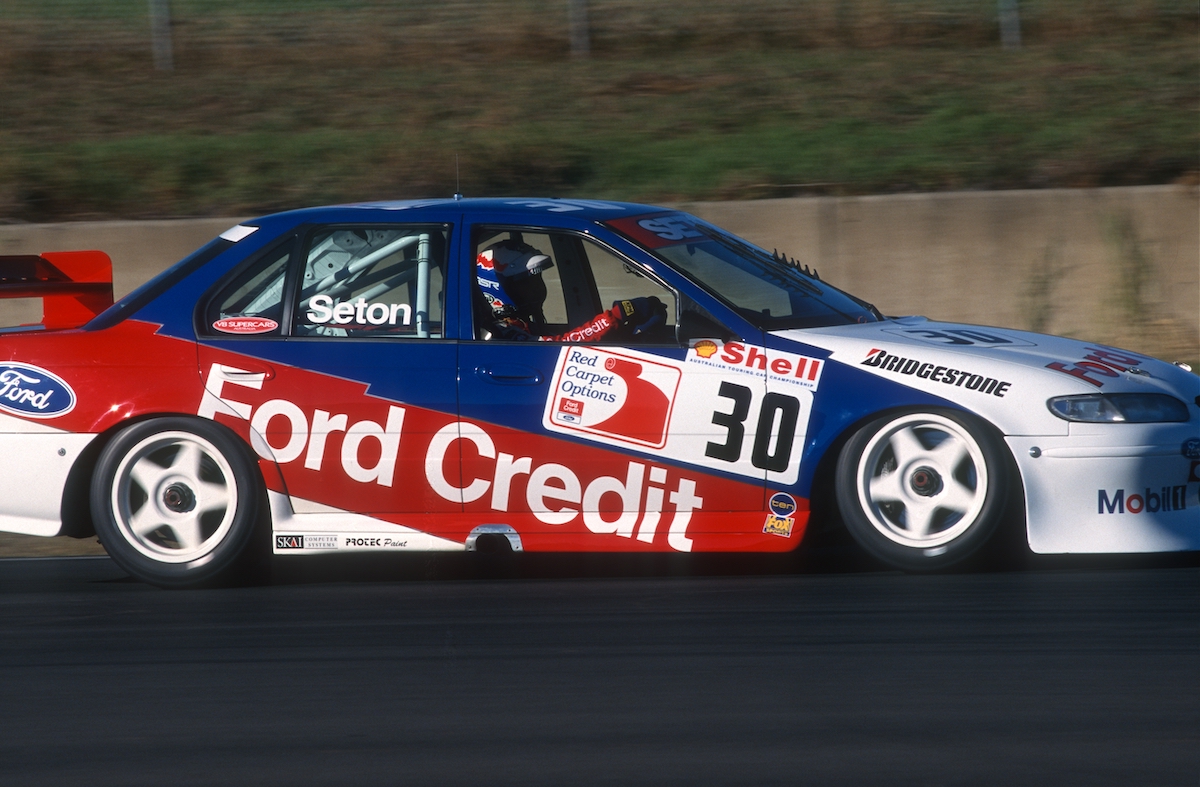 Seton won Race 2, with Bowe second ahead of Larry Perkins, Johnson and Ingall. Murphy, after a Race 1 DNS, had worked his way from 24th to seventh.

Come Race 3, and Seton was eyeing a second sweep of the season.

Bowe got the better jump of the two, but it was Murphy who brained all of them.

Murphy tried to squeeze down the inside of Seton and brushed the inside wall, allowing Bowe safe passage into the lead through Turn 1. 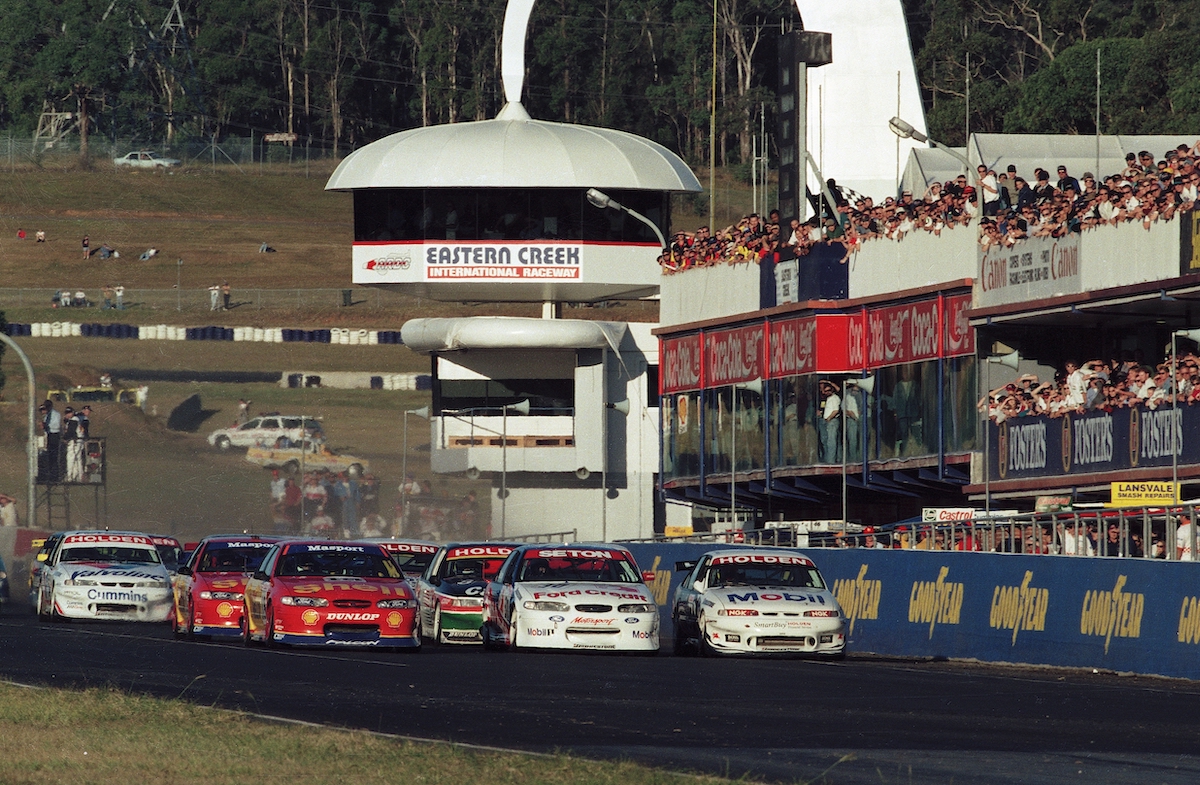 Murphy vaults from seventh in Race 3

Bowe, meanwhile, was desperate to snap a 38-race winless streak dating back to the Bathurst sprint round in 1996.

Lap after lap, under the setting Sydney sun, Bowe defied Seton and Murphy.

Murphy, eyeing his fifth race win of the season, suddenly spun off on lap 7, leaving Bowe and Seton to battle it out for victory.

In the closing laps, the commentary team expected Seton, who was fighting for the title, not to make any rash moves.

When lap 11 began, the late Barry Sheene quipped: "I can't see Seton risking it... it's nonsense... to risk anything would be foolish." 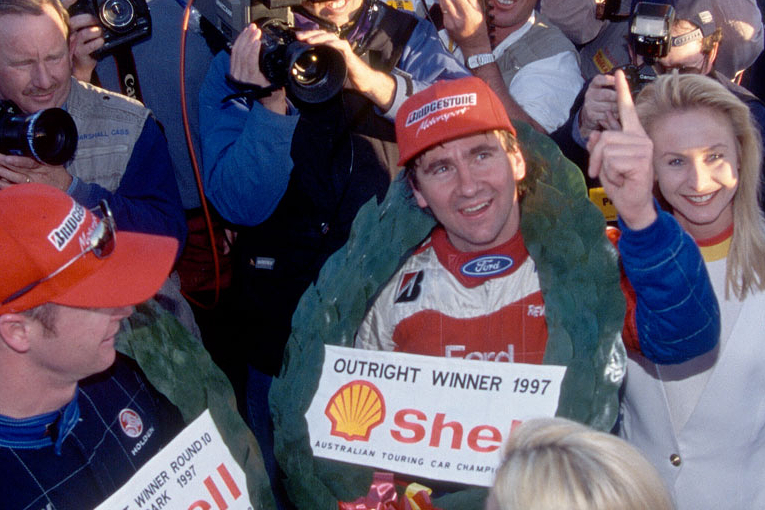 Bowe, who was known for 'being harder to pass than a kidney stone', took a shallower line into Turn 2.

Seton whipped right, swung in left, and stole the lead from his Ford rival, depriving Bowe of his first win in over a year.

Chewing on his drinks tube in his open-faced helmet, Seton clunked his way past Bowe to seal his Sydney sweep.

It was his 36th career win and second round win of the year. Later in 1997, over a decade on from his ATCC debut, Seton was a two-time series champion.

Seton's 1997 title helped him become the last owner/driver and single car team to win the championship.

Second overall at the Oran Park finale - despite race finishes of fourth, fifth and first - helped Seton beat Bowe to the title by 60 points.

After his Sydney heartbreak, Bowe would win the Lakeside round and a race at Barbagallo.

Neither driver reached the chequered flag at the Bathurst 1000, which was won by Perkins and Ingall.

Still, Seton's run to the 1997 title featured some remarkable racing, with no performance better than his calculated attack on Bowe in Sydney.

"[Winning the 1997 title] was such a special moment that I celebrated with the only burnout I did in my whole career," wrote Seton in his autobiography.

"The fact we had beaten all the big teams with a single car and six people was very rewarding."

The 2021 season will resume at Sydney Motorsport Park, which will host the Bunnings Trade Sydney SuperNight from October 29.

'The marks are still there': Absent McLaughlin's Bathurst legacy

Gen3 demonstrations set to feature at all 2022 events

How Kiwi teen Payne is adapting to life in Australia