Dick Johnson Racing duo Anton De Pasquale and Will Davison left the Beaurepaires Tasmania SuperSprint with four trophies between them.

De Pasquale led Davison in Race 8 to seal the first double podium for the team since The Bend last season.

Davison scored podiums in Races 7 and 8, with De Pasquale adding to his Saturday third-place finish.

Ambrose, who joined the broadcast team as a special guest at Symmons Plains, acknowledged the pressure for the new driver line-up to perform. 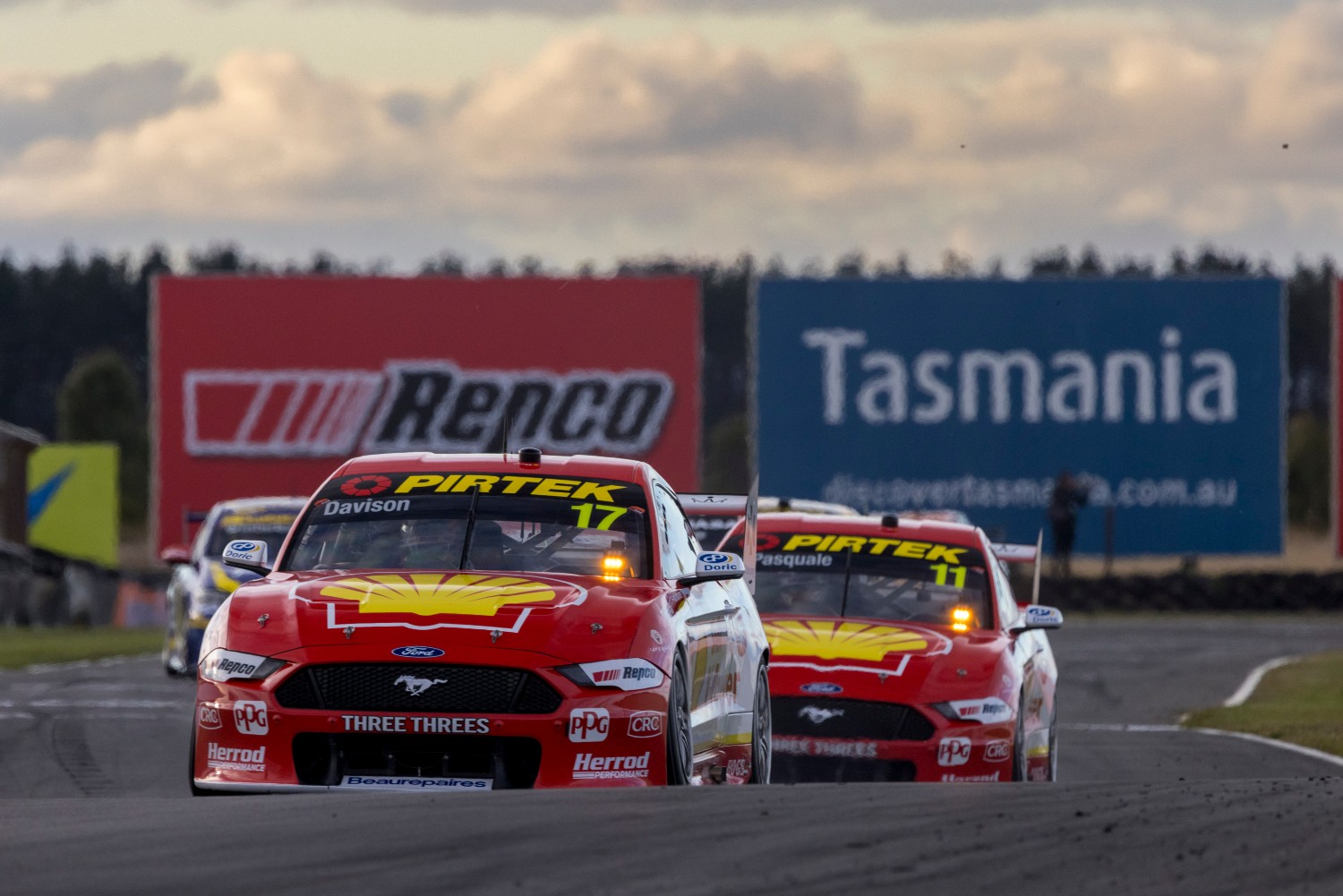 “Those two guys have got a big spotlight on them,” Ambrose told Supercars.com.

“A big hole was left there when Scotty McLaughlin left at the end of last year.

“All eyes are on them, and I know they are all feeling the pressure to try and emulate what [Scott] did and the last two or three seasons.

“The pressure really builds, especially if you don’t get an instant win or flash of brilliance.”

The Ford icon won 28 races in his decorated career and is 13th overall on the all-time winners’ list.

Admitting the short stint around Symmons Plains was enough for him for now, the 2004 Tasmania race winner praised the Shell V-Power squad for fighting back so quickly following Shane van Gisbergen's clean sweep at Sandown.

“It’s nice to see both of them run well, both Davison and Anton, it takes some pressure off, and they can focus,” Ambrose said.

“Now they are a top-three team, now they have to work on going faster from here, but now they have managed to steady the ship and take the pressure away.

“I think both will work well together, they look like they are good mates and working toward the same goal.

“I think you will find they will keep moving forward inside the team and build the team around them, which is what they need to do now.” 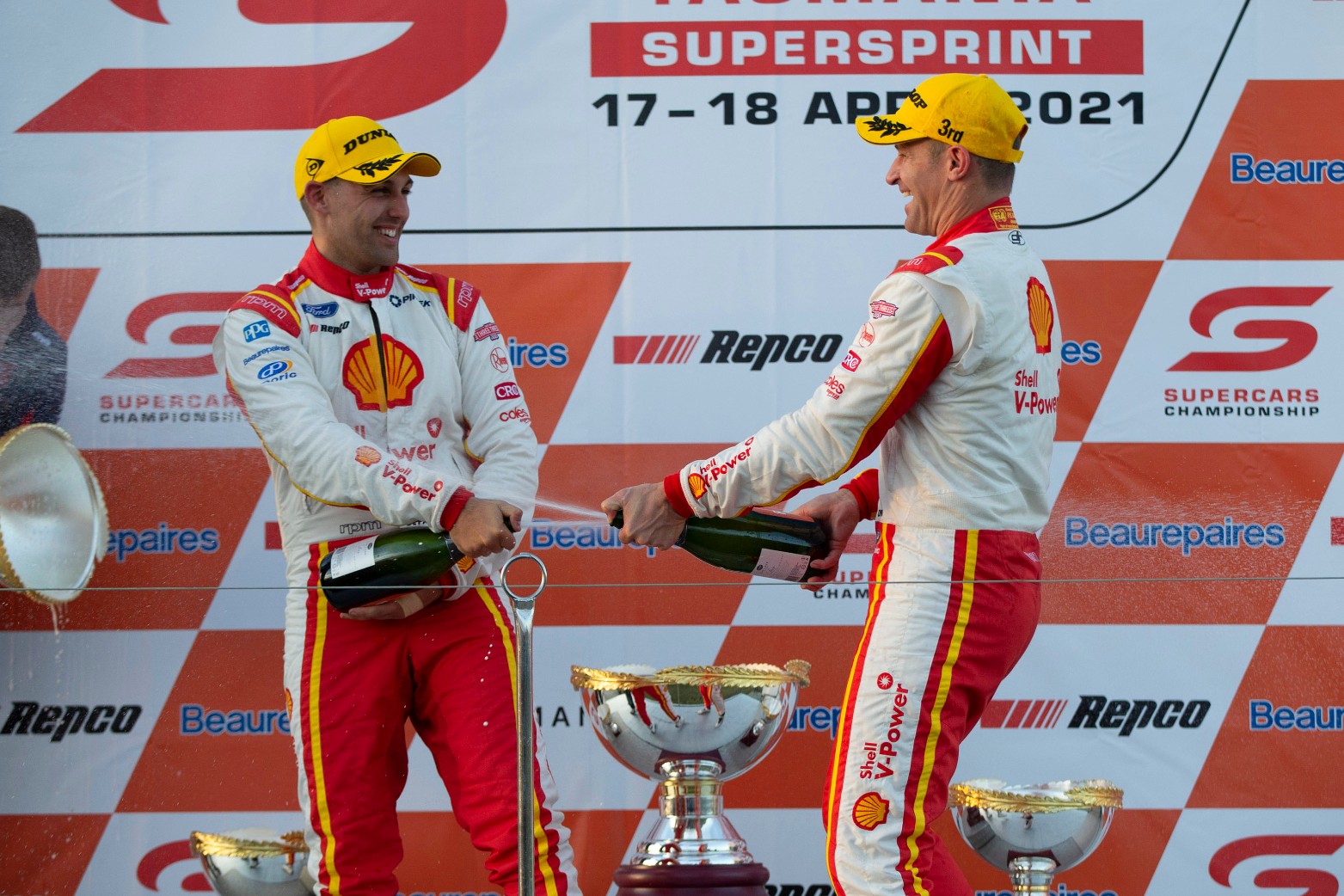 Following the team's success in Tasmania, Davison has risen to fifth in the championship, with De Pasquale moving up to eighth ahead of next month’s OTR SuperSprint.