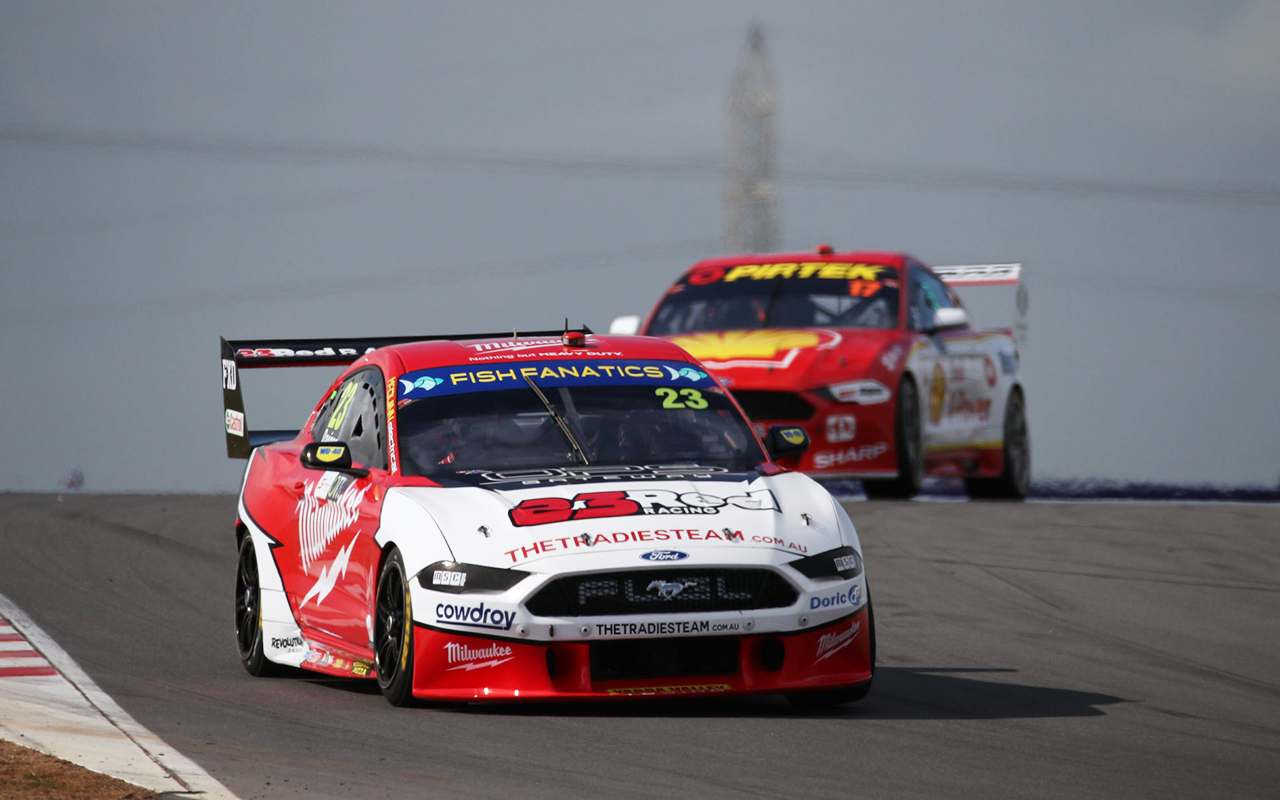 Tickford Racing continues to chase a solution to a reoccurring engine issue that cost Will Davison a potential victory at the OTR SuperSprint.

Having beaten polesitter Scott McLaughlin to the first corner, Davison led the first two stints before being jumped in the second round of stops by the Shell Ford.

The Milwaukee Racing Mustang lost crucial time at pit entry when a fuel overrun caused a momentary fire in the engine’s airbox.

Davison eventually finished second, marking his second podium in two events, but was left with mixed emotions knowing a win was up for grabs.

“I knew we were going to be reasonably tight,” Davison said of the equation heading into the crucial second stops, where McLaughlin executed a one-lap undercut.

“I thought we just had enough [lead] going in, but I knew I lost a lot of time [with the airbox issue], went down to about 18km/h, so I gave up probably two or three seconds there.

“So it's a bit shattering but then I was also relieved it got going again to be honest because it took so long to start accelerating, I was starting to panic it was going to be worse than second.”

Davison had also had an airbox scare on the way to his podium at Queensland Raceway, while Tickford’s Dunlop Super2 driver Thomas Randle spoke of a similar issue at that event.

“We certainly were aware of it, we had it last event, we put some measures in place to try and help it but haven’t quite nailed it.”

Regardless, Sunday’s front-row start and second-place finish marked a strong run for Davison, following an engine failure and lap one crash on the Saturday.

“It's really nice, it's really awesome to come to each event and be competitive. I’m really enjoying it,” he said of his current form.

“It was really good to be able to bounce back after [Saturday], which I thought was a missed opportunity.

“Certainly the engine letting go in qual, we should have been on the second row there and then getting involved in a bingle, so we just reset.”