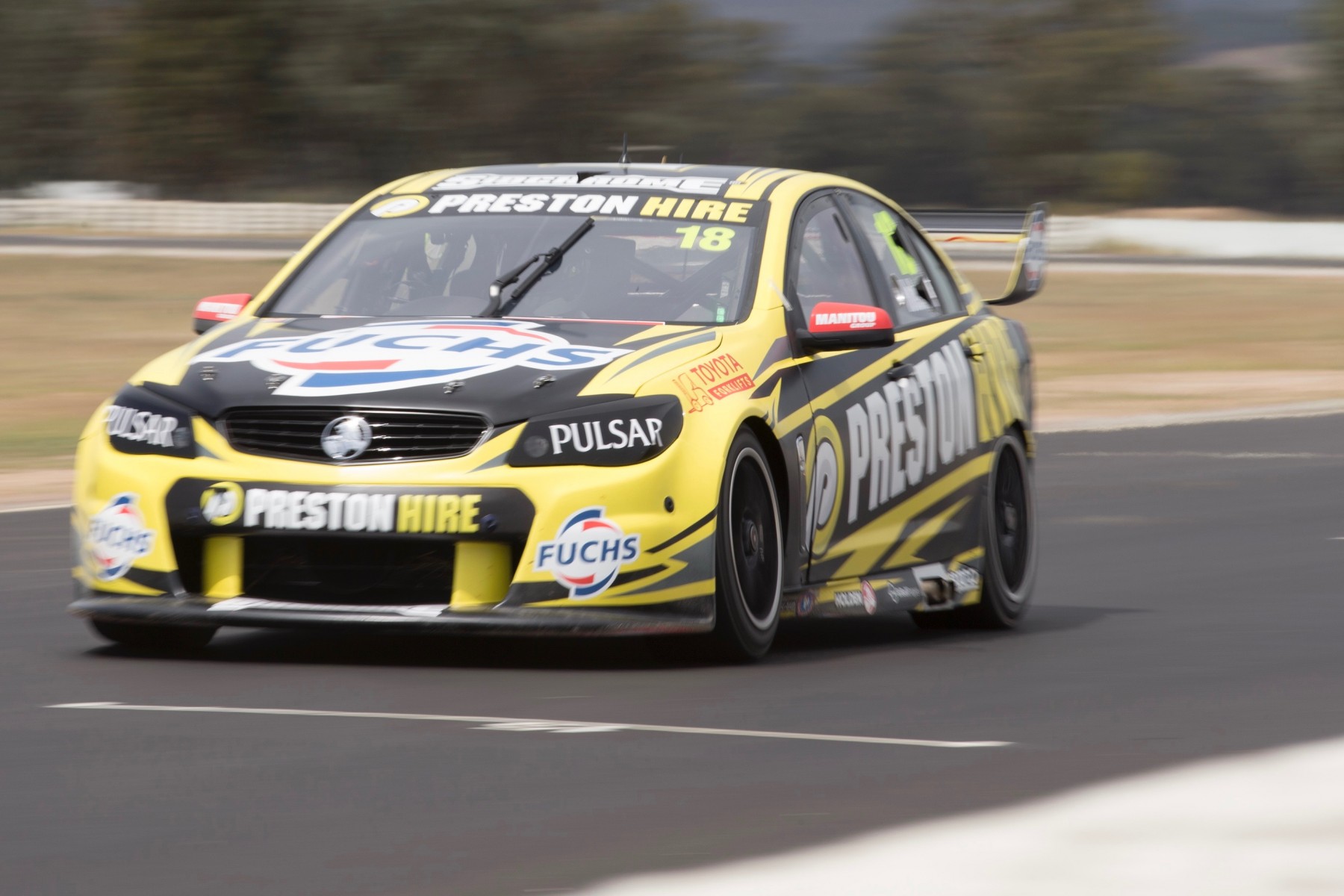 A test run in Lee Holdsworth’s Team 18 car was an enjoyable outing for Jamie Whincup on Tuesday, allowing the six-time champ to lend his expertise and sample the resurfaced Winton circuit.

The Red Bull racer jumped behind the wheel of his former V8 Supercar on Tuesday after 'choppering in' with engineer David Cauchi, as part of the agreement between his Triple Eight team and Charlie Schwerkolt’s Preston Hire Racing.

Whincup earned top 10 finishes at the Winton track last year and has taken four wins there in his career, but it hasn’t been a circuit the Triple Eight cars have starred on recently. So to have a steer and help get the #18 Preston Hire Racing Commodore up to speed has given Whincup a boost before the round.

Making solid progress, great to have the Bulls in town @redbullracingAU ??#SquadGoals pic.twitter.com/sJac0rKqI5

“I’ve had some wins there but we’ve been very dismal the last couple of years, so we need to do some work,” the six-time champ told v8supercars.com.

“It’s a completely different kettle of fish this year with the new resurface at the track.

“[Tuesday] was good, it was great for me to get my eye in and see what the new surface is like.

“But most importantly it was great to see car 18 do much better and hopefully they’ve got a better package moving forward.”

The Preston Hire Commodore is not the same specification as the current Red Bull racers, though Whincup didn’t think it felt that foreign.

“It was surprisingly the same. I expected it to be much different. I feel like we’ve changed so much in the last 12 months, let along two years – but it felt like a Triple Eight car.

“I’ve done a lot of kays in that car – that was our ride car for years – so I’ve done hours and hours of driving in that particular car. So put my seat insert in, felt like home and went round and round. It was good fun actually.”

Holdsworth said the team definitely had more knowledge of the car after working with Whincup and Cauchi.

It was a big day for the Queensland-based duo traveling to Victoria, but that’s all part of the deal.

“Obviously it’s a big effort to get down to Winton from Brisbane, but Triple Eight’s structure really looks after their customers. They absolutely go above and beyond to make sure that anyway who buys Triple Eight components is serviced to the best of our ability,” Whincup said.

“Cauchi and I jumped on a plane, jumped on a helicopter, got to Winton and did three and a half hours with them … from what I hear they went much quicker at the end of the day from our input.

“So that was nice – it’s nice car 18 is going much better and at the same time, we’re hoping the stuff we learnt yesterday will then transfer into our four cars, including Tekno for the round.”

The four teams that tested – also being Nissan, Volvo and Holden Racing Team – will have learned plenty for Winton, but there’s one round in Perth before the Victorian stop.

Barbagallo Raceway is another place that has been up and down, though Whincup’s earned five wins at the West Australian circuit.

“I’m feeling good, I feel like we’ve got as good a package as anyone – we just need to do a good job,” he said.

“Perth and Winton are very similar, we’ve had some really good weekends and we’ve had some absolute shockers, so we’re doing whatever we can to make sure we put on a good show come those events.”

Whincup is leading the Championship from Scott McLaughlin heading into the fourth event of the year.

As a Virgin Australia ambassador, he played a key part in yesterday’s launch, announcing the naming rights partnership, which will see the sport become the Virgin Australia Supercars Championship.