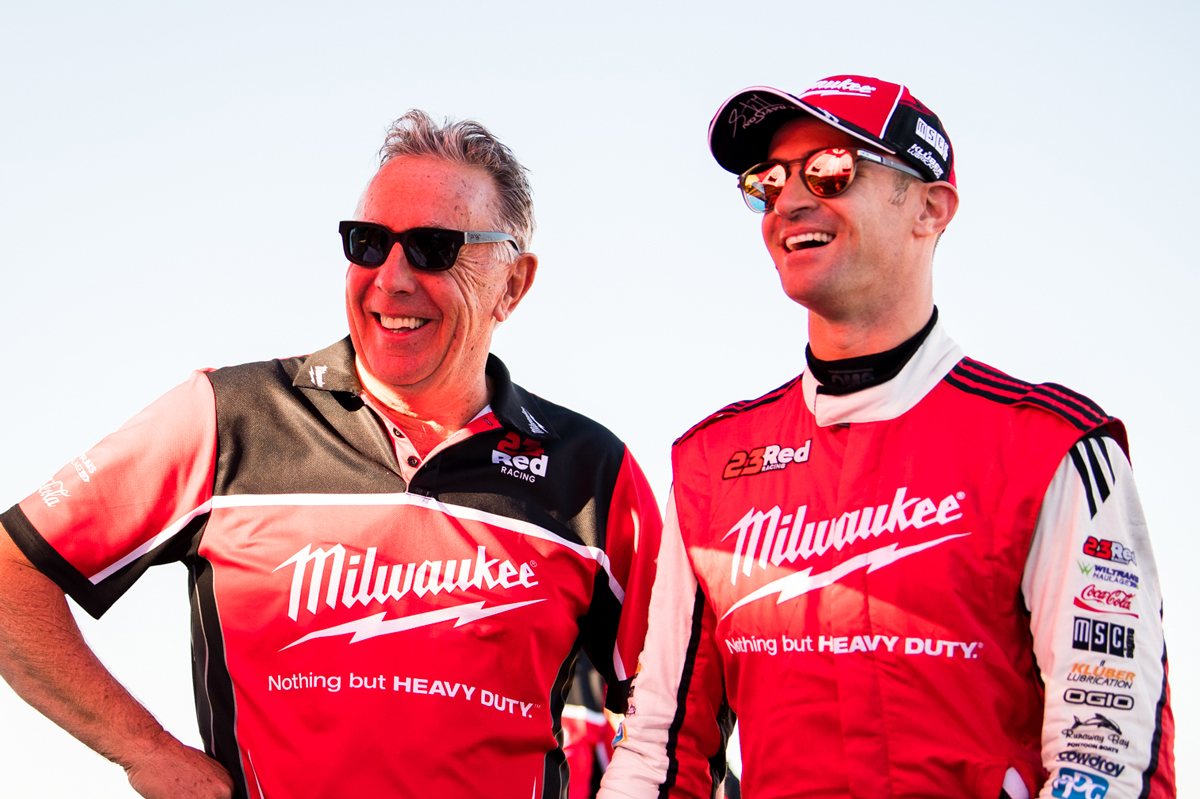 The result was 15th in the championship, splitting Tickford’s own four drivers in the final standings.

Highlights were eight top 10 finishes, including eighth in the opening qualifying and race of the season, and proving the top Ford home in the second heat at Tailem Bend.

Despite the promise, Munday has made the big decision to shut down his race shop and move in as Tickford Racing’s fourth car for 2019.

In the below Q&A, the now-retired panel beating mogul explains the rationale behind the move and why he has high hopes for the new season. 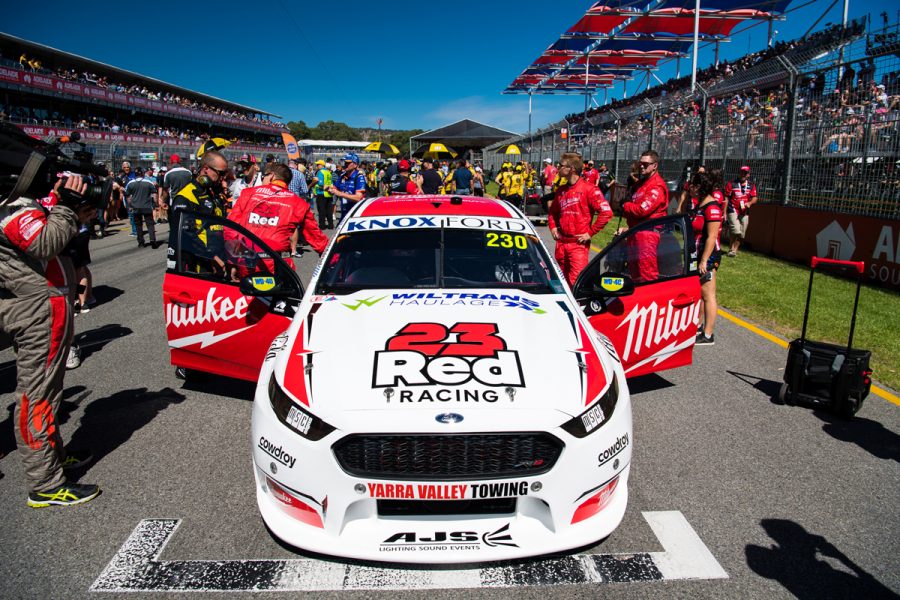 23Red Racing on debut in Adelaide

Phil, after a single year running as a standalone team, why pack it up and move in with Tickford?

When I came into this, I came in with an open mind as to ‘what would the future look like for me in this sport?’

I wanted to give it a red-hot go for this year and learn a bit about how it works.

Halfway through this season, I was thinking ‘how do I get into a better position for the next season and how much more money do I have to put into it to get to that point?’.

Or ‘is there a better way of doing what we’re doing, rather than being a single-car team, trying to push our way?’

So I spoke to Rod [Nash, co-owner] at Tickford maybe mid-year and we started to have a few discussions.

I have an engine deal, I have a technical deal with them, and I was talking about ‘is there a possibility of somehow we could push ourselves up into that space there (up pitlane)?’

From there, we’ve just sort of chatted and talked it through and now we’ve done the deal where we’ll move in as a customer into Tickford as... I hate calling it the fourth car, but I guess we’ll be the fourth car in their garage.

It’ll be 23Red Milwaukee Racing still, but we’ll operate as a team of four cars and those customer deals can work and they have worked in the past.

For me I look at that and think it’s the next progression in what I’m doing.

I don’t see it as a failure, I see it as a real positive, to actually go into that space to be able to push that next level into where we need to go. 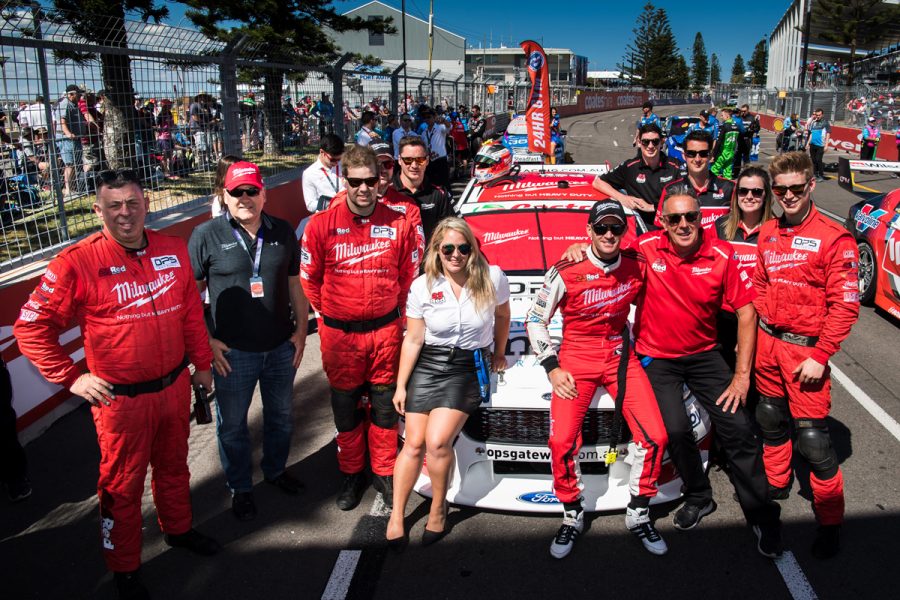 The 23Red crew in Newcastle

Will your current crew be able to slot into Tickford as well?

Yeah, my staff, my crew want to come across. I’ve spoken to them all, so I don’t think I’ve had any negatives.

I said to them, ‘this is a progression for you guys as well, you’re going to go from a single-car team to a four-car team that is one of the biggest teams in pitlane and one of the respected brands’.

Sure, they’ve had their ups and downs this year, but like any business, you regroup, you rebuild, and you get back out there next year. So the answer is simple for them.

And you’re keeping the composites department at your Kilsyth workshop?

The composites business has grown exponentially since the Mustang so we’ll do 70, 75 percent of all the Mustang parts and we’re well underway doing that now.

So I’ll keep the composite part of it, and I have a bar, I’ve got a very good corporate environment for our sponsors and we’ve used it for functions.

The actual race shop, which is a showroom, I’ll lease that out because our car will go into Campbellfield and run from Campbellfield (Tickford’s workshop). 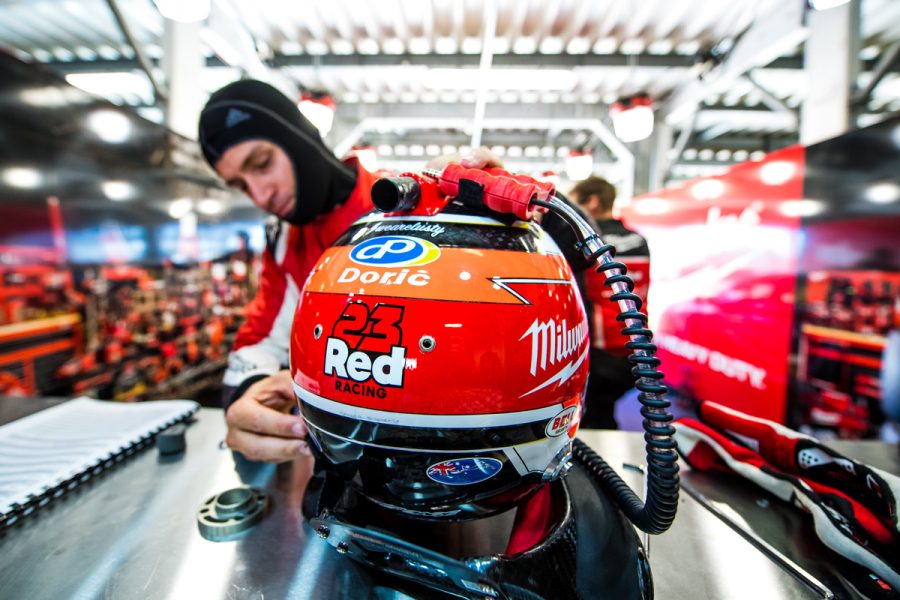 The 23Red team name will remain, despite the change

Will you keep running the GT3 Cup car or anything else out of your factory?

No. The Porsche was too much of a distraction for us this year.

I’ve got a Super 2 car, as you know, which I’m going to convert to a Mustang as well, and that car will be used as our show car, or a wildcard if I desire to use it for a wildcard.

Your car ended up right in the middle of the Tickford entries in the championship. Do you think you can bring something to the table to help them too?

I definitely think, and I’ve said this to Rod and to Tim [Edwards, Tickford team principal]; I think that we bring as much to the table there as they give to us as well.

Will’s a very experienced driver, a really cracking guy; I think I bring a bit of business acumen and stuff that I’ve learned and done through the years.

So I think it’s a really good, I won’t call it a marriage, but a joining of the businesses to be able to get that next level that we need to get. 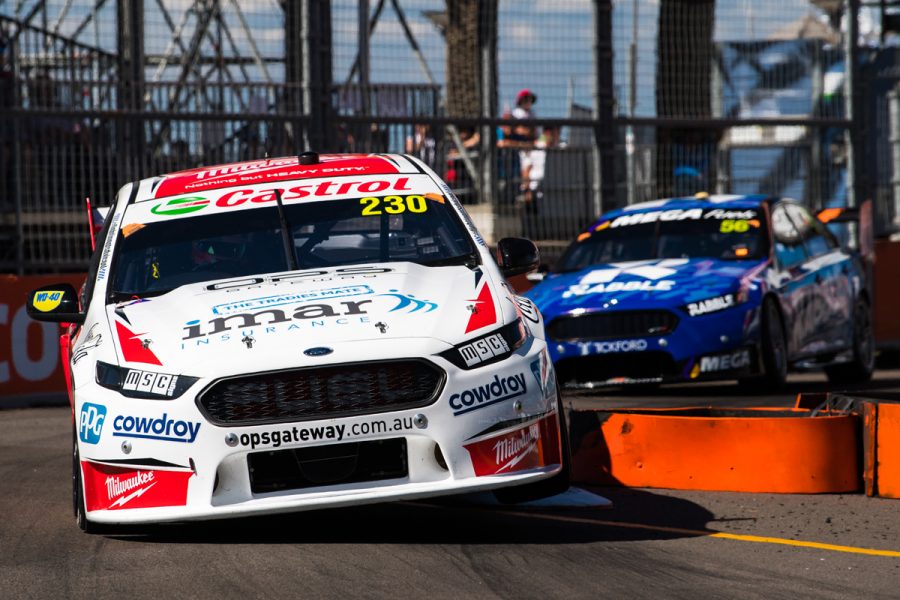 Davison finished in the middle of the four Tickford entries

You were very closely involved with Lucas Dumbrell Motorsport, you were more than a sponsor there, but has team ownership proved harder and more expensive than you thought?

Absolutely. I think as a sponsor, you’re shielded a little bit.

With Lucas, I was a lot more hands-on with LDM than most sponsors have ever been.

Lucas was maybe quite happy to stay around at the back of the pack and just be a part of the circus, not having that drive to get up to the pointy end of the field.

I’m so driven to get those podiums that it is number one focus of ‘how do I get to that next level in our business?’, and that is to win.

There’s some irony in this for Will Davison, going back to Campbellfield five years after he left.

It is irony, and I’ve spoken to Will. He is really excited to go back to get the support, because none of us are as good as all of us put together in something.

I look at these three drivers – there are going to be four in their stable, obviously – that they can sit in the transporter and talk about the issues that they’ve had in that day, in that practice session, in the qualifying, in the race, which you just don’t get here.

I don’t think Will’s ever sat with them at a race meeting this whole year, so he is really super excited just to get the collective of everyone’s brainpower in our business now, to take us to that next level. 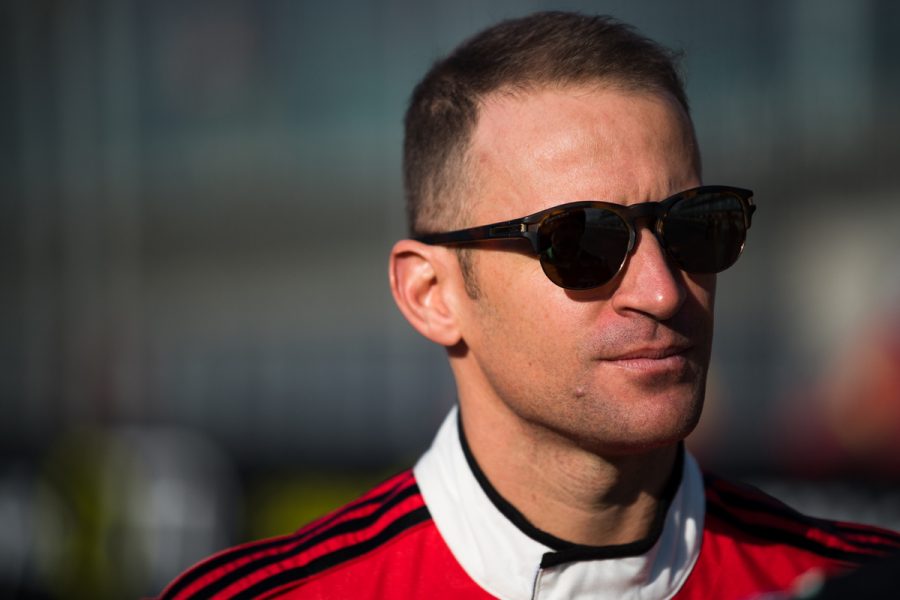 Rod is a long-time friend of yours as well, going right back to your earliest days in Supercars...

Rod and I go back, I think, to 1997, and I sponsored his ex-Coca Cola car, which was when he bought that REC (Racing Entitlements Contract to race in the championship).

Actually, when he bought the REC, I’d only just got involved in and he said, ‘you should buy half the REC with me’.

He bought Wayne Gardner’s team off him, so I started looking after Rod’s car then and that relationship’s grown, we’ve become really good mates.

Rod’s kids call me ‘Uncle Phil’, and they love uncle Phil’s garage because it’s got Streets ice creams in it!

So our relationship’s been really good and that’s the good part about what we’re going into here.

This is not just a customer team, it’s a friendship as well as ‘how can we collaboratively put all our stuff together?’