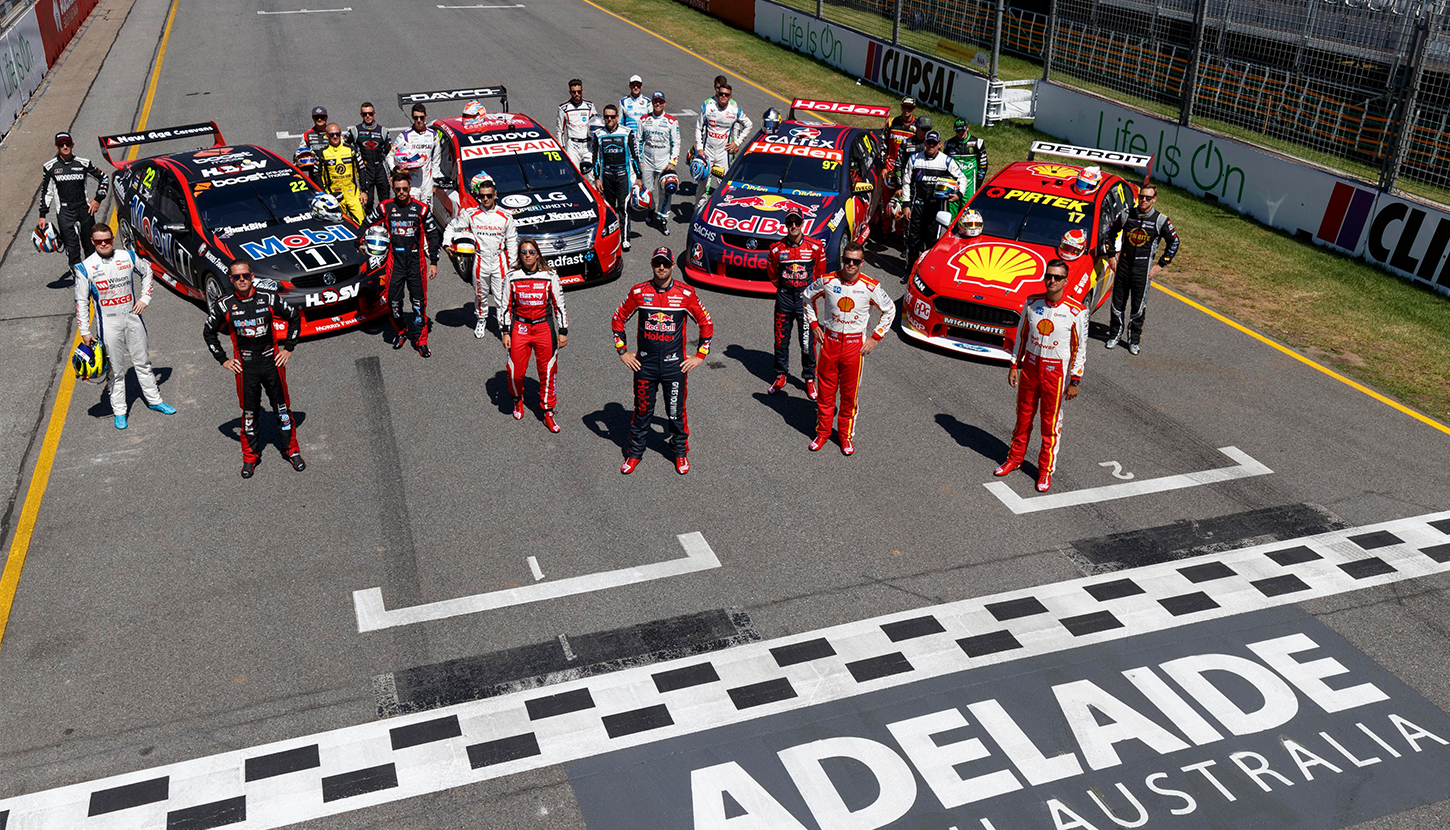 The Virgin Australia Supercars Championship has locked in the grid for the season-opening Clipsal 500 after Lucas Dumbrell Motorsport confirmed its line-up on Wednesday.

Rookie Alex Rullo will be joined by Taz Douglas in the team, finally completing the field after an off-season of some significant driver movements.

Joining Rullo as a rookie is former IndyCar driver Simona De Silvestro, who enters the championship on a three-year deal with Nissan Motorsport.

Kiwi hotshot Scott McLaughlin also made a high-profile switch from Garry Rogers Motorsport to DJR Team Penske, which is expected to emerge as a winning force this season.

Former series champion Garth Tander replaces McLaughlin at GRM, with the team reverting back to Holdens and marking a homecoming for the veteran who began his career with the same squad in 1998.

Jason Bright is another who returns to a former team, with the former Brad Jones Racing driver relinking with Prodrive in the MEGA Racing #56 FG X Falcon.

Nick Percat joins BJR as Bright’s replacement and will ditch his long-held #222 for the #8 synonymous with the Albury squad, running under the Team Clipsal banner in Adelaide.

Walkinshaw Racing’s new era as the Mobil 1 HSV Racing team is also signified by the signing of former Penske driver Scott Pye on a three-year deal.

Erebus Motorsport welcomes Dale Wood to its team in 2017 after the former Dunlop Series winner made the switch from Nissan Motorsport.

Pither has already been confirmed as an Erebus endurance driver, while Andre Heimgartner moves to the Carrera Cup and Shae Davies returns to the Dunlop Super2 Series.

01/03/2017
Stay In The Know
Sign up to the Virgin Australia Supercars Championship Newsletter
We use cookies to ensure that we give you the best experience on our website. If you continue to use this site we will assume that you are happy with it.Ok